While the expansion benefits from a base effect of poor performance last year, it suggests global tech demand is improving after being battered by the U.S.-China trade war. The two countries entering a phase-one trade deal later this week should further support demand. 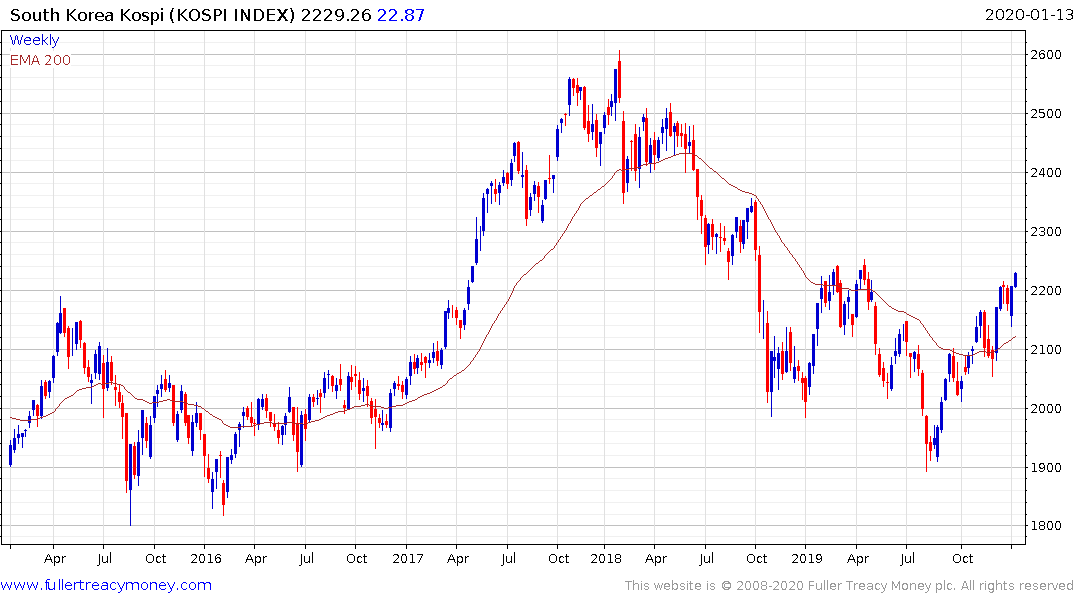 South Korea is the world’s 11th largest economy and therefore is not usually considered when people look at periods of synchronised growth. Considering how globally oriented South Korea is, it is often a lead indicator for the global economy. The country’s negative growth was a sign the period of synchronised global growth, that characterized 2017 was unlikely to be repeated in 2018.  The question investors should be asking is whether the return to performance is a sign global economic growth is going to surprise on the upside in 2020. 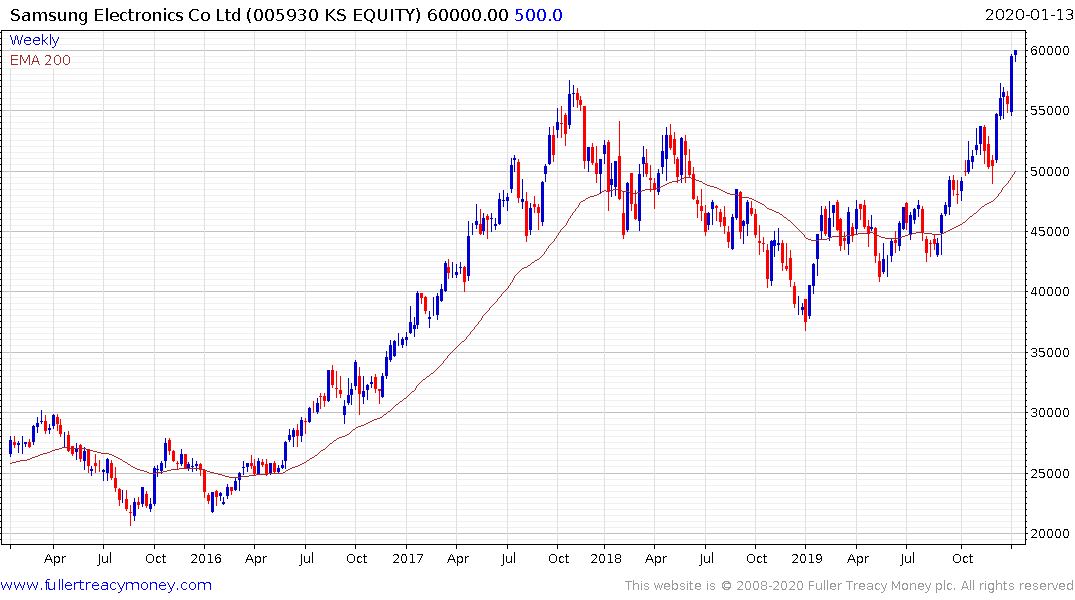 The Philadelphia Semiconductors Index broke out to new highs in October. Over the course of the last six months it has posted four mini-consolidations in the order of 100 points. Therefore, a reaction of more than that would be required to signal mean reversion is underway.