The Reserve Bank’s hawkish stance is likely to draw criticism from politicians and labor unionists, who say it should be doing more to support the economy and reduce unemployment that’s at a record high.

The central bank cut the key rate by 300 basis points last year. Its contribution to an economic recovery will now be predictable policy, according to Deputy Governor Kuben Naidoo.

“You need low, predicable rates during the recovery to support economic activity, to encourage people to lend, to encourage businesses to invest,” he told reporters. “That’s the contribution of the SARB during a crisis.”

South Africa has joined the ranks of countries signaling the lows for rates are in. Interest rate differentials are once more a factor in how currencies are valued. Commodity exporters are leading this trend because of their much-improved balance of payments and that is true of both emerging and developed markets. 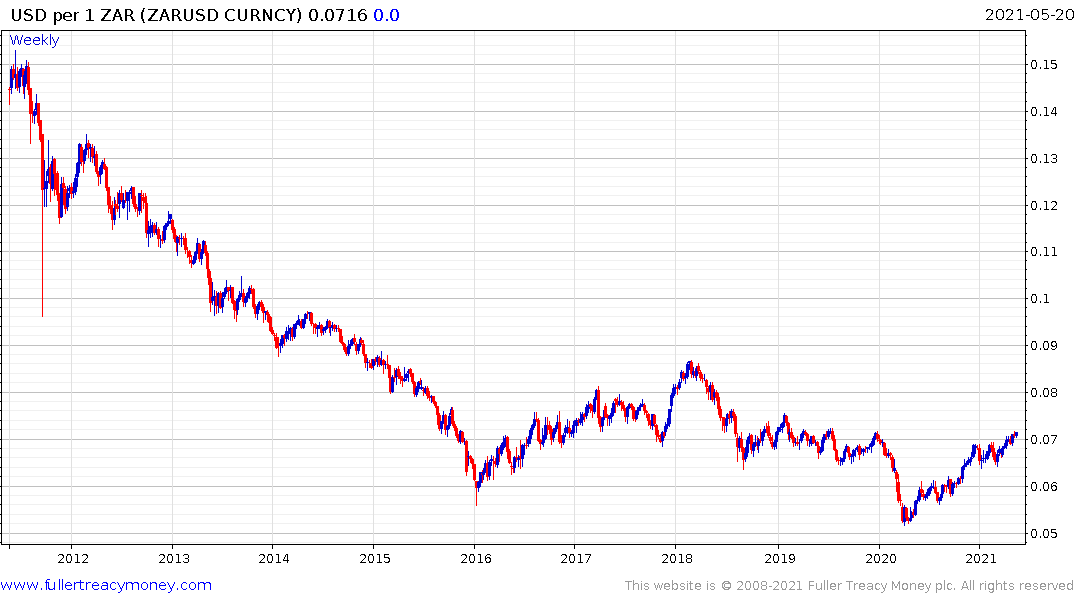 The South African Rand has been forming a base formation since 2016. It failed to sustain the downward break in 2020 and continues to march back up towards the highs near $0.08. A sustained move above that level would complete the bottoming process and signal a return to medium-term demand dominance. 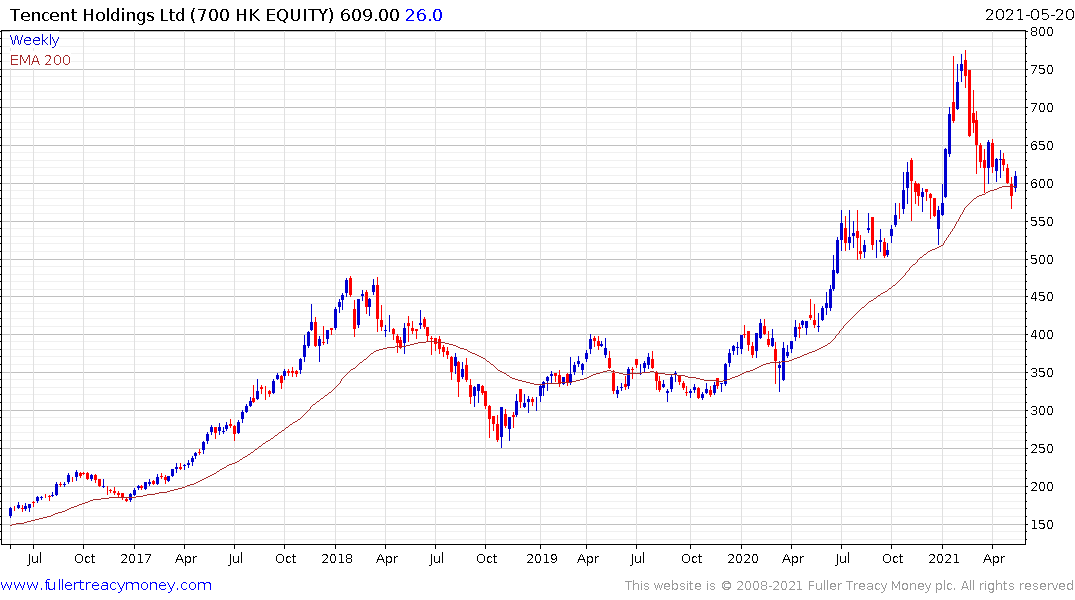 Prosus and Naspers have a combined weighting of 20% in the Johannesburg All Share Index which represents significant exposure to Tencent. 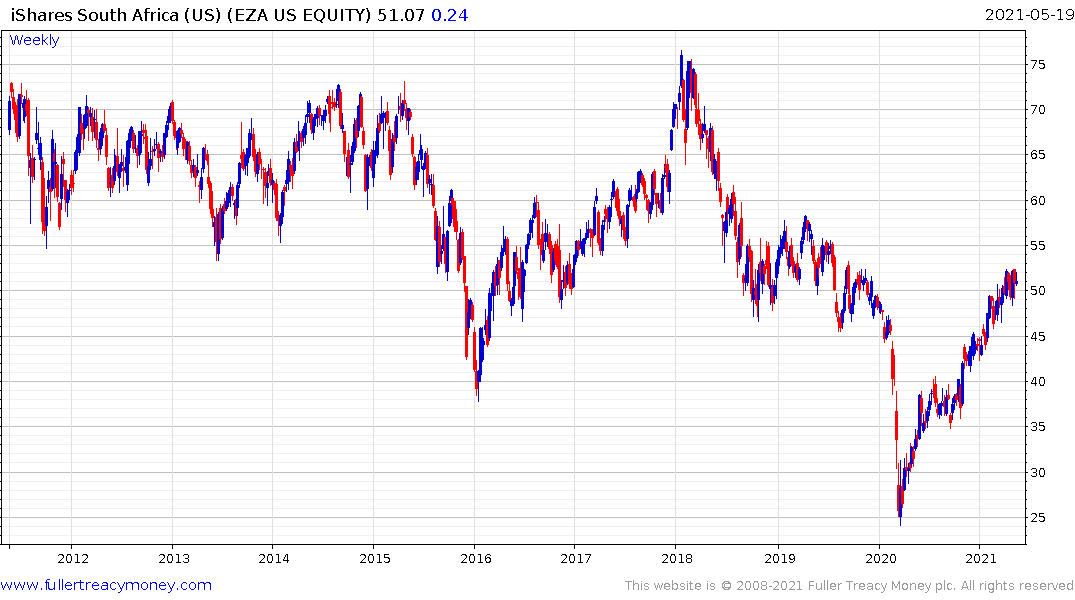 The other big weightings are global Autonomies like BHP, Anheuser Busch-Inbev, British American Tobacco, Glencore, Anglo American and Richemont. The iShares South Africa ETF found support in the region of the 2008 lows last year and continues to extend its recovery in a consistent manner.