“Rising interest rates have increased the cost of servicing our debt, commodity prices have declined and the depreciation has pushed up inflation”

Fiscal space built up in the early 2000s has diminished 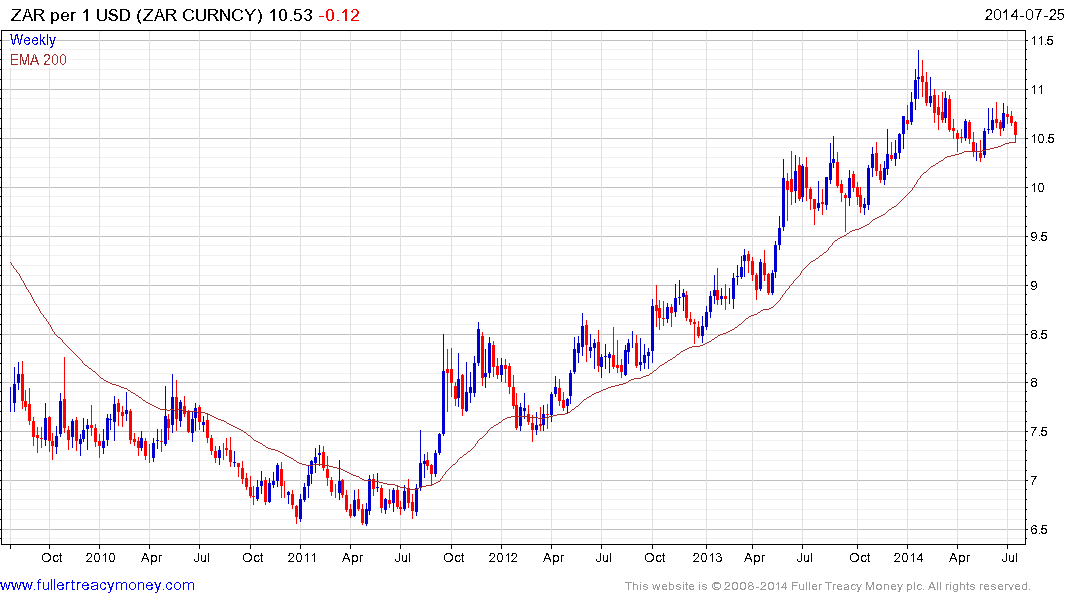 The US Dollar accelerated to a medium-term peak near ZAR11.5 versus the Rand in January and encountered resistance near ZAR11 from June. It is now testing the region of the 200-day MA and a failure at this level would further challenge the consistency of the three-year uptrend.

Some of South Africa’s retailers have been among its weakest sectors over the last couple of years, but it is noteworthy that their recent signs of renewed investor interest coincide with the stabilisation of the Rand. 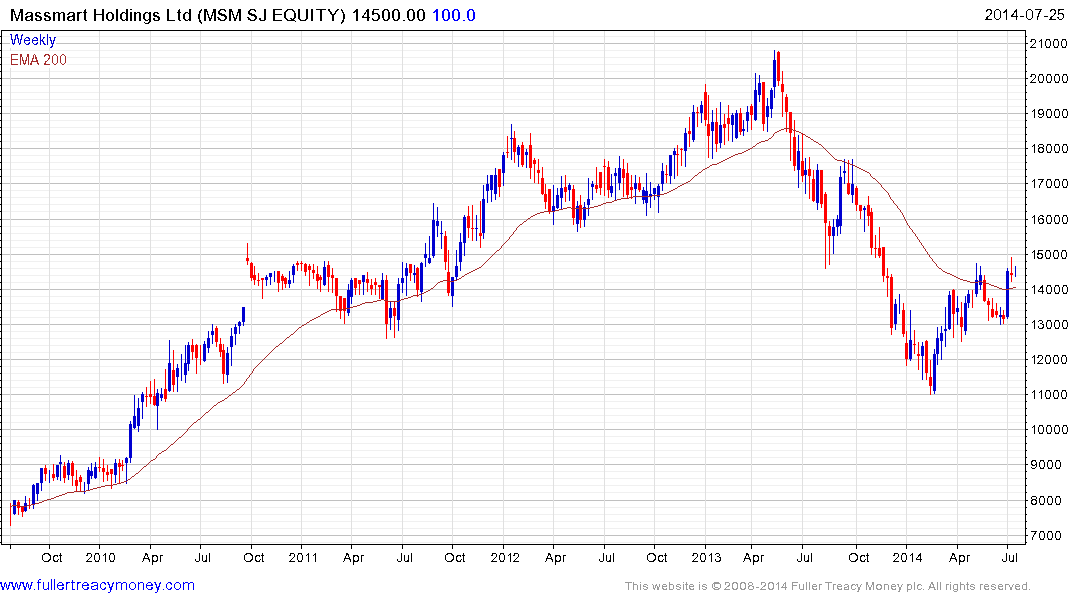 Wal-Mart’s African operations are represented by Massmart. The share (Est P/E 23.54, 2.90%) halved between mid-2013 and February, but has held a progression of higher reaction lows since. A sustained move below ZAR12,500 would be required to question medium-term recovery potential. 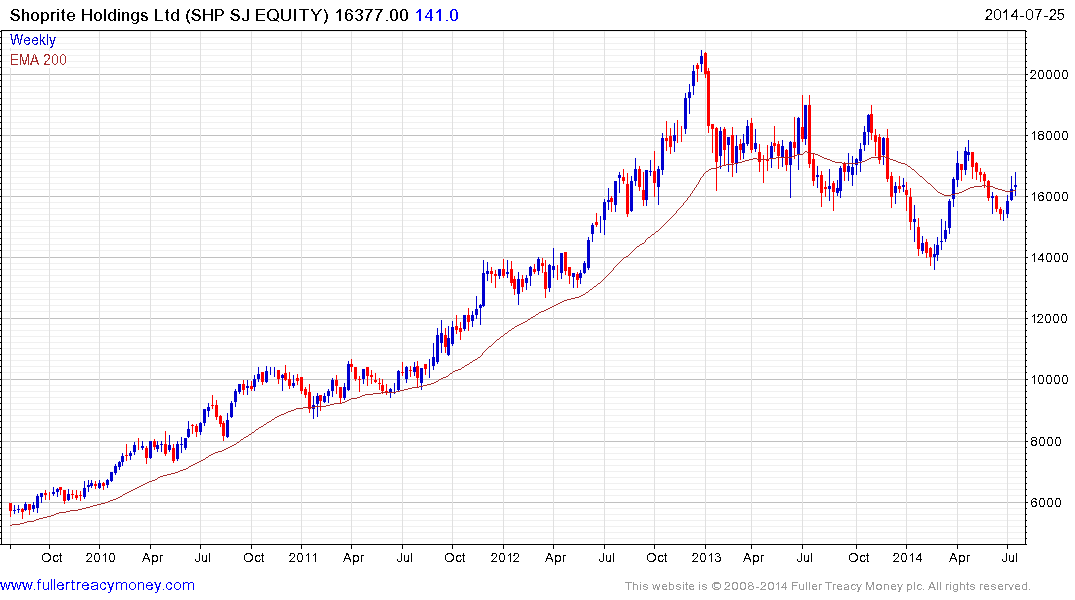 Shoprite (Est P/E 22.41, DY 2.12%) has just posted its first higher reaction low in a year. A sustained move above ZAR17,500 would break the medium-term progression of lower rally highs and confirm a return to medium-term demand dominance. 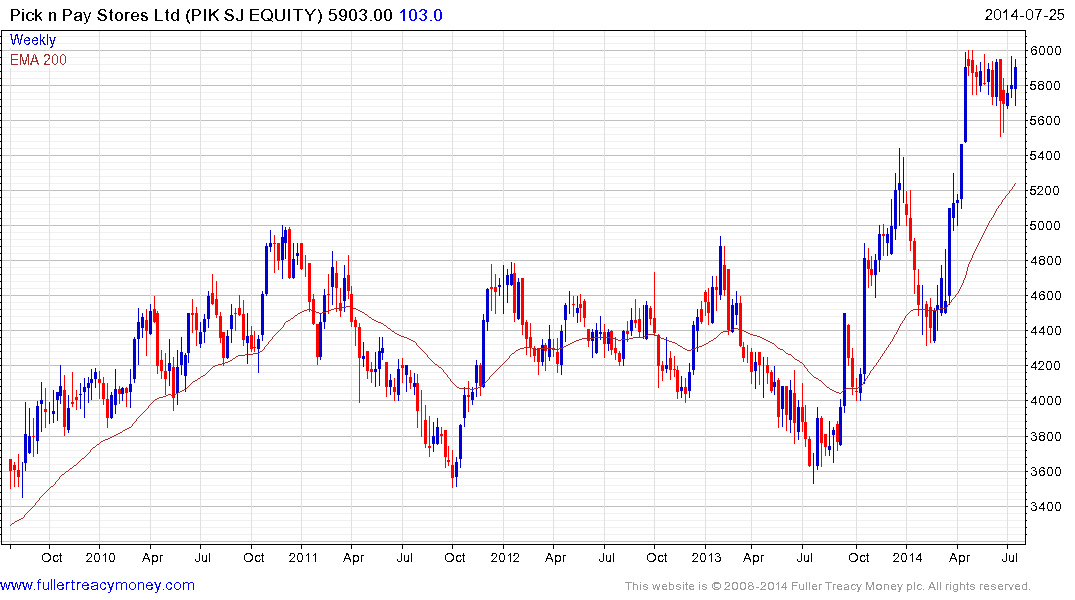 Pick n’ Pay Stores (Est P/E 32.06, DY 1.56%) spent two years ranging and broke out in December. It is currently consolidating its earlier accelerated advance and a sustained move below the 200-day MA, currently near ZAR5,250, would be required to question medium-term scope for continued upside. 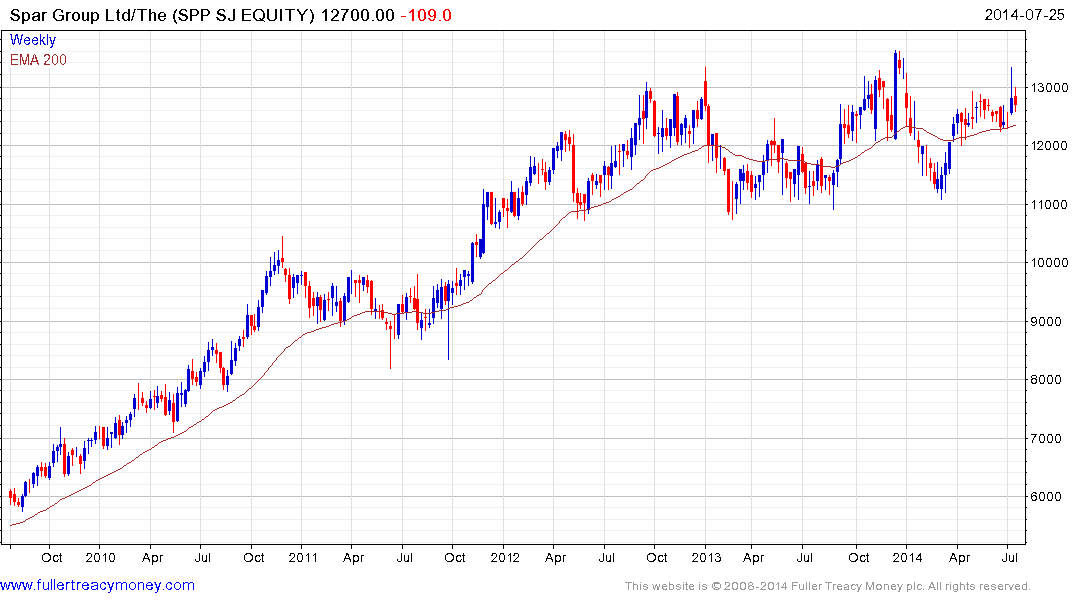 SPAR Group (Est P/E, DY) has been rangebound for nearly two years and is currently trading towards the upper boundary.