South Africa’s precious-metals mines are among the world’s deepest and most labor intensive and companies are under constant pressure to contain costs. Yet high unemployment and inequality mean labor relations are inevitably fraught.

AMCU’s plans for an industry-wide strike marks a return to escalated conflict between South African mining companies and workers. In 2014, the union held the longest-ever strike in the world’s largest platinum industry. Wage negotiations for producers of the metal are expected this year.

“It is unfathomable that AMCU would willingly call for secondary strikes in an industry that is already in jeopardy,” Minerals Council Chief Executive Officer Roger Baxter said in an emailed statement on Friday. “This would undermine employment and the livelihoods of millions of dependents.”

The primary reason there is an uptick in South African worker activism is probably more to do with the impending election in May rather than any other single factor. There is a war going on for the heart of the ANC and Ramaphosa has a clear challenge ahead of him in trying to improve the efficiency of the economy. The mining unions are a significant force politically, but also have a vested interest in securing as good a deal as they can from mining companies before the uncertainty of the election. 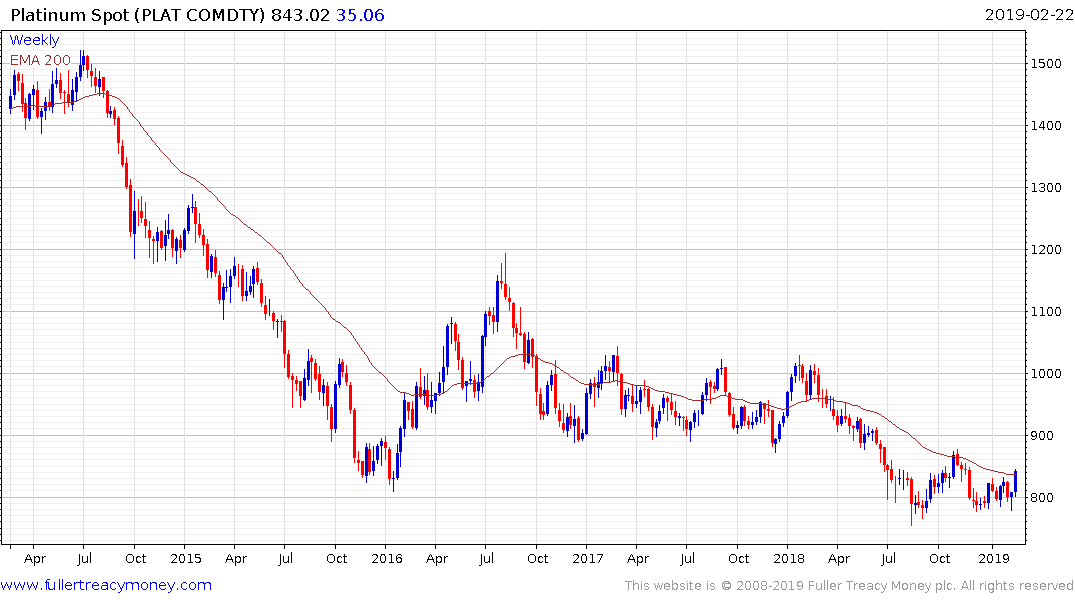 Despite the sensationalism of the headlines a one-week stoppage is unlikely to be enough to have more than a temporary effect on pricing. Meanwhile platinum is cheap on a relative and absolute basis and is firming from the $800 level. 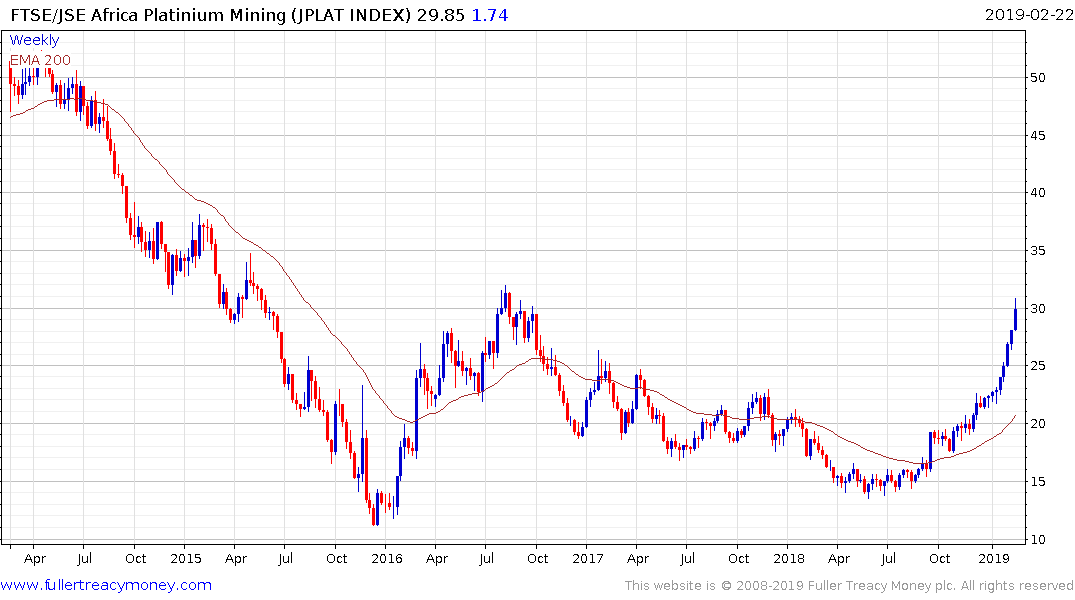 The FTSE/JSE Africa Platinum Mining Index has rallied over the last few months to break its medium-term downtrend. It is currently somewhat overextended relative to the trend mean but a sustained move below it would be required to question medium-term scope for continued upside.