Weapons systems that make their own decisions are a very different, and much broader, category. The line between weapons controlled by humans and those that fire autonomously is blurry, and many nations—including the US—have begun the process of crossing it. Moreover, technologies such as robotic aircraft and ground vehicles have proved so useful that armed forces may find giving them more independence—including to kill—irresistible.

A recent report on artificial intelligence and war commissioned by the Office of the Director of National Intelligence concluded that the technology is set to massively magnify military power. Greg Allen, coauthor of the report and now an adjunct fellow at nonpartisan think tank the Center for New American Security, doesn’t expect the US and other countries to be able to stop themselves from building arsenals of weapons that can decide when to fire. “You are unlikely to achieve a full ban of autonomous weapons,” he says. “The temptation for using them is going to be very intense.”

Automation is being driven by technological innovation and, unlike chemical weapons, is applicable to just about every area of our lives. That’s an important differentiator and virtually ensures the trend will continue despite the real threats posed by the increasing autonomy of weapons of war.

Reactive weapons like the Aegis anti-missile system are the thin edge of the wedge while the increasing sophistication of drones is the most likely area where automated sortie profiles will first emerge.

The additional fact that the most powerful countries all have declining demographic profiles but an undiminished desire to project power internationally is a long-term tailwind to the use of highly of fully autonomous weapons. The biggest inhibiting factor as far as I can see is the potential for automated systems to be hacked by outside forces. 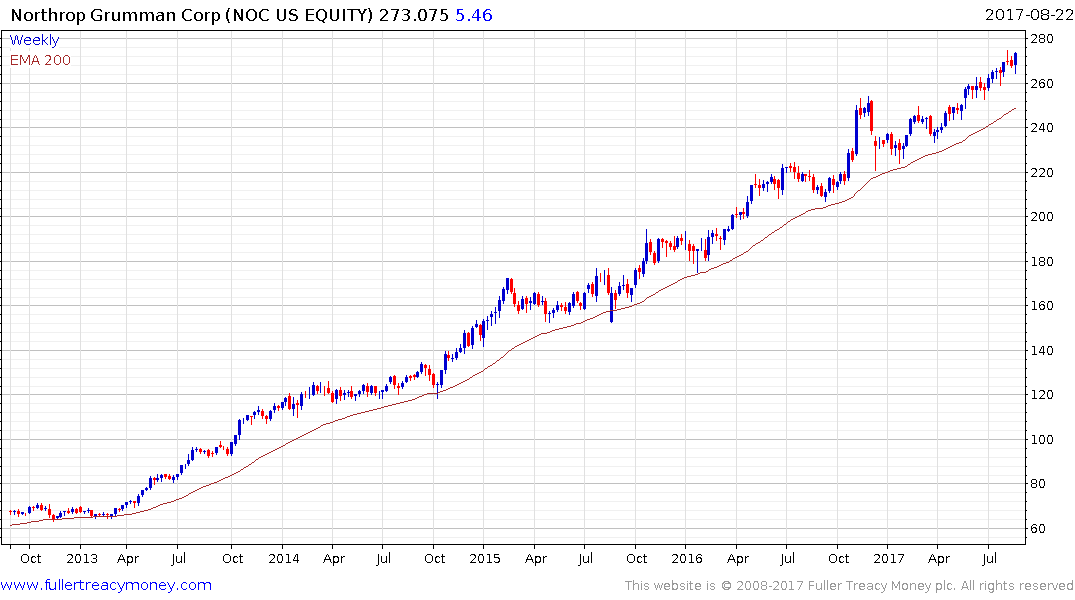 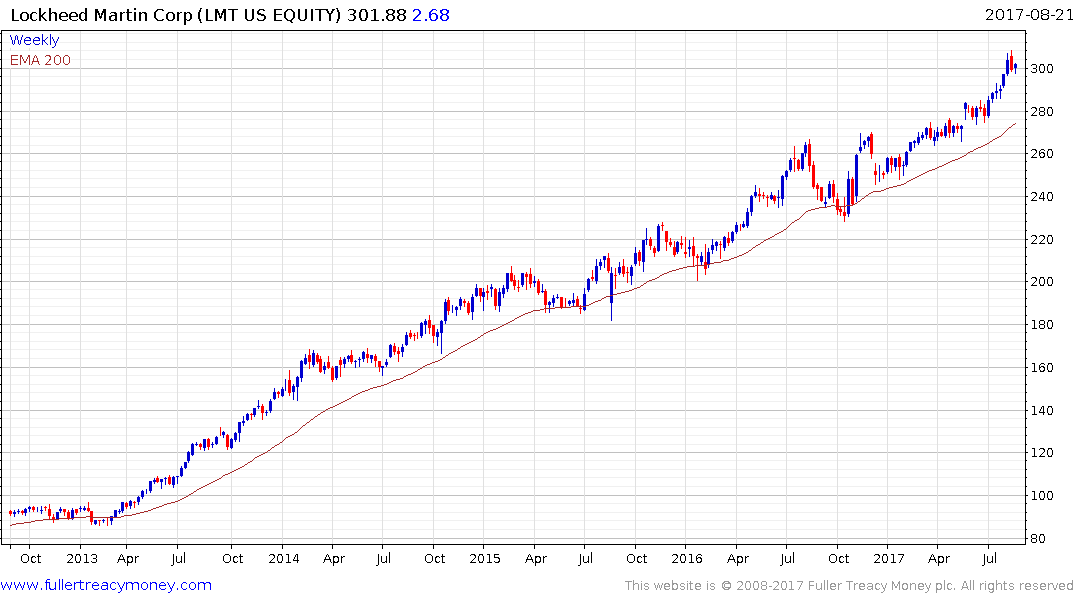 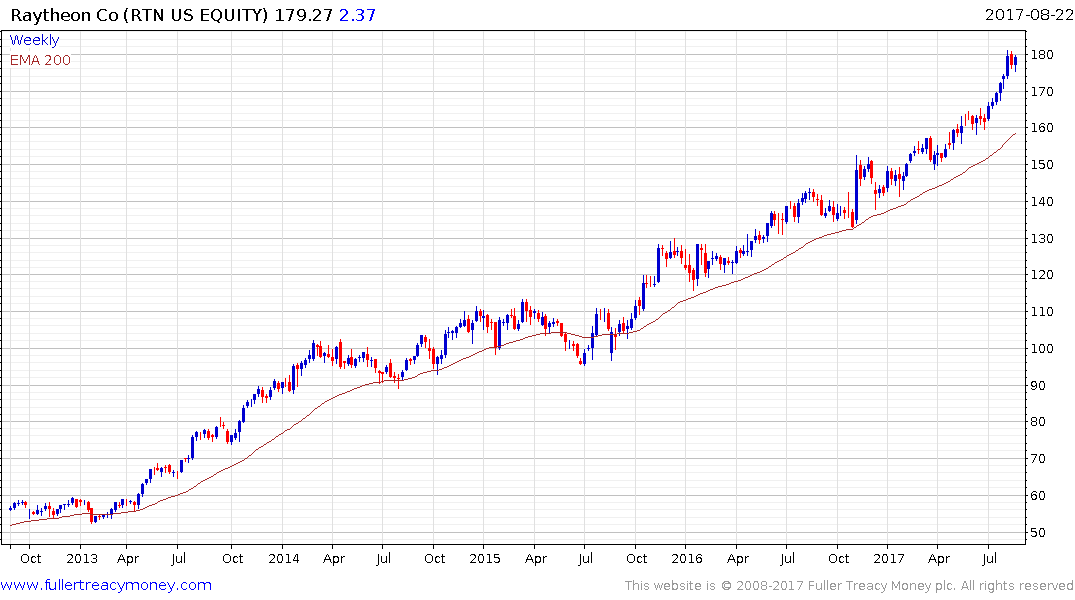 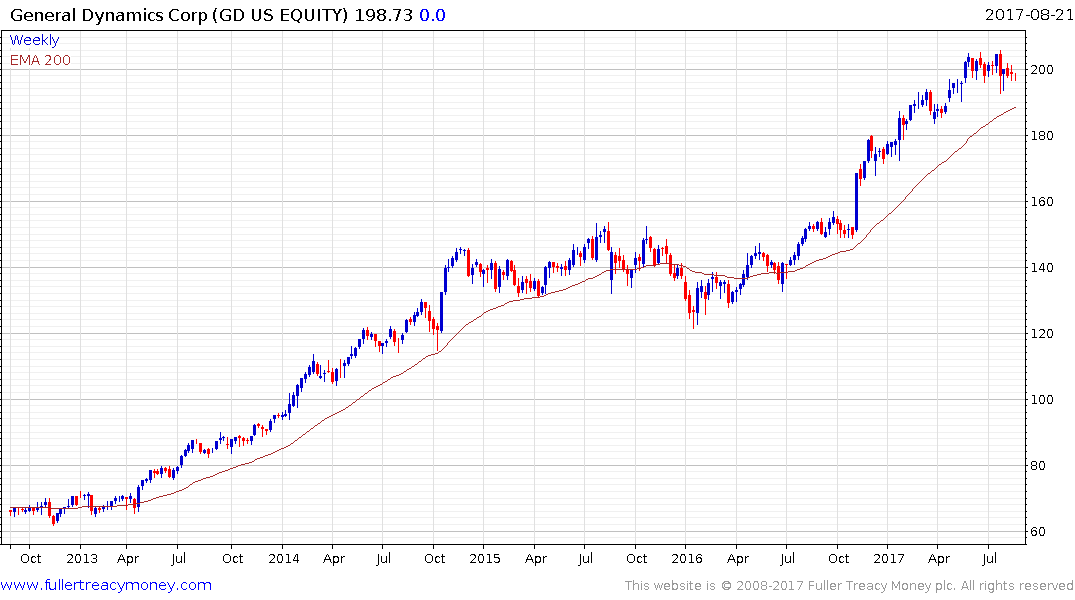 The defence sector remains in a steep but consistent uptrend. Lockheed Martin, Northrup Grumman, Raytheon and General Dynamics all have broadly similar patterns. 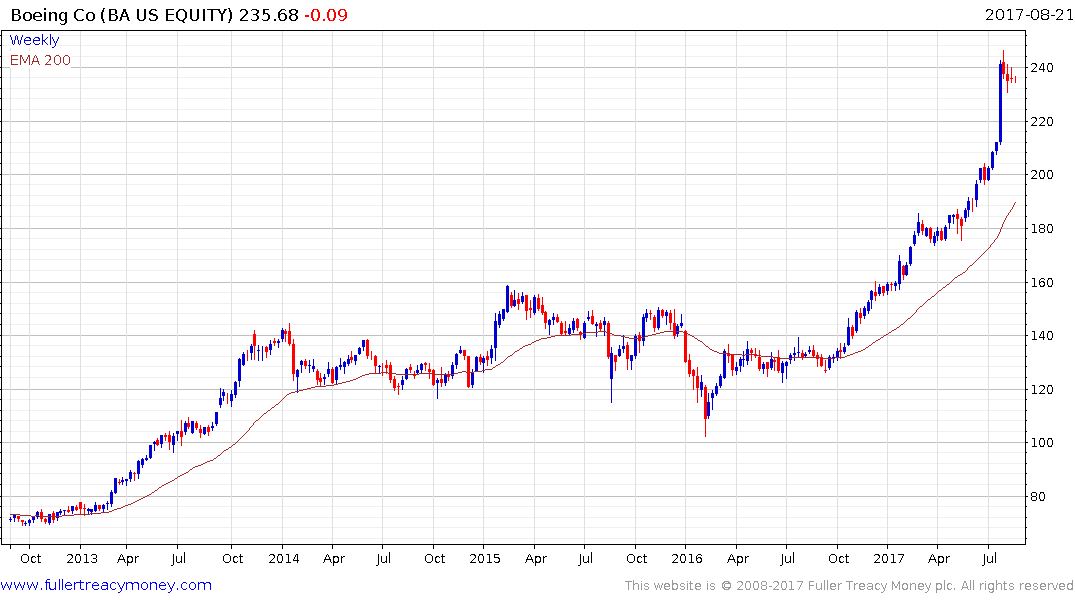 This performance suggests investors are looking past just about every other consideration and continue to support the view Trump is good for the defence sector. The fact he has loaded his administration with generals might be seen as justification for that conclusion.