This vision is designed with the time span of 300 years. The next 3 decades is merely the first step

This report contains a number of truly inspiring ideas. Everything from universal happiness, to the power of computers to far exceed the computing power of the human brain, to tripling longevity, to creating a management structure capable of surviving all of this radical change. Some of these promises are still in the realm of the science fiction, some are a lot closer to reality than we might realise.

The much more important behavioural question though is how do you justify paying eyewatering valuations for non-income producing assets? Something we see in every mania is a willingness to deploy a dividend discount model with time horizons that stretch further and further out on the time scale to justify the valuation. Sure Uber, is a bargain if you look at what it can achieve in 2330. All it has to do is survive the next 12 months, which in century scales is a rounding error. Right?

The Vision Fund has made some startlingly bad investments but all it needs is one or two blockbusters to turn a profit based on a 300 year timeframe. It's that reasonable. That aim  is easier to achieve when the investments are made at the beginning of the cycle rather than a decade in where low interest rates have increased the price of private assets substantially. 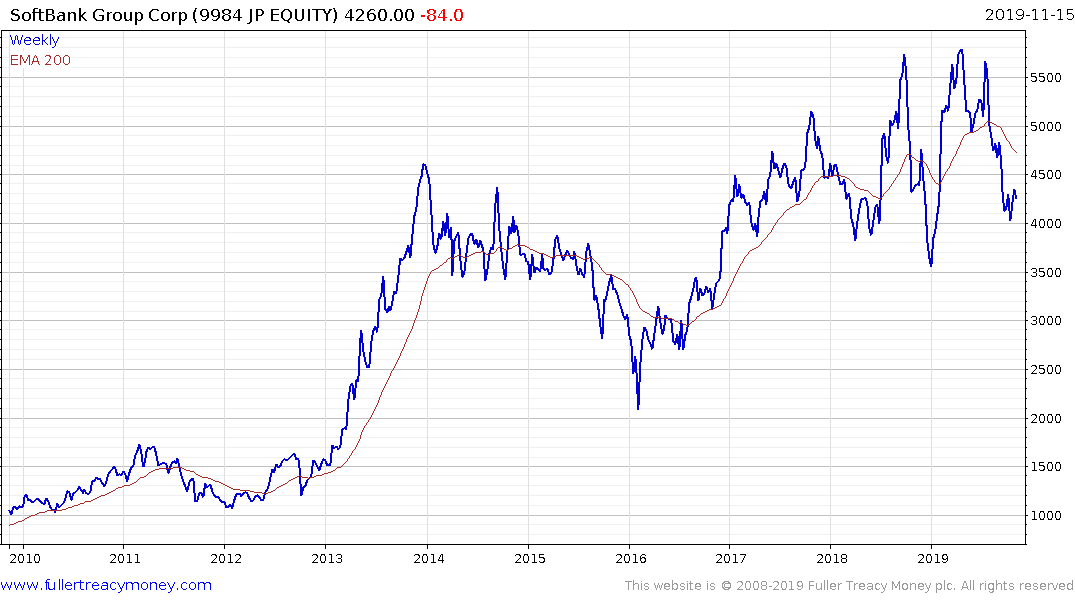