NBER confirms the shortest recession in history at just 2 months. From the day the recession began last year, we've been ahead of the consensus with the progression of this new cycle staring with the v-shaped recovery. It's all happening faster than normal and that means rotations and changing leadership is happening faster too. Our mid cycle transition starting back in March should now make more sense with historical comparisons as it typically begins about 9- 12 months after the recession ends.

The response to the pandemic by central banks was a break from the norm. They looked at a developing situation and anticipated trouble ahead. That succeeded in preventing a crash and eased the significant pressure from a cessation of economic activity. The V-shaped recovery now raises a significant question for central banks. How long will they allow the economy to run ahead before withdrawing liquidity.

Having crossed a number of red lines to achieve the recovery, it is hard to imagine they will do anything to threaten it until they are faced with a significant inflationary threat. There are inflationary pressures but the last thing central banks want is to tighten too early. Instead of anticipating inflation, they now want to have clear evidence it is more than a temporary issue. 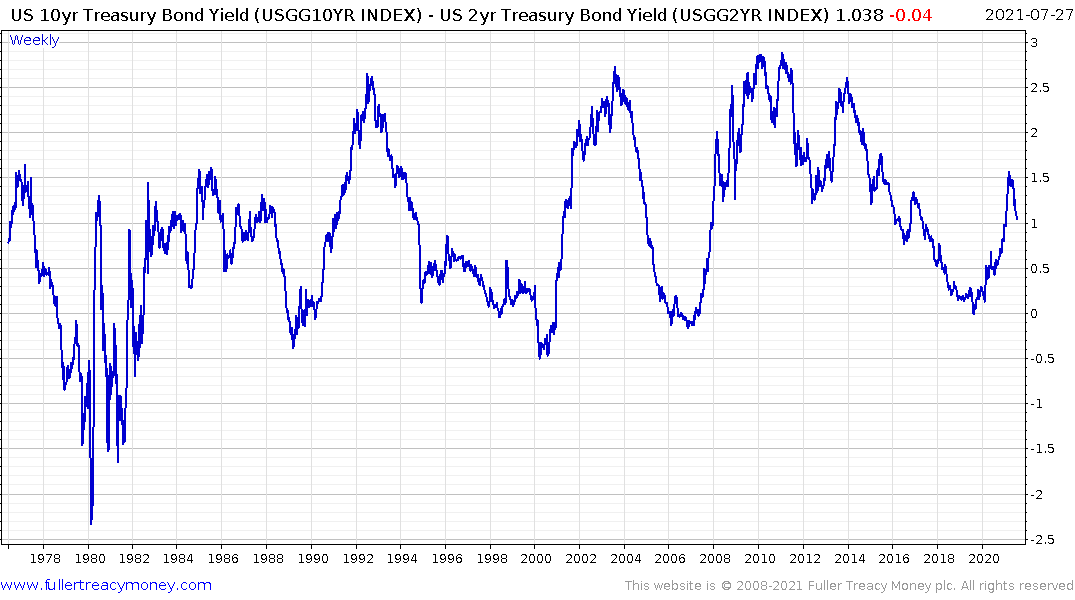 The yield curve spread looks like it has peaked at a significantly lower level than in past cycles over the last 30 years. That supports Mike Wilson’s contention this will be a shorter cycle than the last one, which was a record expansion in its own right. Nevertheless, there are years left to run in this expansion. An inverted yield curve remains a medium-term lead indicator to future trouble and it is only beginning to contract.

That suggests we can continue to anticipate surprises on the upside, despite the risk of some consolidation amid short-term overbought conditions in many markets.