The disruptions started in the second half of last year after demand for goods sank when the pandemic struck and carriers cut sailings, but locked-down consumers then ordered products online at an unprecedented rate.

Shipping companies’ efforts to catch up have been set back by the Suez Canal blockage in March and the Yantian terminal closure, as well as border restrictions and port worker absences.

An indefinite partial shutdown at Ningbo-Zhoushan is the latest problem that could deepen the strain on global logistics. Shipping lines have already started to omit calling at the Chinese port near Shanghai.

About 350 containerships capable of carrying almost 2.4m 20ft boxes are waiting off ports globally, according to VesselsValue. The congestion has been getting worse with idle capacity reaching 4.6 per cent of the global fleet, up from 3.5 per cent last month, data from Clarksons Platou Securities shows.

Lars Mikael Jensen, head of global ocean network at Maersk, the world’s largest container shipping group, agreed that the situation had shown no signs of improvement since the Delta variant of Covid emerged.

“It’s not getting any better on aggregate,” he said, adding that maritime transport networks are “still super stretched — it only takes a small thing then you’re back to square one or square one minus”.

The influence of the pandemic has resulted in sustained pressure on global supply chains. The primary difficulty for ports is ships have been one of the primary vectors through which the virus has spread internationally and many ports are having difficulty maintaining staffing levels because of infections among workers. 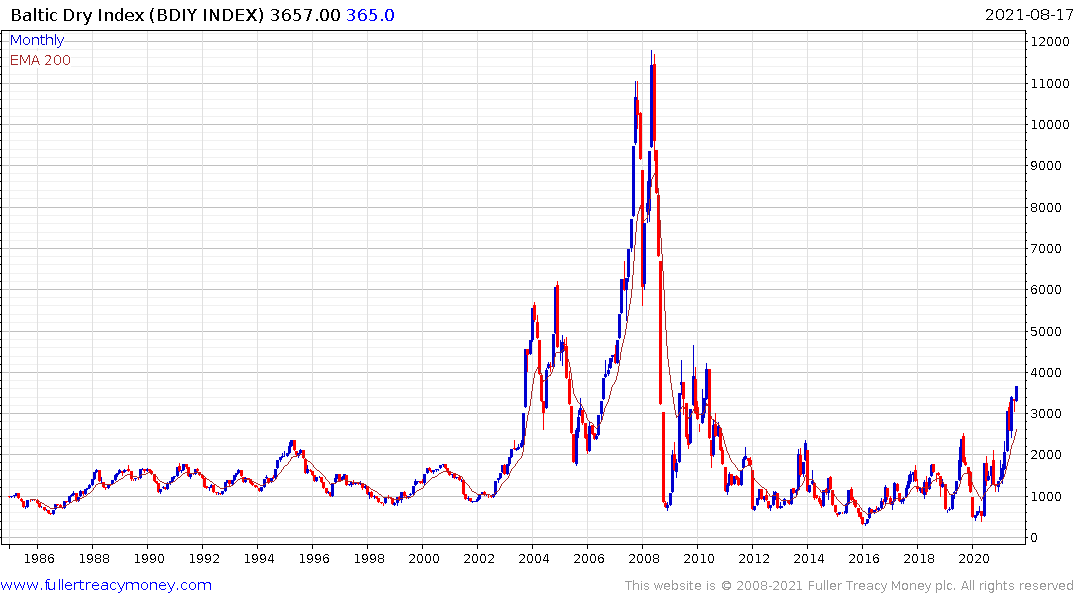 The Baltic Dry Index remains in a recovery because demand for ships remains high. I have yet to find commentary on how the imposition of IMO2020 emissions rules has impacted the size of the global shipping fleet. Ahead of the pandemic shipping rates were already on the cusp of breaking out. The requirement to install expensive scrubbers for emissions meant many ships were essentially worthless by the end of 2019. Decommissioning set the scene for the current breakout.

It is therefore reasonable to think the inflationary pressures created by rising shipping rates will moderate when the number of ships increases, ports open up more fully and/or demand moderates. That’s very much tied to the outlook for the spread of the delta variant. The speed of its transmissibility supports the view the number of infections will peak quickly.~ 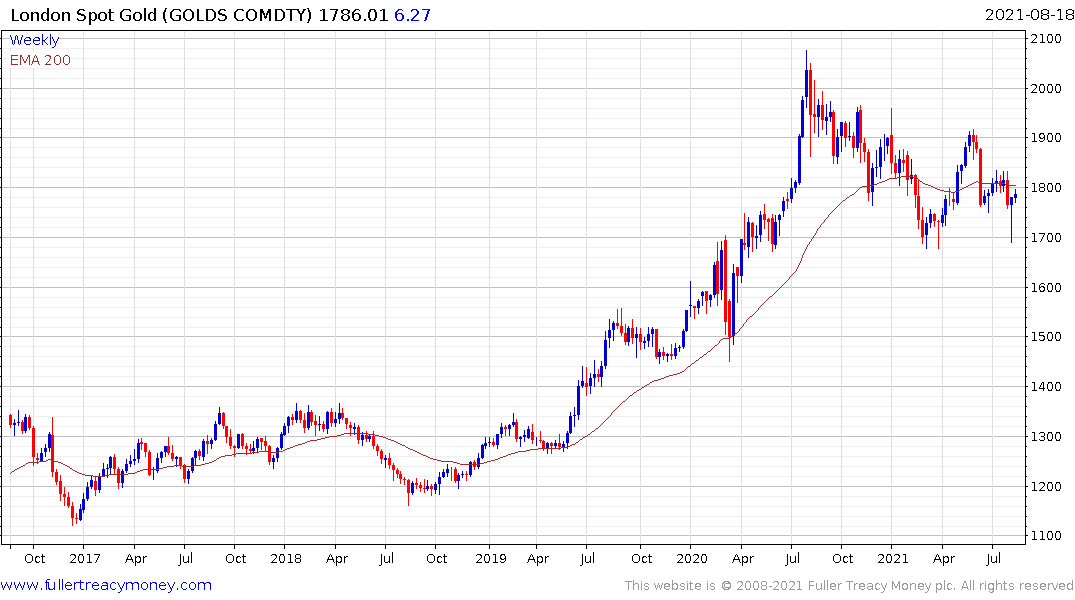 As we look out over the next six months it is looking increasingly likely that inflation is going to peak. The big question will be at what level the rate stabilizes. How determined governments are to gain competitive advantage by devaluing their currencies will be a key ingredient in that determination. Gold’s rebound suggests there is a good chance we are entering a period of competitive currency devaluation.