Shenhua Buys $1.5 Billion of Assets From Parent in Expansion
Comment of the Day

Shenhua Buys $1.5 Billion of Assets From Parent in Expansion by Eoin Treacy

Shenhua Energy, which generated 69 percent of its sales from coal and 29 percent from power production in 2012, according to data compiled by Bloomberg, is buying related companies as it seeks to broaden its earnings base.

The company said yesterday it plans to invest $90 million in a venture that will explore for shale gas in Pennsylvania. Last year, the company agreed to buy 3.45 billion yuan of assets from its parent, including stakes in three companies and rail cars.

Closer environmental scrutiny of coal fired power stations and competition from natural gas in the USA, and reduced demand for steel, has acted as a significant headwind for the coal sector globally. The result has been that it was among the worst performers this year. Some of the larger companies have attempted to diversify by either investing in value added products such as chemicals and/or producing coal seam gas. With natural gas prices at their highest level in a number of years the competitive disadvantage coal has been at is now being eroded. 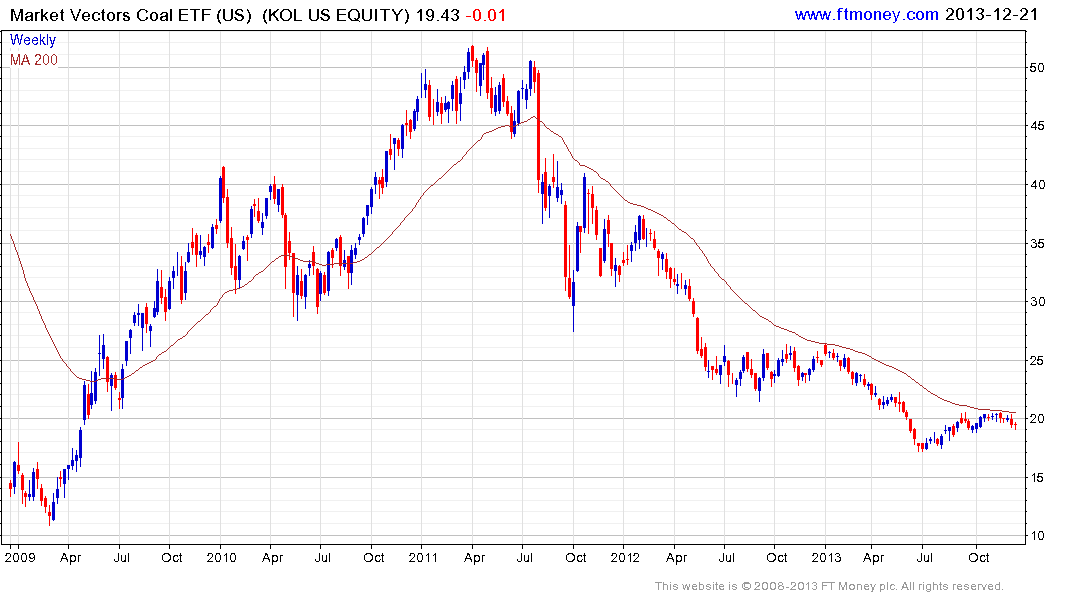 The Market Vectors Coal ETF contains a number of international as well as US producers so it acts as a reasonable barometer of the global sector. The fund rallied to unwind the oversold condition relative to the 200-day MA between July and November but has pulled back from the $20 over the last few weeks and a sustained move above that level would be required to indicate a return to demand dominance beyond the short term. 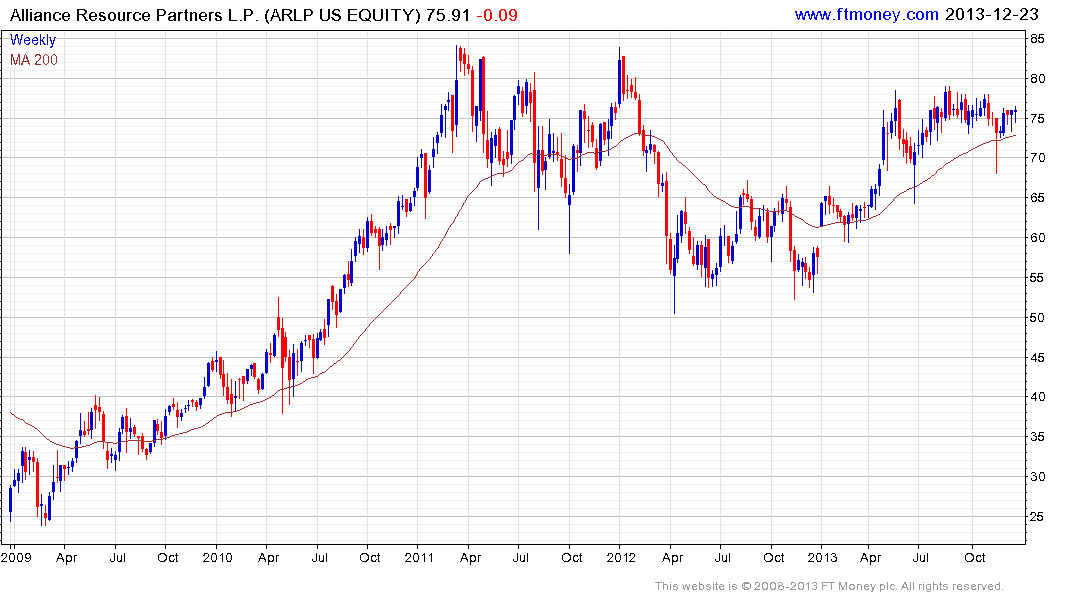 Against this background a number of companies stand out for their outperformance. Alliance Resource Partners is a US listed MLP yielding 6.19%. The share continues to hold a medium-term upward bias and found support in the region of the 200-day MA from November. 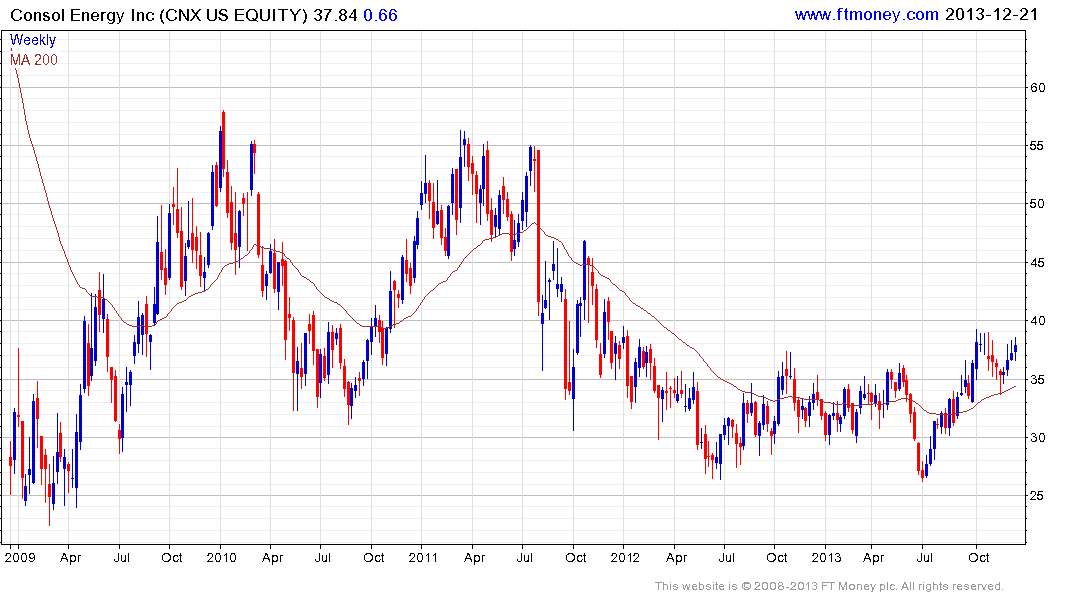 Consol Energy is in the process of forming a first step above its 12-month base and a sustained move below the 200-day MA, currently near $35 would be required to question medium-term scope for additional upside. 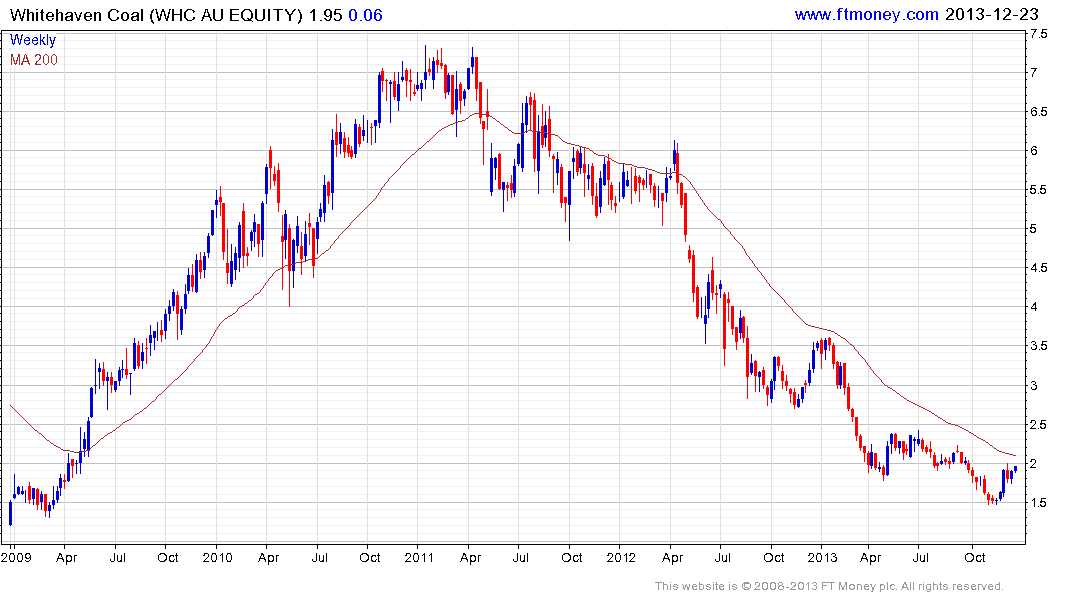 Australia listed Whitehaven Coal has lost downward momentum after a near calamitous decline and a sustained move below A$1.75 would now be required to question medium-term recovery potential. 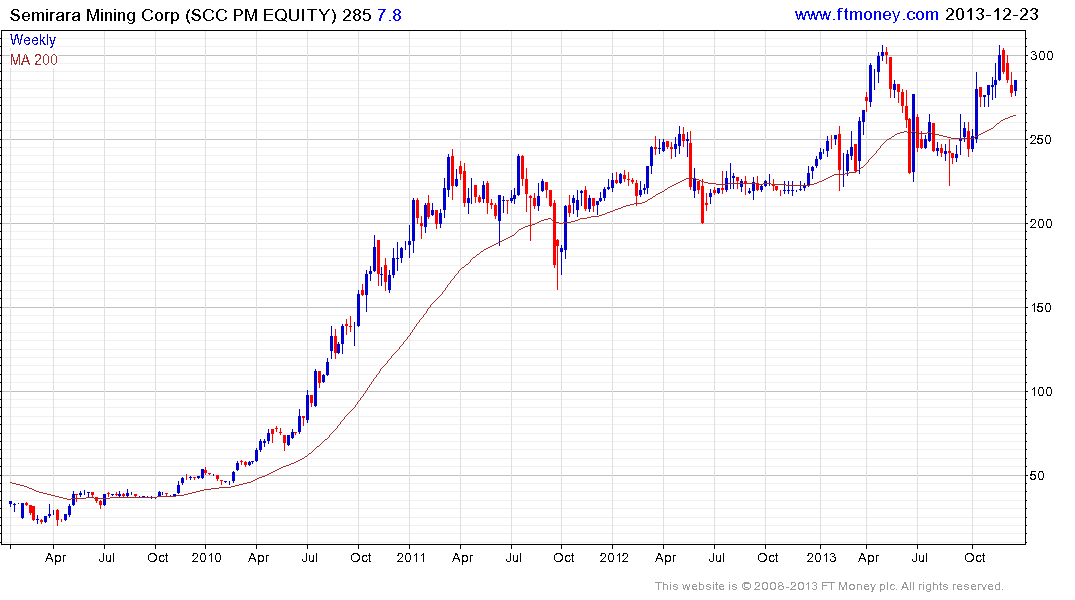 Philippines listed Semirara Coal remains among the sector?¡¥s best performers globally and is in the process of completing a lengthy period of consolidation.