Sea Fever Off the Cape
Comment of the Day

Sea Fever Off the Cape by Eoin Treacy

Edwards expected CAPE to be around 10 by now, given the moves in bond yields, and admits he was guilty of a “forecasting error of epic proportions.” But his Ice Age thesis has played out as predicted in Europe, and he has also been correct to predict that stocks would look ever cheaper relative to bonds in the U.S. For now, his judgment is clear: “In my Ice Age view of the world, Robert Shiller is dead wrong. In my view, US equity valuations are a QE-fueled bubble waiting to burst.”

Now the question is whether this is really so different from the Shiller view. His model plainly suggests that stocks will do badly over the next 10 years, and that bonds will do even worse. This was the way Shiller put it in a research piece for Barclays Plc in October, (which can be found on SSRN here):

In summary, investors expect a certain return in equities as compensation for investing in a riskier asset class, and as interest rates have declined, the relative expected return for equities has increased dramatically. We believe this may quantitatively help to explain investors current preference for equities over bonds, and as such the quick recoveries we are observing (with the exception of the UK), whilst still in the midst of a pandemic. In the US in particular, we are once again observing stretched valuations and high CAPE ratios compared to history.

Bond arithmetic may help to show that Edwards and Shiller aren’t as far apart as they appear.

When yields are this low, moving to a higher yield involves serious losses. To get from the current 10-year yield of 1% back to the 3% that 10-year Treasuries were offering as recently as two years ago, the Treasury price would have to drop by two-thirds. (If yields were a more normal 4%, then a two-percentage-point increase would require a fall in the bond price of only one-third.) At this point, bonds offer low income, little upside, and risk of massive downside.

Maybe it isn’t that big an act of apostasy for someone who remains dubious about the future for stocks to predict that they should still do better than bonds.

Debt is where the big bubble is inflating. That was true a decade ago and it is truer today. The big question therefore is what would cause this bubble to deflate? We can spend a great deal of time worrying about the CAPE ratio because it is at an historic high level but the fact is that until there is a catalyst to deflate the bubble the status quo will be sustained.

Perhaps that is the wrong way to think about the challenge. The reality is that convexity is a completely underappreciated negative factor on bond prices. To combat it, interest rates cannot be allowed to rise. The whole argument about an average rate of inflation is a fantasy. The size of deficits, debt to GDP ratios, unfunded liabilities, not to mention efforts to reflate following the pandemic all require low borrowing costs.

Quantitative easing failed to achieve the kind of inflation needed to erode the debt burden so now we have direct payments to consumers. Central banks are going full bore to stimulate inflationary pressures. They have basically declared war on savers. 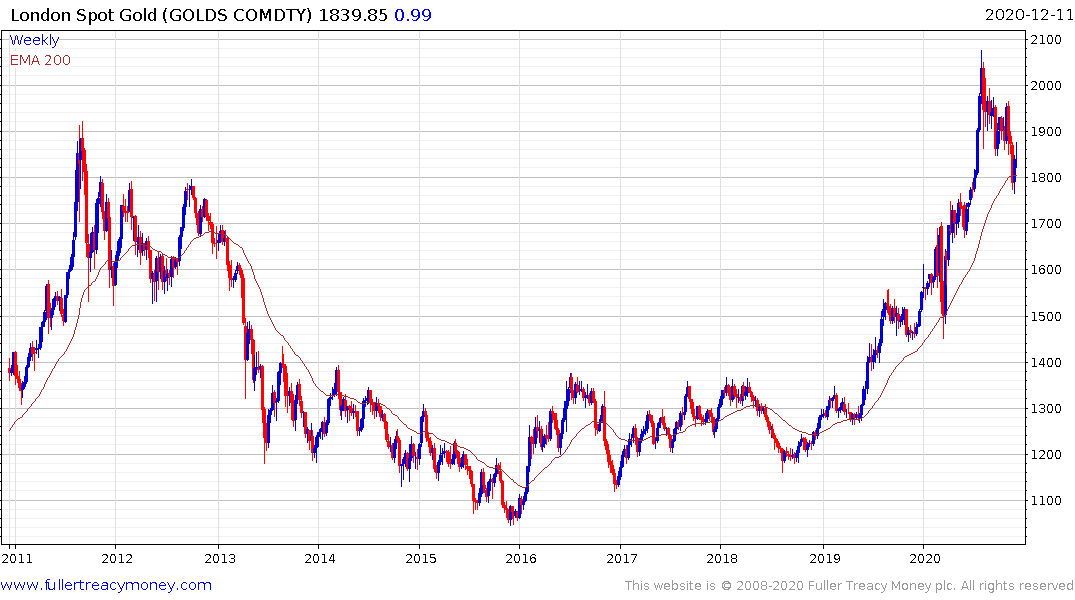 Gold remains a hedge against that proclivity. That’s the primary reason it has been rallying for more than a year already.

Adjusted for purchasing power parity the price is consolidating in the region of the 2011 and 1980 peaks.

Some tentative evidence of support in the region of the trend mean was evident this week. A sustained move above $1950 will confirm a return to demand dominance beyond the short term. 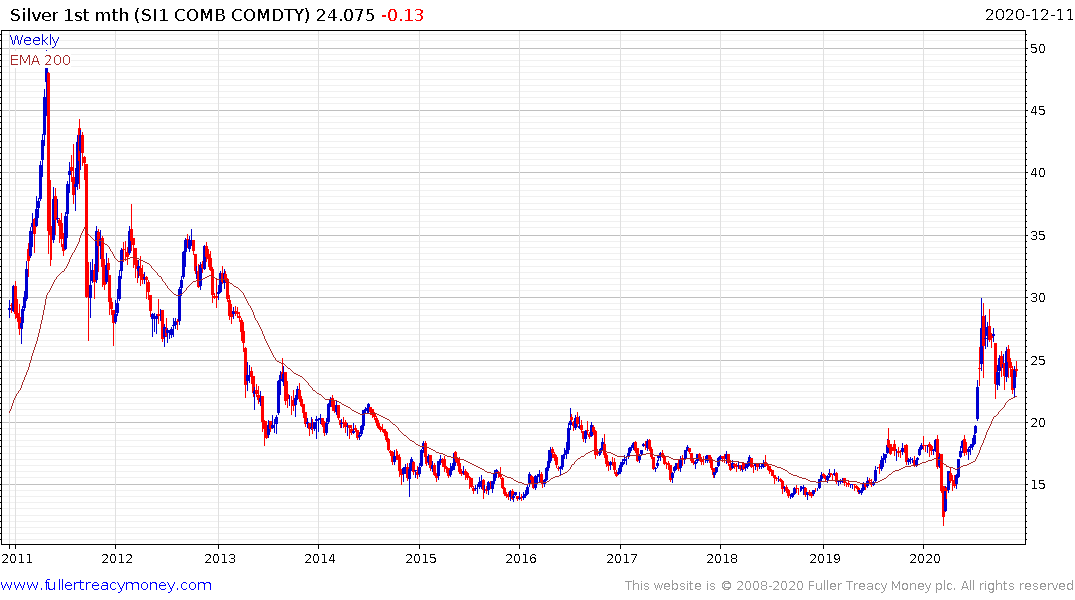 Silver tends to underperform for the first two years of a new secular bull market and tends to outperform until the eventual peak subsequently. It has been holding up better than gold over the last three months and is steadying below the psychological $25 at present. A sustained move above that level will signal a return to medium-term demand dominance. 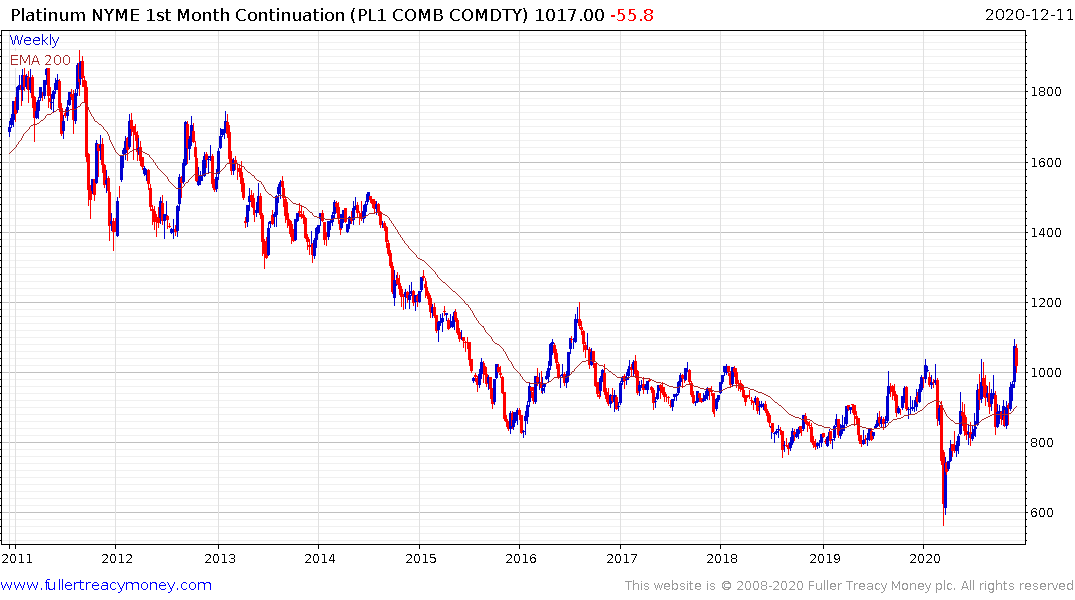 Platinum is more of an industrial metal than gold but it appears to have completed its base formation and a sustained move below the trend mean would be required to question medium-term scope for continued upside.

With lower debt and stronger growth potential the outlook for emerging over developed markets is more promising.

It really is an international beauty contest. With Argentina announcing a wealth tax this week, the question of what revenue raising measures governments elsewhere will come up with will move front and centre.