Saudi Arabia is keeping as much as $40 billion of foreign investor capital waiting as it decides which institutions can participate in the Arab world’s biggest stock exchange.

The regulator will publish rules next month allowing participation for the first time by qualified foreign financial institutions starting in the first half of 2015, the Capital Market Authority said on its website yesterday. The announcement sent the benchmark Tadawul All Share Index to its highest level since May 2008 yesterday, and the strongest level since February
2008 today.

The world’s biggest crude exporter is opening one of the most restricted major stock exchanges as King Abdullah pushes to diversify the economy from oil and create new jobs. Entry to MSCI Inc.’s benchmark emerging-markets index could mean $40 billion of inflows to Saudi stocks, said Rami Sidani, the head of frontier markets investing at Schroder Investment Management in Dubai. Buying shares may be restricted initially to long-term institutional investors, according to Shuaa Asset Management.

“They have been very clear about what they are looking for, which is very large institutional investors, sticky money with long investment horizons,” Amer Khan, a senior executive at Shuaa in Dubai, which oversees more than $300 million in assets, said by telephone yesterday. “They have seen what happened during the financial crisis and they want to limit hot money.”

We began to highlight the fact that a number of Middle Eastern stock markets had catch up potential in 2011. As valuations increase for large cap markets such as the USA, investors naturally begin to look for markets with lower valuations and those that have not experienced substantial gains. This year the resources sector is where the Saudi Arabian Index was in 2011. 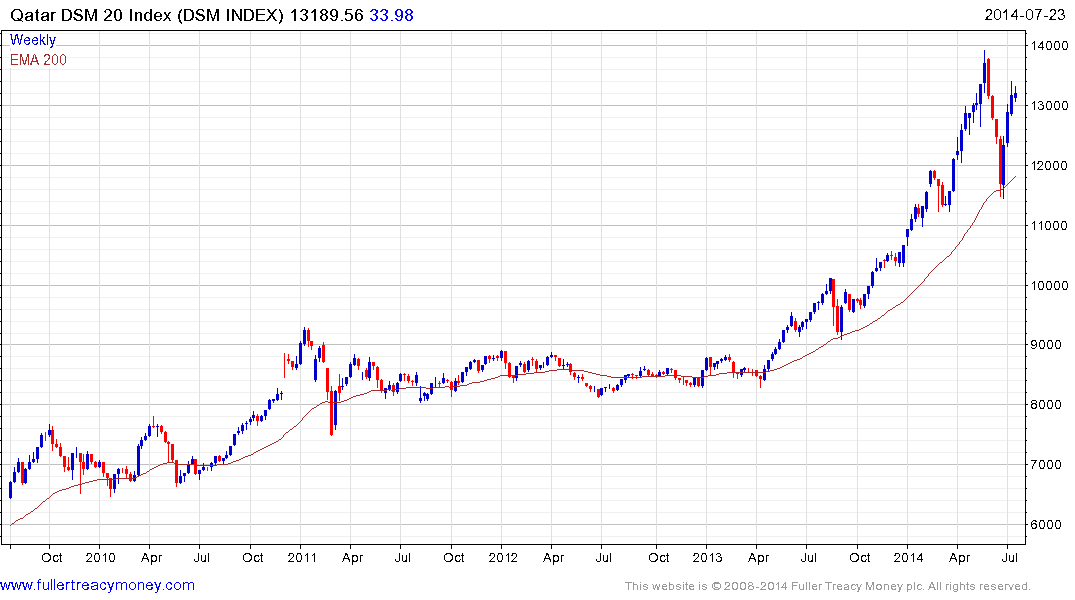 Admission to the MSCI Emerging Markets Index had a transformative effect on the Qatar market last year. The Saudi market has been ranging below the psychological 10000 since May but surged through it this week on the expectation that the Index will also be added. 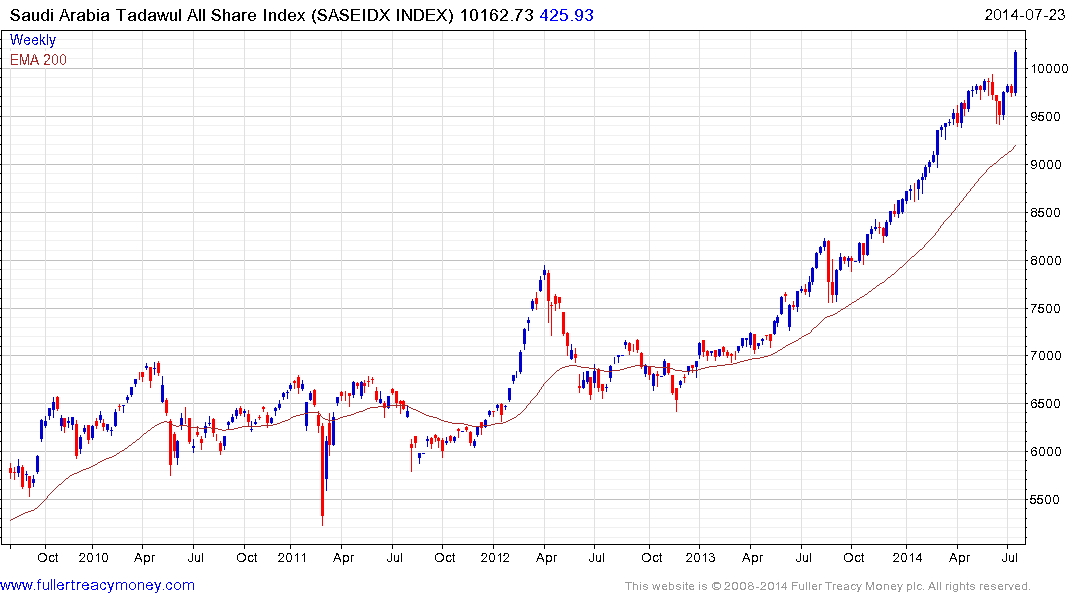