Santa Claus and 2014 by Eoin Treacy

Historically, a Santa Claus rally is often observed around the end of year as investors take long positions in order to help flatter annual performance. They are often helped in this endeavour by the fact that volume tends to trail off between Christmas week and New Year so it was easier to have an impact on markets. 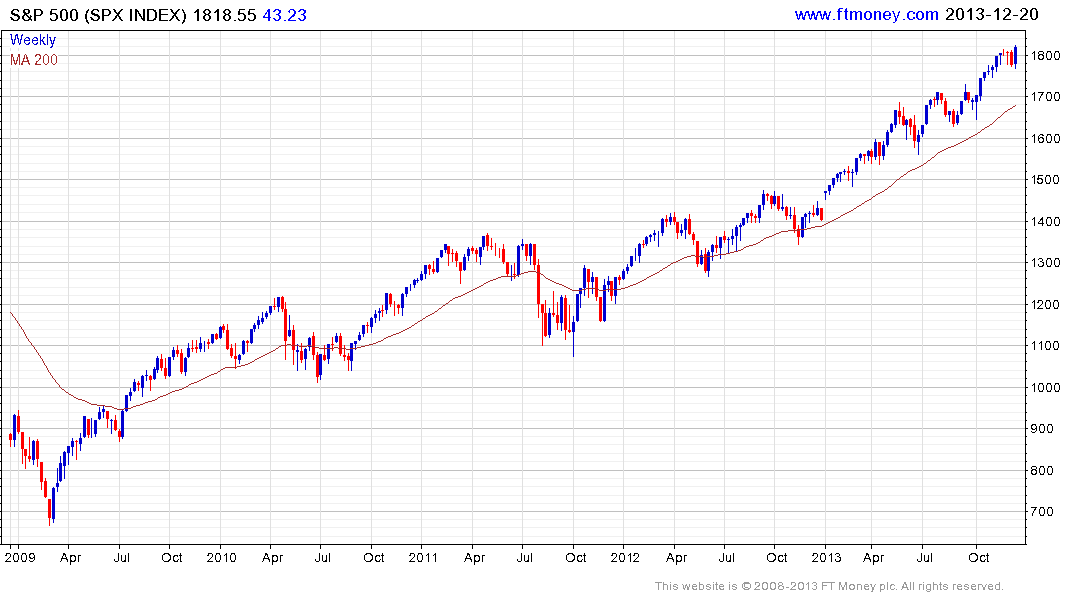 Over the last few years, we have seen a somewhat different environment where investors have fuelled powerful rallies in January,. In 2010, the S&P500 ranged for much of November before breaking out to new recovery highs in December and rallying till the end of February. In 2011, the S&P500 had been confined to a volatile range for much of the latter half of the year before breaking out in late December and rallying until March. In late 2012, there was a particular sense of traders waiting at the gates for the starting gun. The Index surged higher in the first week of January and rallied persistently until May. 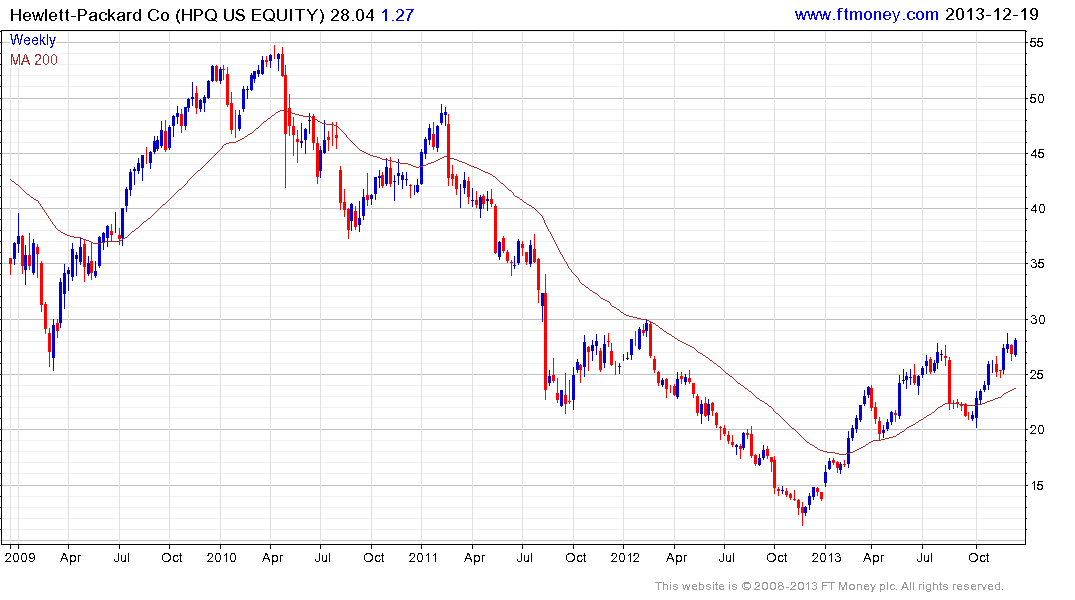 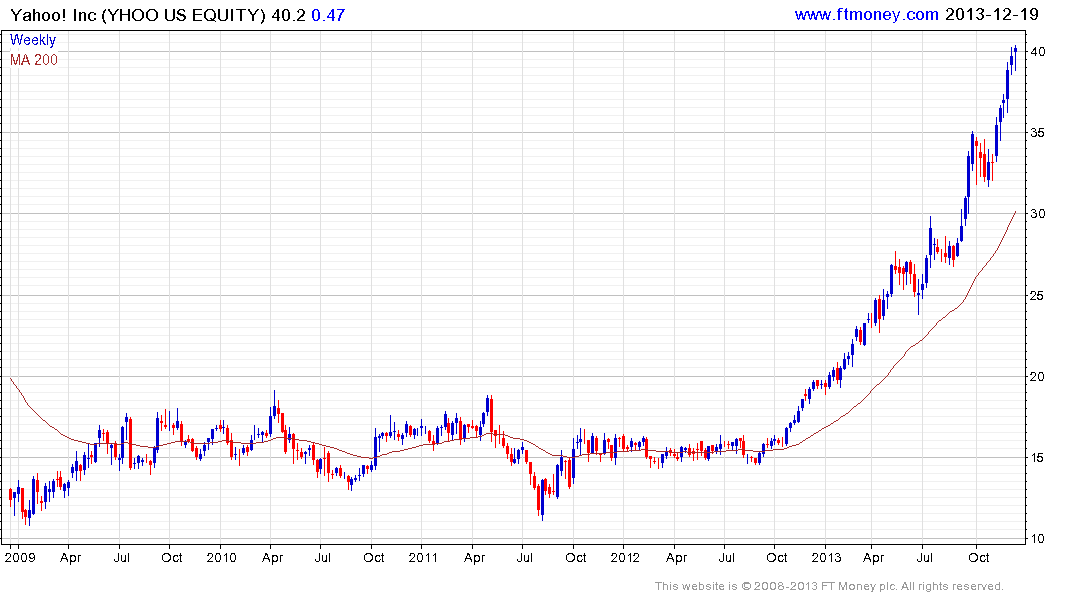 None of this is a secret and investors will have been conditioned by these experiences. An additional lesson is that the previous year's laggards have tended to experience some of the most explosive rebounds. For example last year Yahoo broke out of a four-year base in November and has been among the best performers this year. Hewlett Packard was among the worst performers in 2012 but bottomed in November and had doubled by March. The lesson many will have taken from these experiences is that missing out on rallies early in the first quarter will leave you chasing to catch up for the rest of the year.

So what do you do if you think the market is going to rally powerfully in January? You buy in December. This may be at least part of the reason for such a positive response to the news the Fed will begin tapering in January. The most notable laggards this year has been miners not least in the gold and coal sectors. 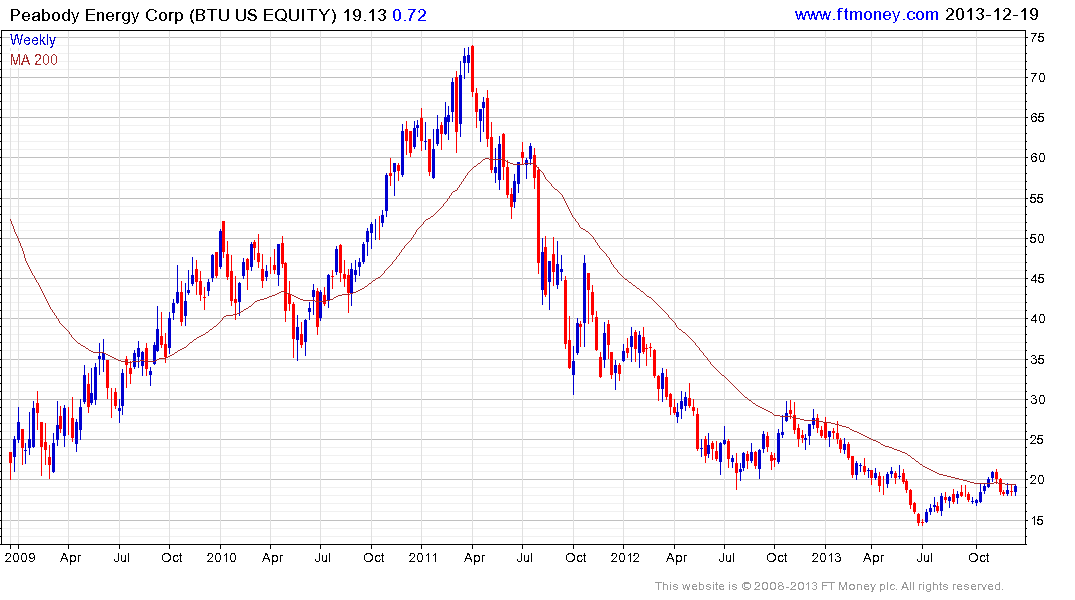 Coal companies have fallen victim to increased environmental oversight and low natural gas prices, so they should benefit from recovery in natural gas prices. Peabody Energy bottomed in July and has held a progression of higher reaction lows since then. 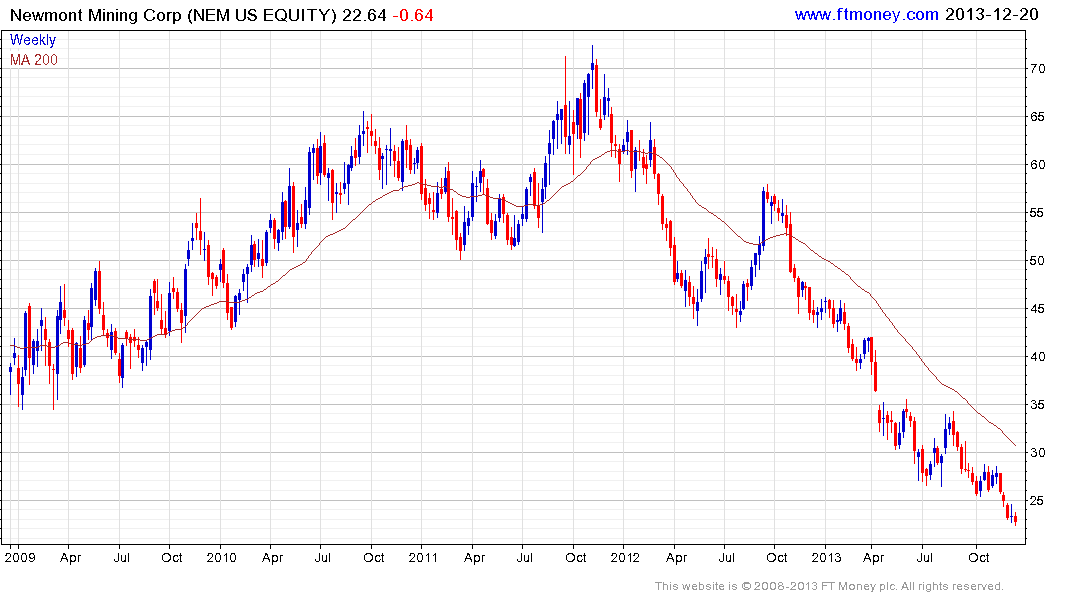 The gold mining sector remains a significant underperformer and while the decline is mature, there is no conclusive evidence just yet that it has ended. 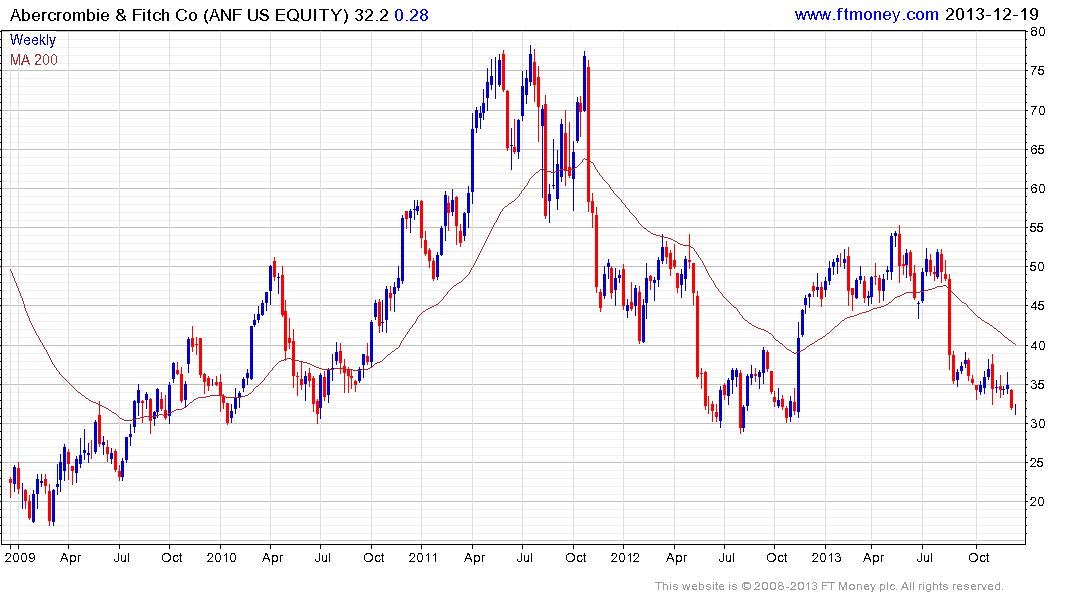 In the retail sector Abercrombie & Fitch has returned to test the 2012 lows near $30 and found at least short-term support this week. 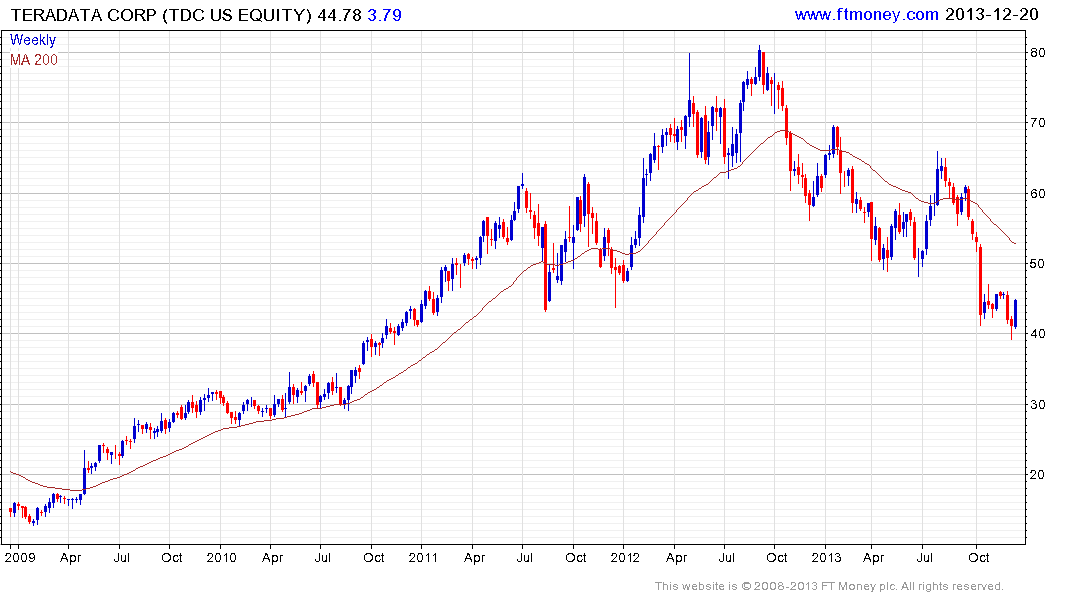 In the technology sector, Teradata has been falling for much of the year but the downtrend has lost momentum and it found at least short-term support this week.

The corollary of course is that if investors have already initiated long positions in anticipation of additional upside in January, additional new buyers will be required to help fulfil their ambitions. As we enter the final stages of quantitative easing behavioural patterns that existed during this profligate monetary environment may not be as reliable as they were in previous years. Monitoring the price action for similarities with previous years over the next couple of weeks is likely to give us a clue as to whether the situation is going to be repeated.