The government “recognizes that economic growth has slowed down and there is a need to implement growth-inducing initiatives,” the National Treasury said in an e-mailed statement today after the Moody’s announcement. The “government is committed to narrowing the budget deficit, stabilizing debt and rebuilding the fiscal space that enabled South Africa to escape the worst of the global economic crisis.”

The administration’s “recognition and the fiscal policy planners’ recognition of the challenges that they face” led to the outlook being raised to stable, Lindow said.

The medium-term budget statement released by Finance Minister Nhlanhla Nene last month “basically determined our outlook change,” Lindow said. While the government does face risks, “it appears that there are sufficient buffers built in to allow the targets to be met even if those downside risks materialize,” she said.

The relative strength of the US Dollar continues to emphasize that while no country wants a strong currency some need a weak one more than others. As a major commodity exporter South Africa can’t but feel the stress from the weakness of the Continuous Commodity Index. 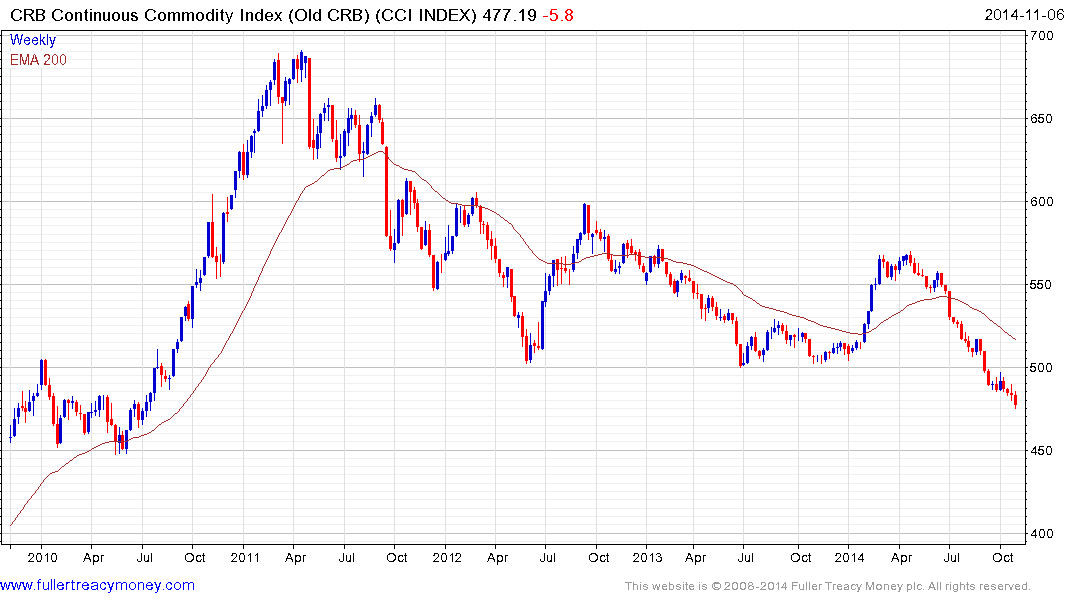 The US Dollar remains in a consistent uptrend against the Rand and a sustained move below the 200-day MA would be required to begin to question medium-term scope for additional upside. 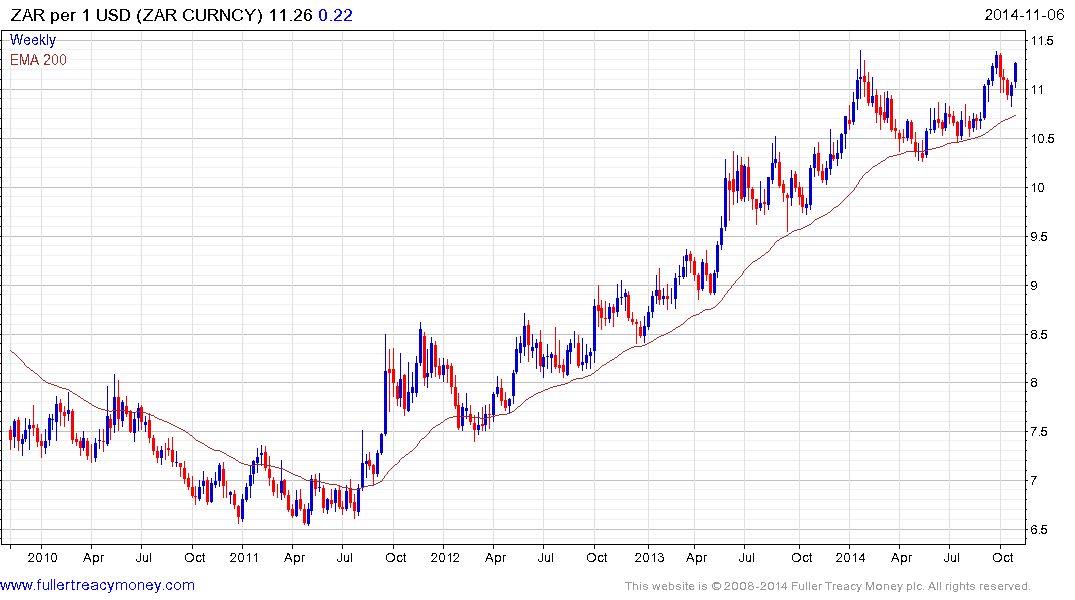