Capital flight from Russia has slowed to a trickle and the exchange rate crisis has been contained as confidence returns, the country's central chief told a top gathering of global investors.

"The rouble has stabilised and we've seen a drastic reduction in outflows of capital. Our estimate is that outflows for 2014 will be $85bn to $90bn," said Elvira Nabiullina, the country's central bank governor. The losses in April were just $4.6bn

"We'll see the funds return to our country as we carry out structural reforms," she said at the St Petersburg Economic Forum, carefully avoiding the taboo subject of international sanctions and the spillover from the crisis in Ukraine.

The estimated losses are far lower than figures touted by private economists or the US Treasury, though swap contracts can cloud the data. Former finance minister Alexei Kudrin said recently that he feared flight of $160bn for the whole of 2014.

The apparent to halt in outflows comes as sovereign wealth funds from Asia and Middle East with $3 trillion in their pockets held tentative talks on the sidelines of the summit, eyeing large possible ventures in Russia at a time when the door is suddenly wide open. Their willingness to go ahead with any such investments in defiance of Western disapproval will be a litmus test of how far economic and strategic power is slipping away from the old guard.

The Russian economy had been struggling to generate growth before tensions with Ukraine and the West escalated. Around the same time a number of emerging market currencies experienced selling pressure which forced interest rate hikes and fiscal reform. The Ruble was no exception and the ability of Russia to attract currency inflows will be dependent on its ability to support the currency and mollify concerns about the security of minority shareholder interests. 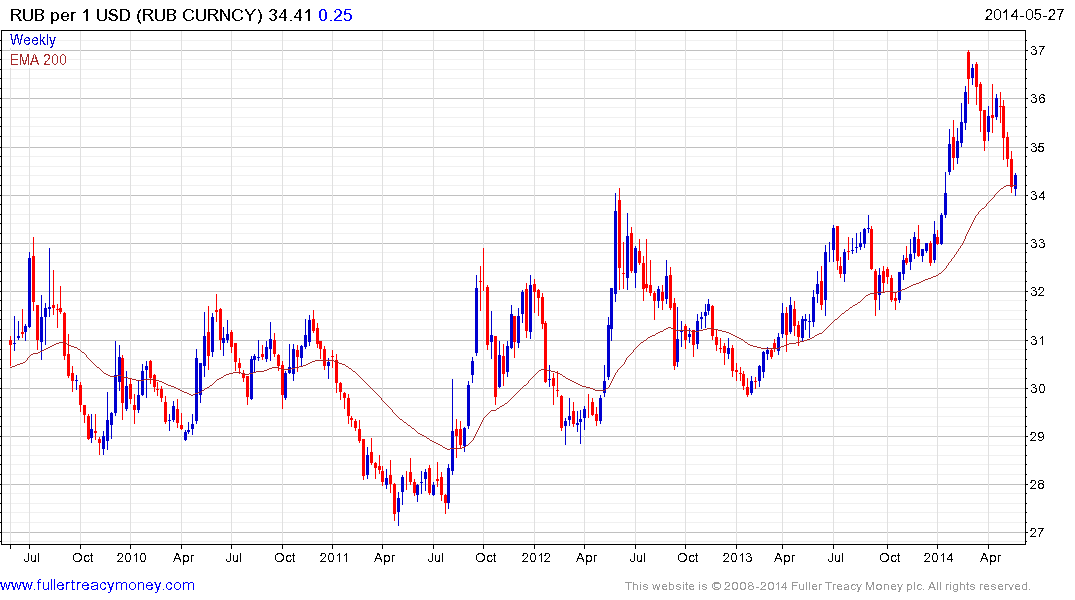 The US Dollar retested its 2009 peak against the Ruble in March and has since pulled back to test the region of the 200-day MA where it has steadied. An additional bounce appears likely as the short-term oversold condition is unwound. Beyond that, the Ruble will need to hold the RUB36 area if potential for additional weakness is to be avoided. 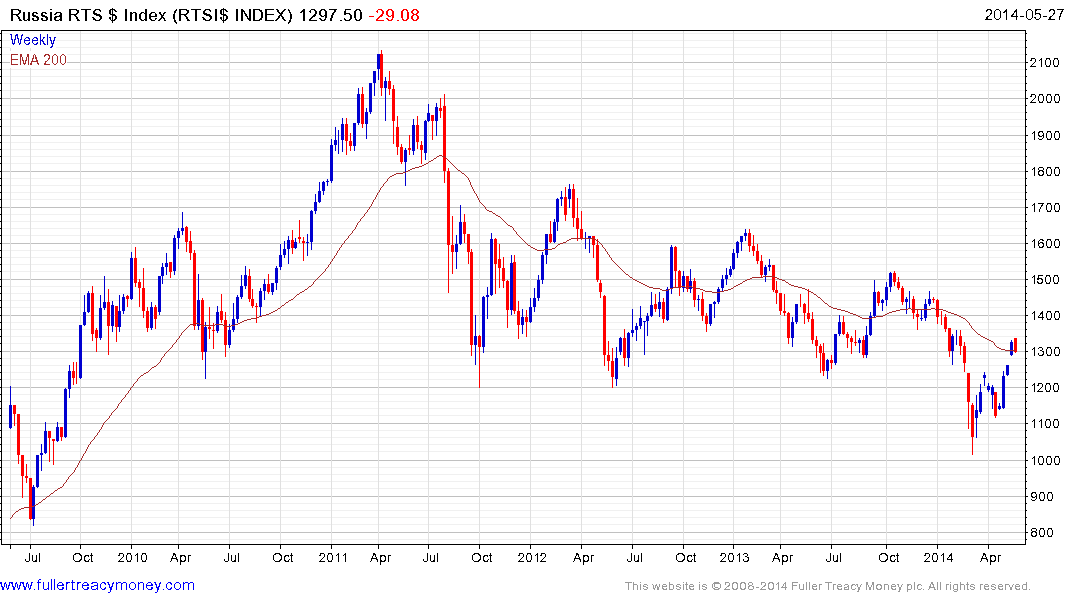 The Russian stock market index has also at least paused in the region of the 200-day MA following the impressive rally from early this month.