Russia may almost double a planned levy on wheat exports and impose new restrictions on barley and corn in an effort to curb food prices, heightening supply risks for global grain markets.

Officials in the world’s top wheat shipper will meet Friday to review grain-export duties and may increase a planned tax on shipments to 45 euros ($55) per ton from March 15, a spokesman for the Agriculture Ministry said. That compares with a 25-euro levy approved last month for sales from mid-February through June, as well as a quota on grain shipments.

The moves come after President Vladimir Putin’s call to cool food-price inflation because of sharp increases for staples like bread and sunflower oil last month. The threat of heightened restrictions from a major exporter helped stoke wheat futures in Chicago and Paris, and adds to concerns of crop
protectionism as grain prices rise.

Export restrictions might curb domestic food price inflation but will exacerbate it everywhere else. We are on the front end of significant commodity price inflation. The three most important food commodities are wheat, soybeans and rice. All have completed base formations. No one single factor creates more social unrest than a surge in basic food commodities. The high cost of bread in Tunisia was once of the causal factors in the origin of Arab Spring. Considering the extend of social unrest seen in the last 12 months it is quite likely we are going to see significant unrest in 2021 if food prices continue to rise. 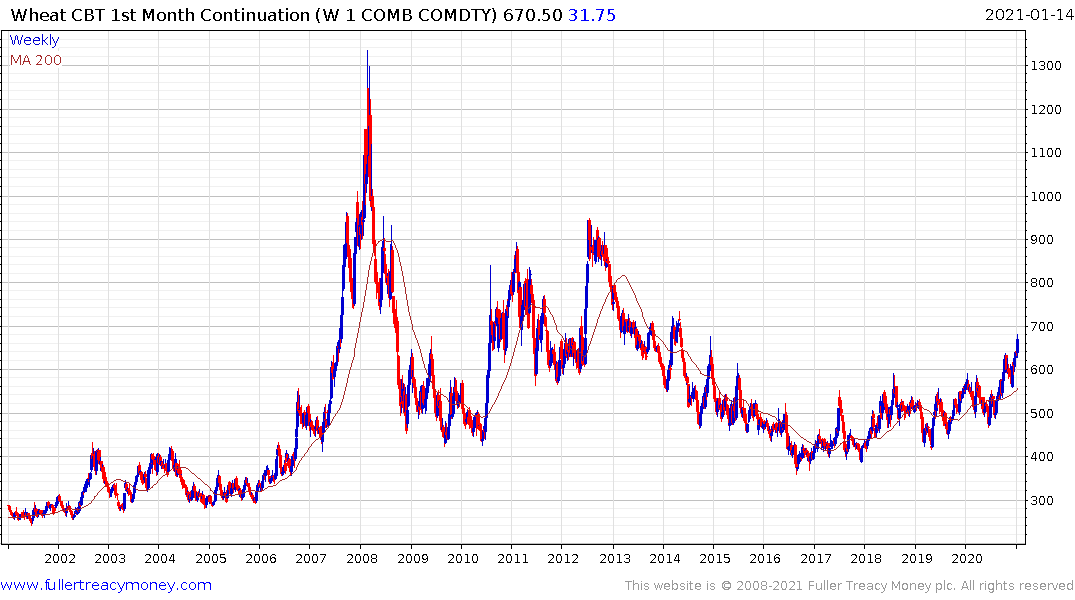 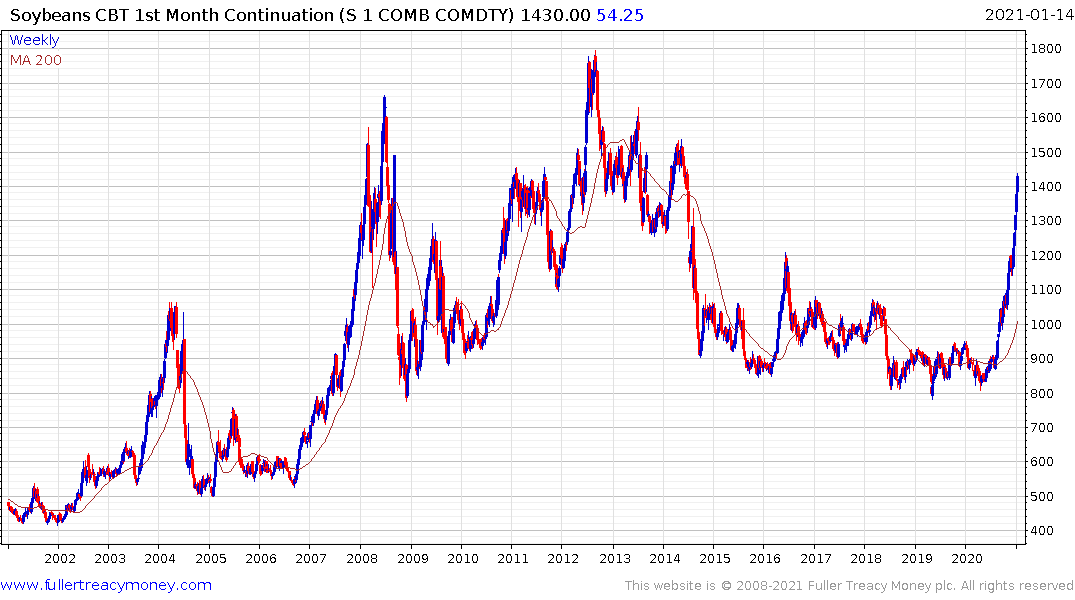 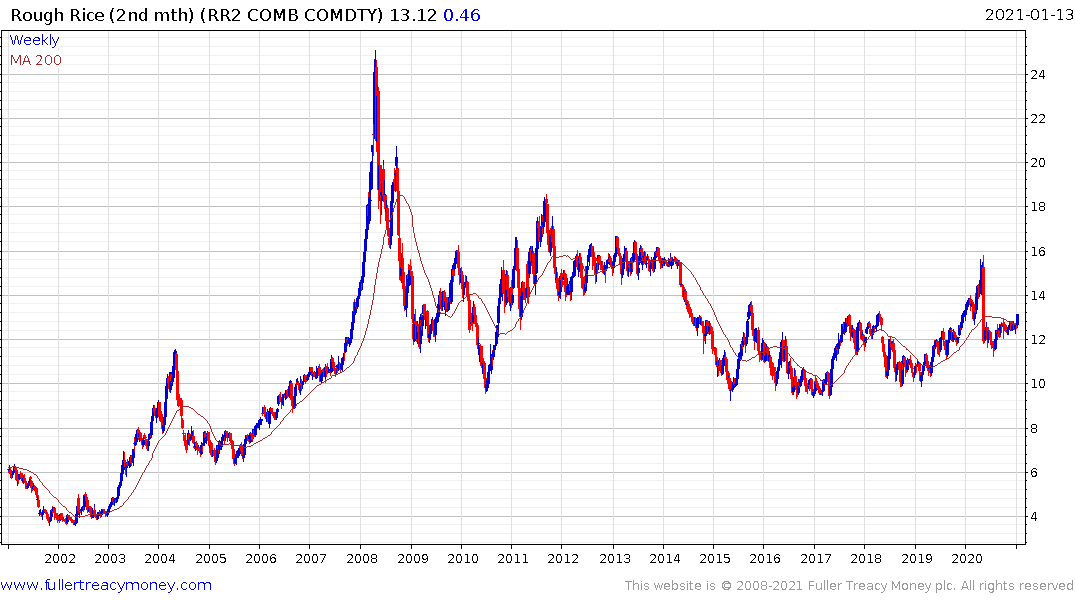 It would be wise for government to get out in front of this challenge early.  That’s obviously what Russia is doing. I wonder if Boris Johnson is paying attention. Responsibility for making Brexit a success rests squarely on his shoulders. Ensuring the UK’s food supply at a reasonable cost needs to be a priority not that uncertainty about supply chains is both regional and global. 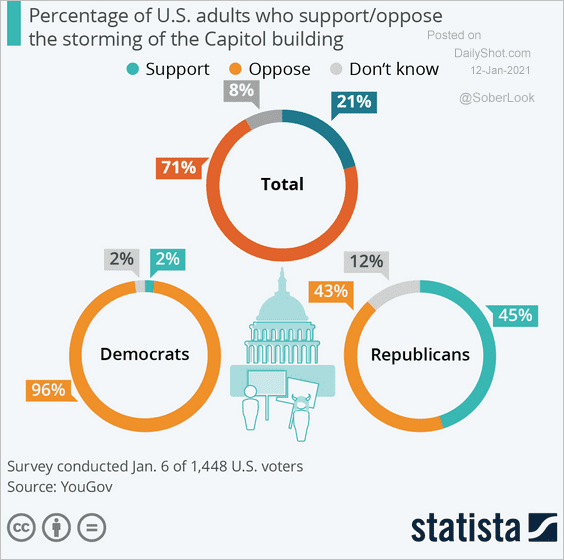 Meanwhile I thought this graphic from Statista was of particular interest. If it is in any way reflective of the mood of society support for Donald Trump remains a lot higher than the media would give one to believe. Plans are already underway for a new cable news channel but why not also start a new political party?