Russia already sends gas to China via its Power of Siberia pipeline, which began pumping supplies in 2019, and by shipping liquefied natural gas (LNG). It exported 16.5 billion cubic metres (bcm) of gas to China in 2021.

The Power of Siberia network is not connected to pipelines that send gas to Europe, which has faced surging gas prices due to tight supplies, one of several points of tension with Moscow.

Under plans previously drawn up, Russia aimed to supply China with 38 bcm of gas by pipeline by 2025.

The new deal, which coincided with a visit by Russian President Vladimir Putin to the Beijing Winter Olympics, would add a further 10 bcm, increasing Russian pipeline sales under long-term contracts to China.

Exporting gas is not Russia’s biggest money spinner but it creates reliance that is priceless from a geopolitical perspective. More than doubling gas exports to China might be described as an alliance of autocrats but the reality is China needs energy. That’s not an equal partnership even if the long-term pricing structure is competitive. Russia is building a network of dependency right across the Eurasian continent that will give it a lot of leeway to push for concessions in other areas. 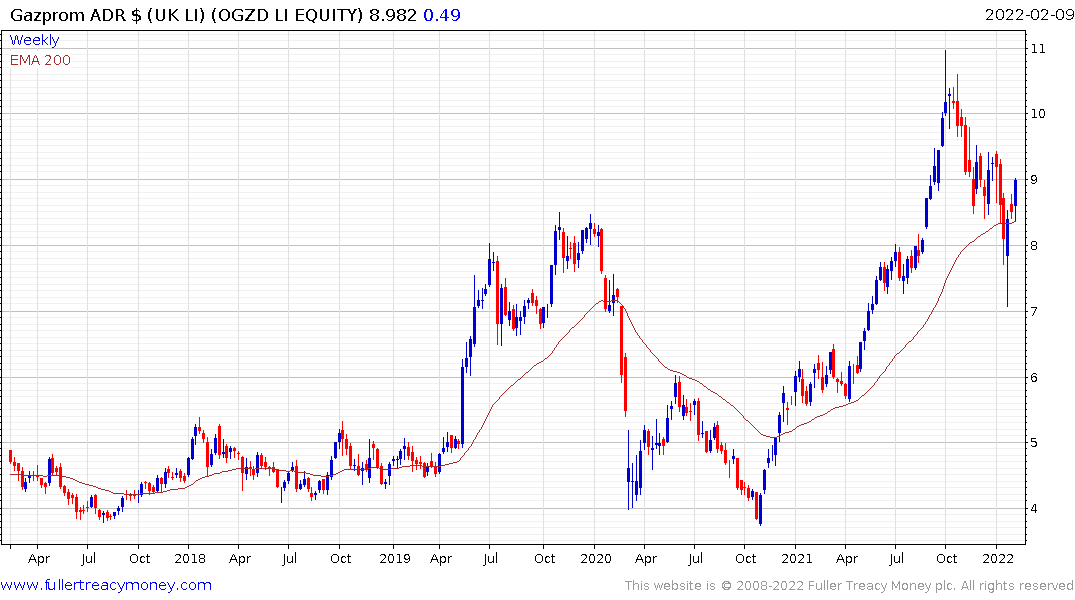 Gazprom’s London listed GDR is currently bouncing from the region of the upper side of its base formation. 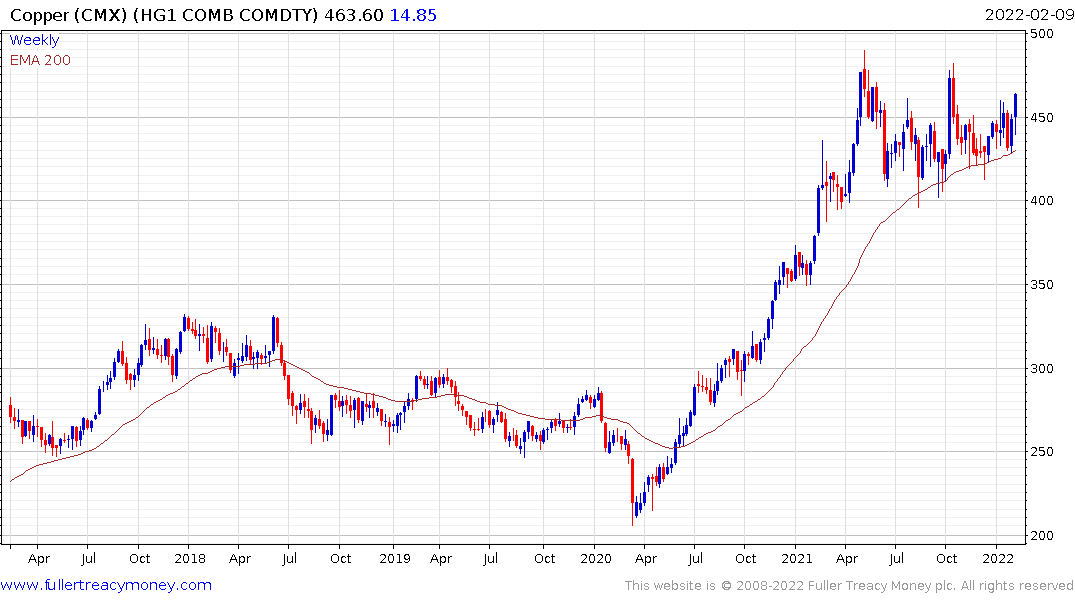 China today attempted to talk iron-ore prices lower. Building pipelines over thousands of kilometres, as well as massively expanding wind and solar arrays is going to be a significant demand driver for steel. That suggests they will have limited success in talking prices lower. Copper extended its rebound today to push back above the psychological $4.5 level. 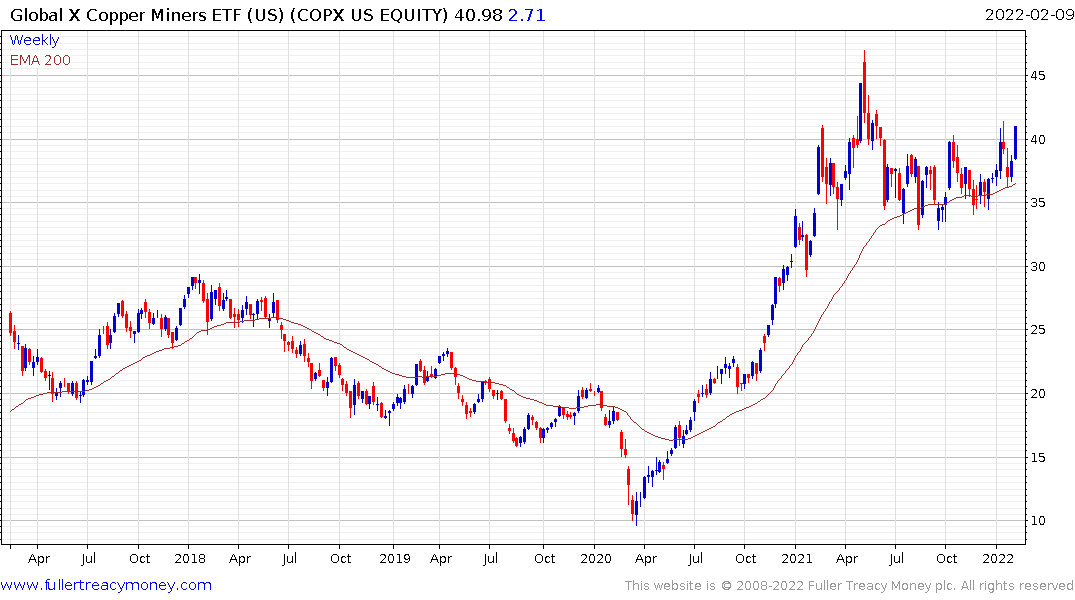 The Global X Copper Miners ETF is also rebounding impressively from the region of the trend mean. 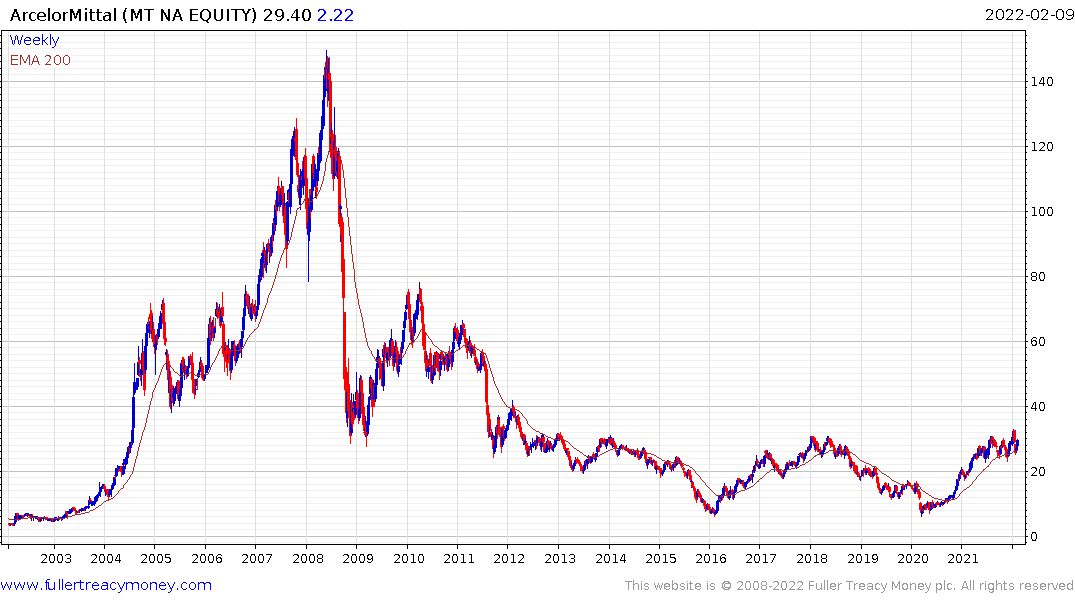 Within the broad global steel sector Arcelor Mittal is testing the upper side of a 10-year base formation. 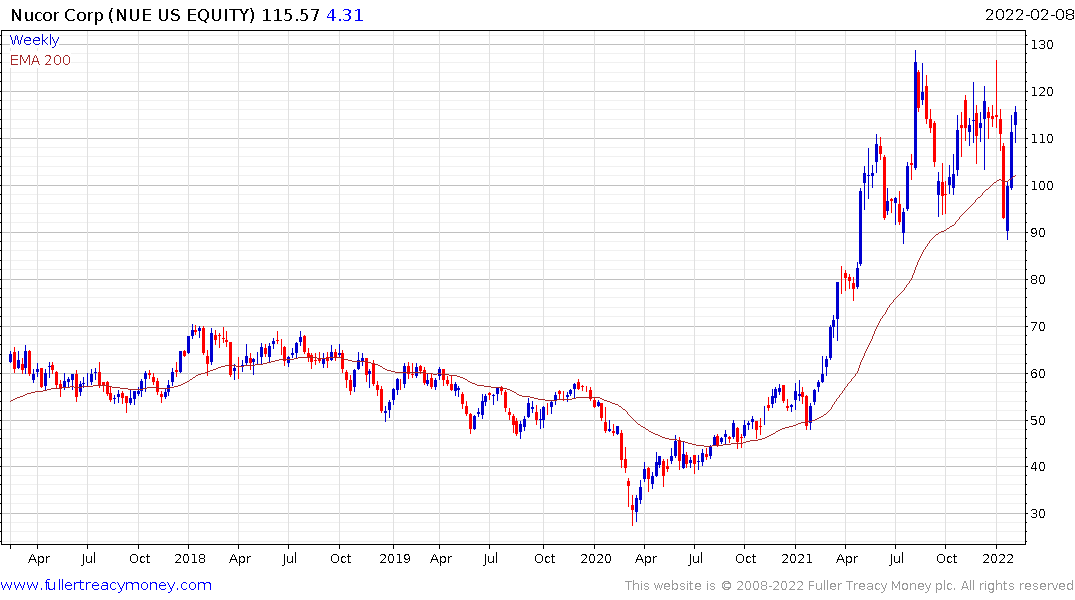 Nucor has rebounded impressively from the recent test go the 200d-ay Ma and is approaching its peaks. 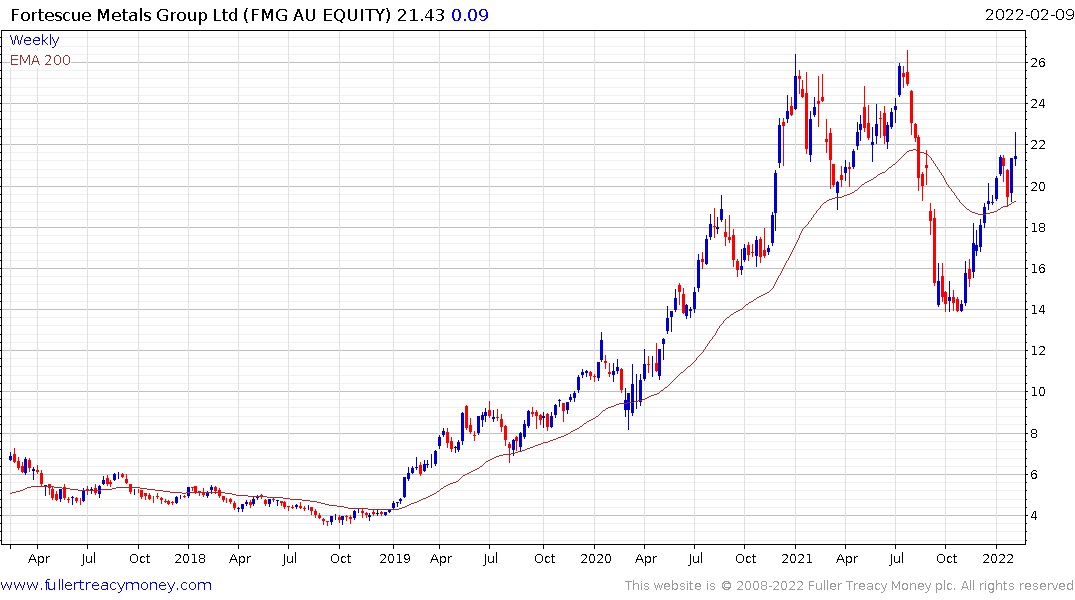 Fortescue posted a downside key day reversal following the announcement of plans to build a massive combined wind/solar/battery storage plant close to its Pilbara mines. The aim is to be carbon neutral sooner than other producers and to use that as a competitive advantage in selling iron-ore. The share has a high degree of commonality with the Chinese iron-ore price. 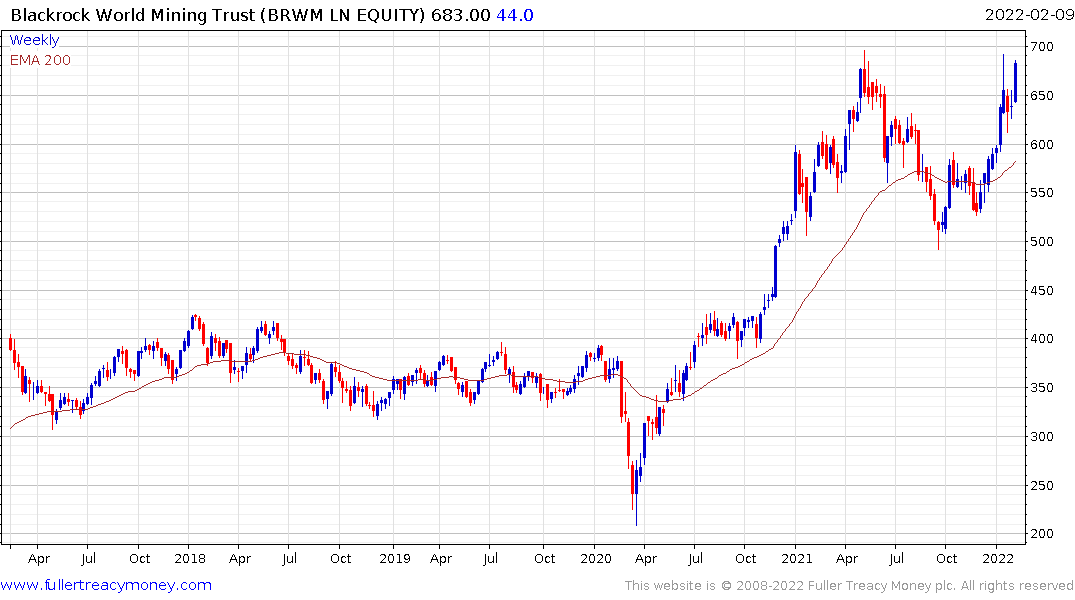 The Blackrock World Mining Trust is back testing the peaks near 700p and remains on an overall medium-term recovery trajectory.