Indonesia’s rupiah advanced to a 16- week high after overseas investors pumped money into the nation’s assets due to an improving economy.

The currency appreciated 0.9 percent to 11,478 per dollar as of 4:28 p.m. in Jakarta and earlier reached 11,470, the strongest level since Nov. 11, prices from local banks show. In the offshore market, one-month non-deliverable forwards surged 1.3 percent in the biggest gain since Feb. 14 to 11,468, trading 0.1 percent stronger than the onshore rate, according to data compiled by Bloomberg.

Global funds bought $2.9 billion more of the nation’s stocks and rupiah bonds than they sold this year, according to data compiled by Bloomberg, as reports showed the current- account deficit almost halved last quarter and inflation eased in February for the first time since September. A reference rate used to settle rupiah forwards was set at 11,580 per dollar by the Association of Banks in Singapore yesterday, matching Bank Indonesia’s benchmark for the first time after six months of the ABS fixing being stronger.

“The rupiah has been strengthening on the back of the inflows,” said Irene Cheung, a foreign-exchange strategist at Australia & New Zealand Banking Group Ltd. “The onshore- offshore gap has matched, which is a good sign as that promotes investment on better confidence.”

The recent furore over the weakness of emerging market currencies has increased awareness that currency volatility is likely to be a more relevant feature in the next decade than it was in the last. However, this also represented attention focusing on an aspect of the market that has been evident for more than year. For example, the Indonesian Rupiah had been declining for three years before it began to make headlines. It has now found at least short-term support in the region of the 2001 and 2009 lows near IDR12,000. A sustained move above that level would be required to reconfirm US Dollar dominance. 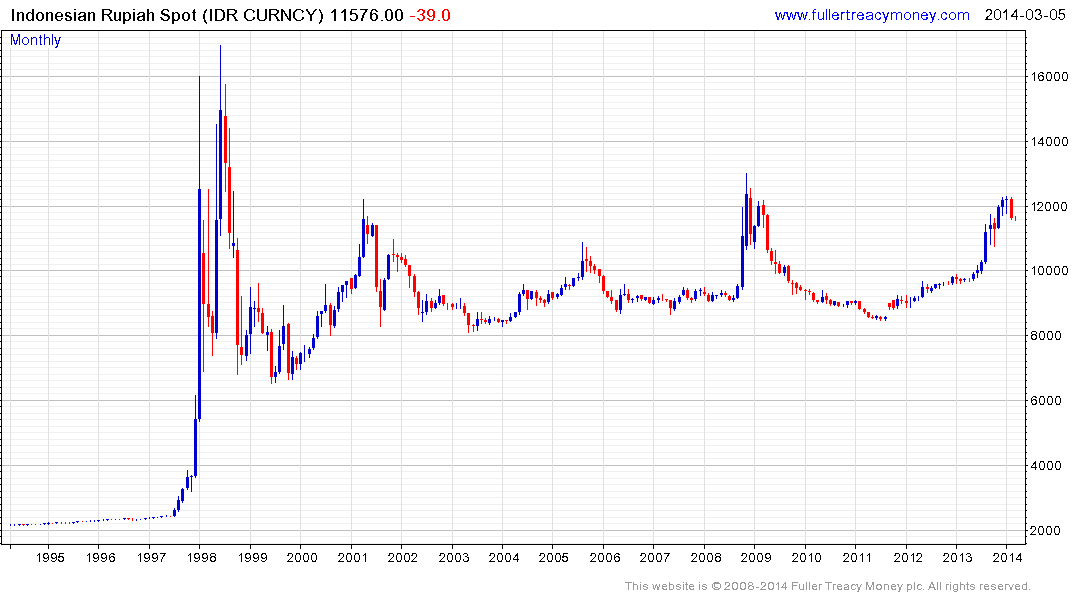 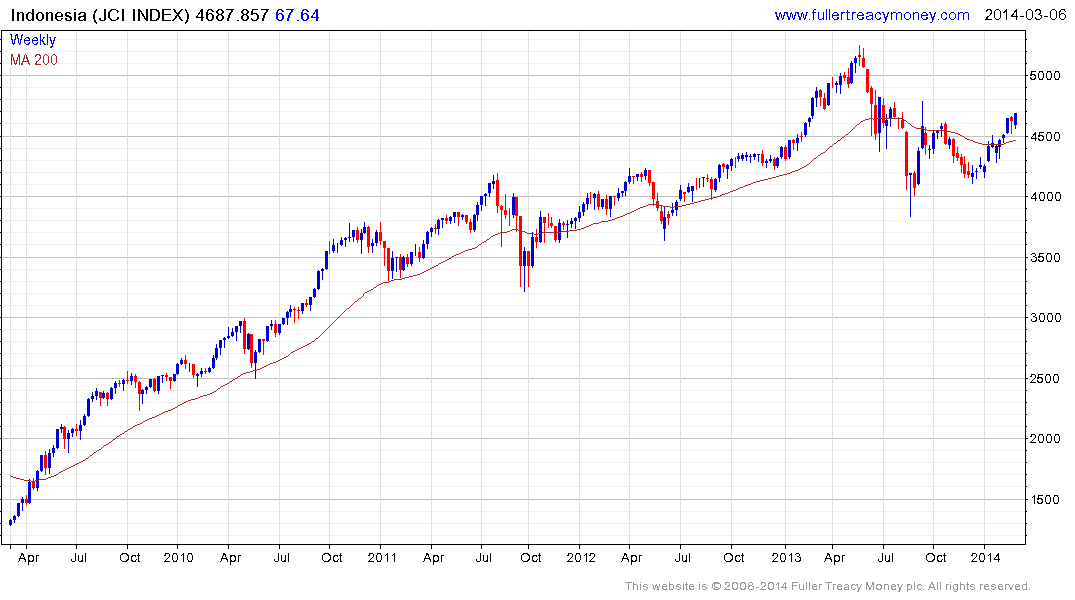 With some steadying of the Rupiah, the Indonesian stock market has also found support and pushed back above the 200-day MA last month. A clear decline below 4600 would be required to question current scope for additional higher to lateral ranging. 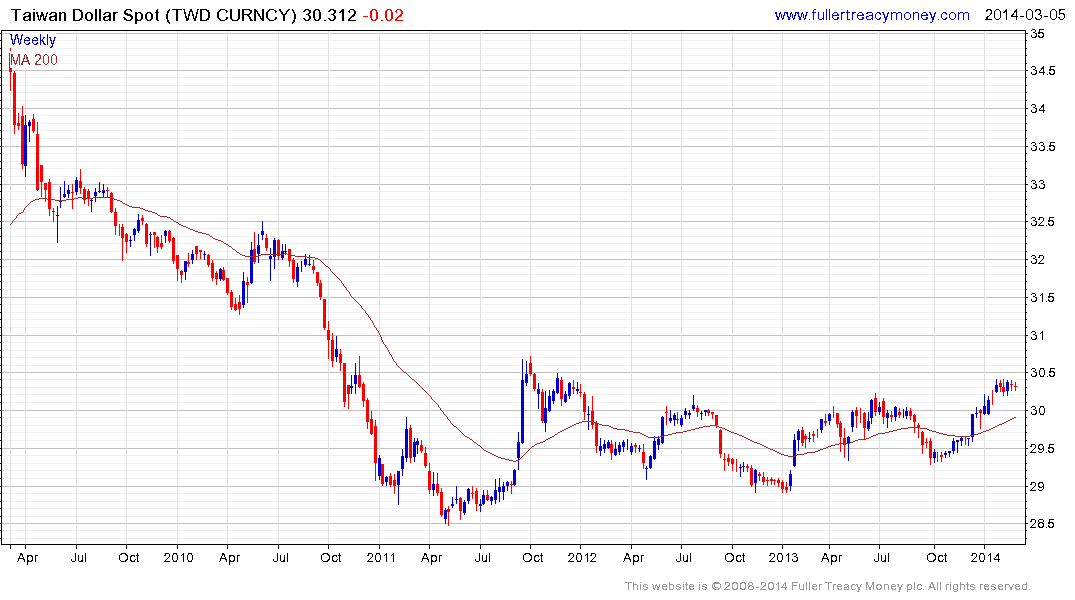 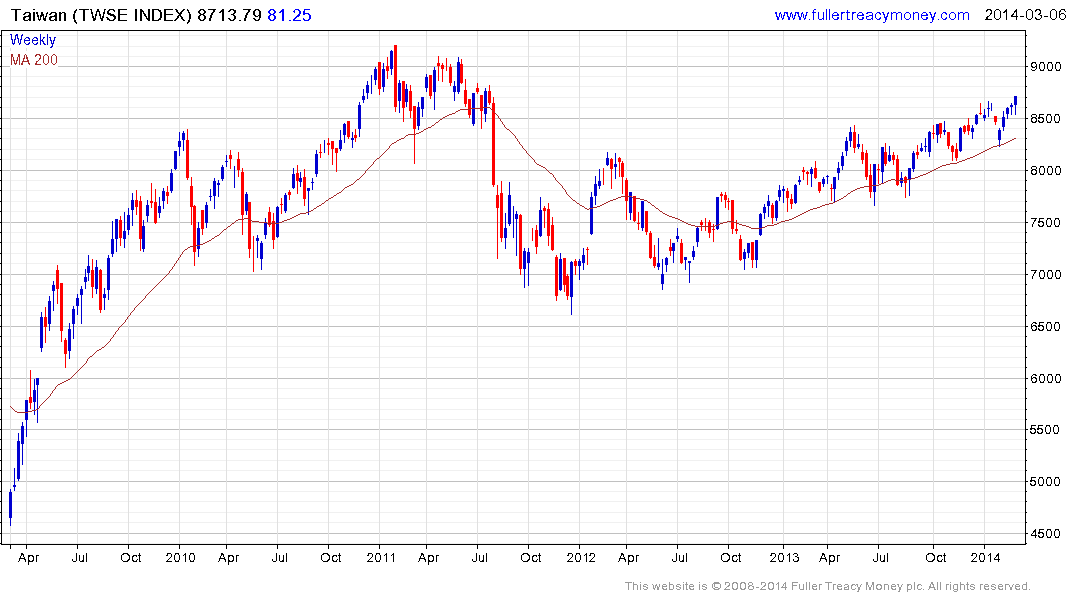