The Indonesian parliament’s finance commission agreed late on Tuesday to lower the expansion projection in the 2016 budget to 5.3 percent from 5.5 percent. A preliminary factory gauge released Wednesday in China, Indonesia’s largest trading partner, missed estimates and dropped to the lowest since 2009.

Investors are still waiting to see when the Federal Reserve will raise interest rates, a move that’s expected to sap demand for emerging-market assets.

The rupiah declined 1 percent, the most since Aug. 12, to close at 14,647 a dollar, prices from local banks show. It fell to 14,661 earlier, the weakest level since July 1998, and is down 15 percent this year in Asia’s worst performance after Malaysia’s ringgit.

“The rupiah continues to decline as markets pare their expectations,” said David Sumual, chief economist at PT Bank Central Asia, the nation’s largest lender by market capitalization. “This growth estimate is more realistic. At this stage, with the Fed still clouding the outlook and China continuing to slow, it’s better to be conservative than see another revenue shortfall.” 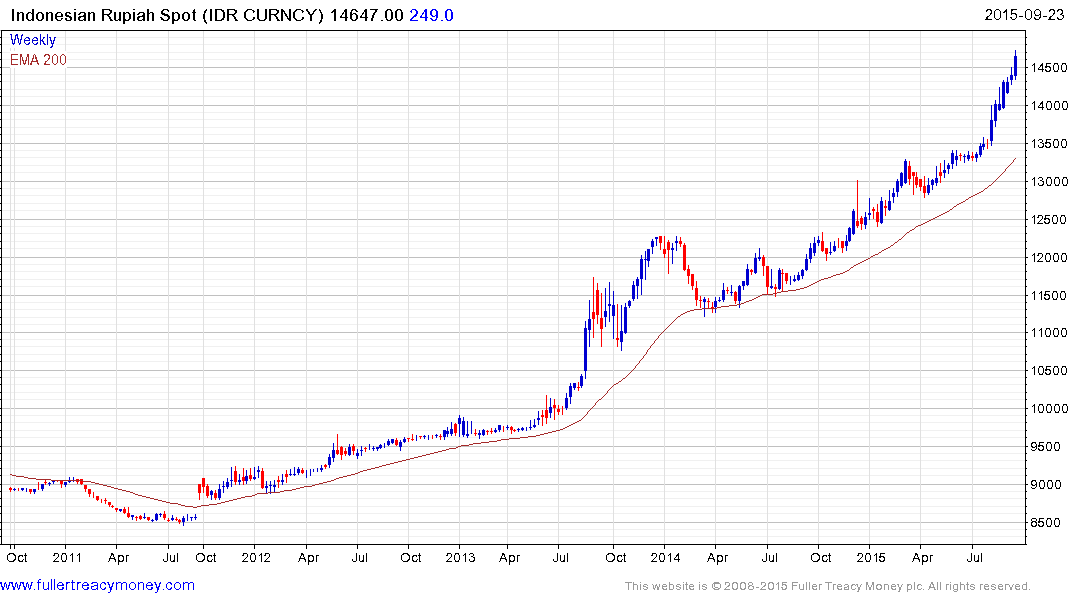 The Dollar’s uptrend against the Indonesian Rupiah has picked up pace over the last month and a clear downward dynamic will be required to signal mean reversion is underway. 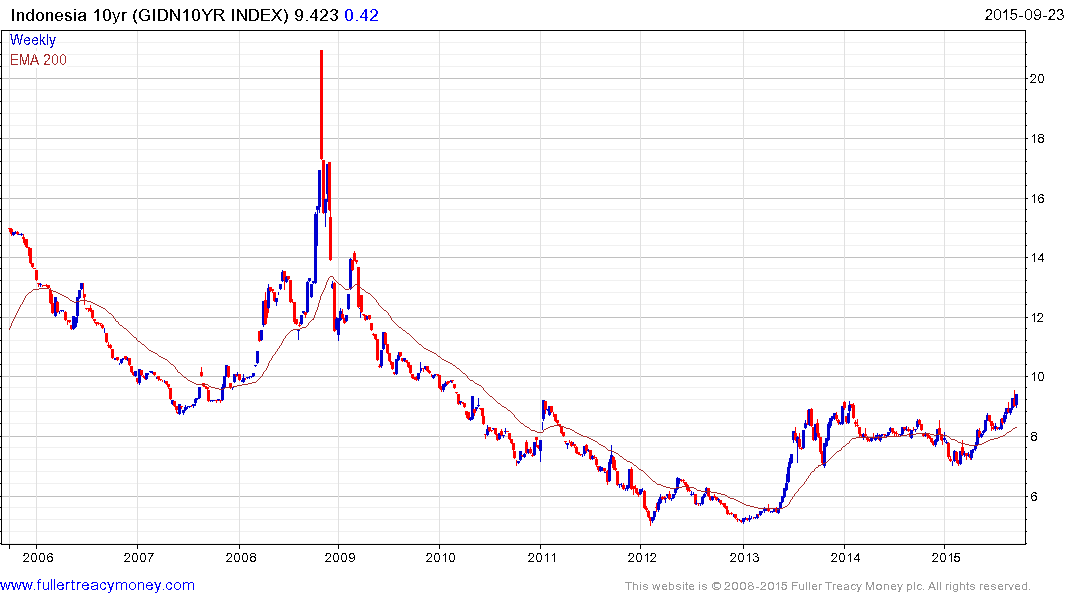 Right now 10-year local currency bonds yield 9% but US Dollar 10-years only yield 3.95%. Considering how quickly the Rupiah is declining this does not look like particularly good value for a BB rated issue when Treasuries yield 2.14%. Little wonder then that bond funds are under pressure as speculation about the Fed’s intentions continues to mount. 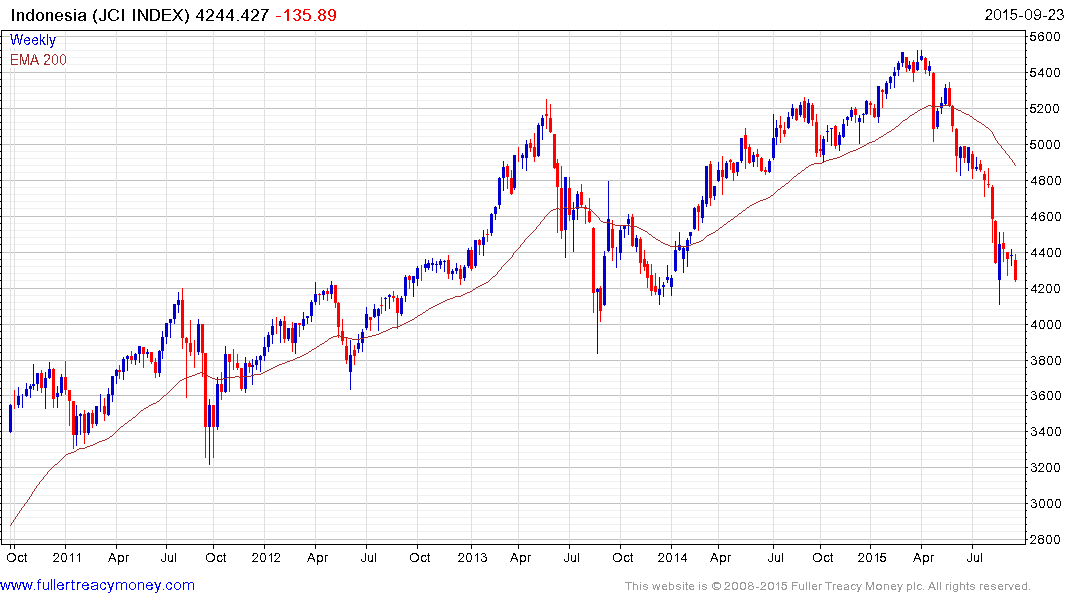 The Jakarta Composite Index continues to trend lower and a break in the progression of lower rally highs will be required to check momentum.