Quantitas Gestao de Recursos, a Porto Alegre-based investment boutique that manages 15 billion reais ($6.1 billion), estimated last week there is a 50 percent chance Brazil could be cut to junk in her second term.

“Unfortunately, this is very negative for Brazil,” Bianca Taylor, a Boston-based sovereign analyst and strategist at Loomis Sayles, which oversees $223 billion of assets, including Brazilian bonds, said in a telephone interview last night.

Taylor expects a “natural negative reaction” in bond markets this week. “She has not managed the country in a good way so far.”

Rousseff has boosted spending and stepped up government control of state-run companies, discouraging investment and helping sink the economy into stagflation. The country’s gross domestic product shrank in the first half of the year while annual inflation soared to 6.75 percent in September, above the top end of the government’s target range.

In her victory speech Dilma Rousseff acknowledged her poor performance in stoking economic growth and said she wanted to do better the second time around. It is all well and good to commit to dialogue but reigniting growth in a declining commodity price environment is going to take courage and imagination which was not on show during her first term. The burden of funding social programs is likely to continue to be put on major state run enterprises such as Petrobras and might increase. 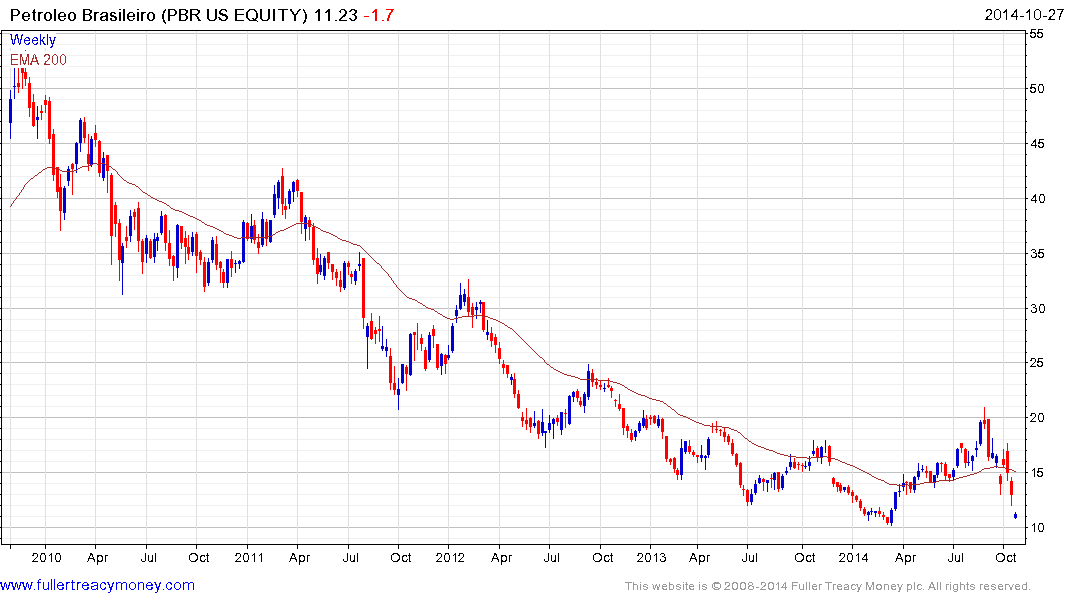 The Real and Bovespa were both weak today and both closed off their lows. However without a bullish catalyst in the form of a cross party agreement to support reform it is all for the bulls to prove. Clear counter trend dynamics will be required to check supply dominance. 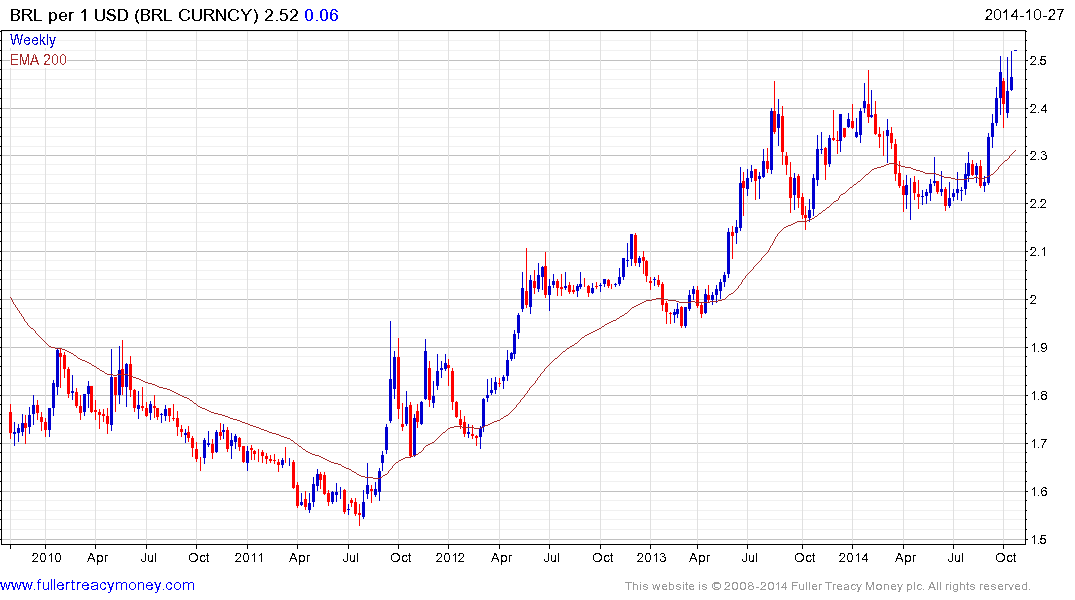 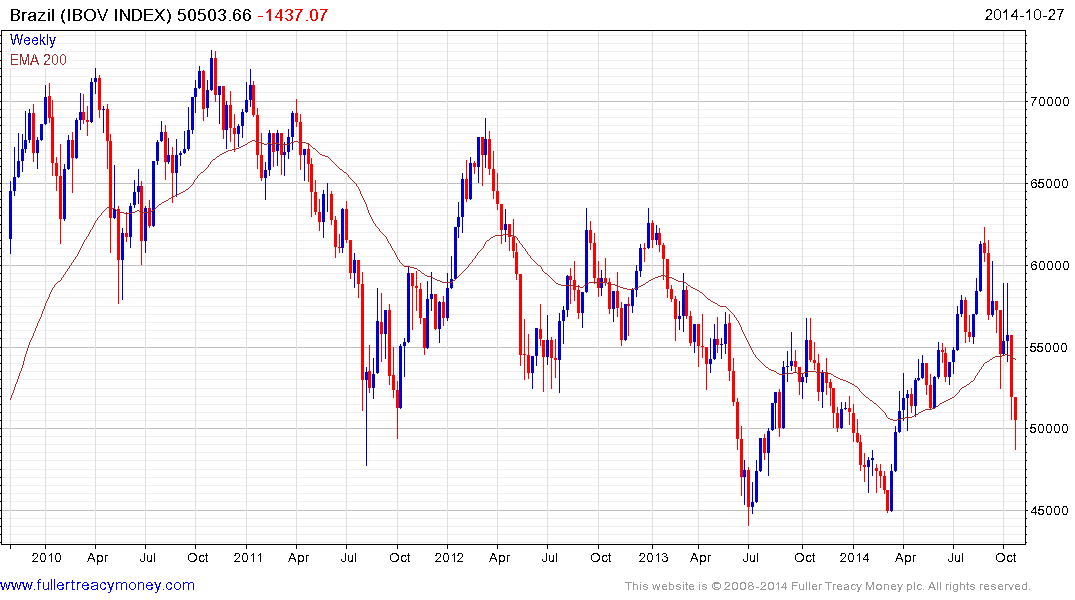