The central bank is switching to a “wait-and-see mode,” Commerzbank analyst Alexandra Bechtel said. “The rate-cut cycle is complete.”

The jump in inflation has brought to an end a run of four reductions in the benchmark during the pandemic.

That easing helped fuel an economic revival: Economic growth outshone the rest of the EU in the last quarter of 2020. The expansion has added to upward price pressures that are mainly being driven by higher global energy costs and the liberalization of the domestic electricity market.

MSCI’s Eastern Europe ex-Russia index was last updated in 2016. Generally speaking, when esoteric benchmarks are abandoned, it is because investment demand has evaporated. The ETF issuance business is driven by fashion and momentum. The incremental cost of creating new funds is low and success is measured by the number of assets they attract. When a sector falls out of favour ways to invest in it disappear. 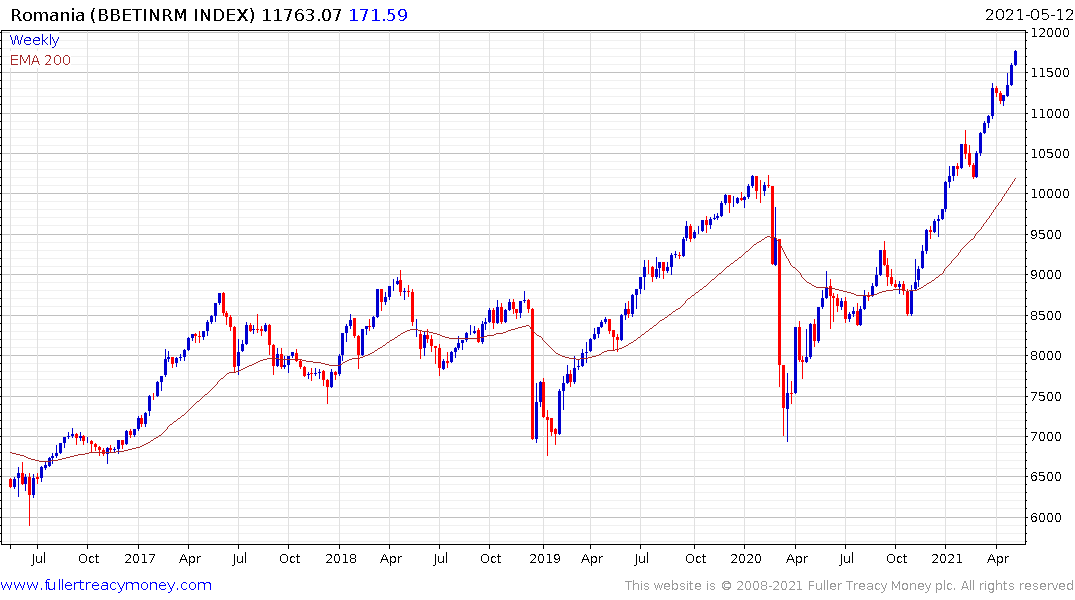 That’s about the best indicator of how well-owned a sector is and suggests Eastern Europe has fallen off the investment map. It also suggests there is considerably less risk of contagion than in more popular markets. Any consolidation will likely be limited to a reversion towards the mean and not least because Europe and the UK fall squarely into the value side of the market.