“Bitcoin seems to be the hedge of choice against the U.S. dollar debasement that is looming, either through more Federal Reserve quantitative easing, higher government debt or a steepening yield curve -- or all three,” Jeffrey Halley, a senior market analyst with Oanda Asia Pacific Pte, wrote in an email.

Bitcoin’s investor base is also widening as more institutions make the jump into the asset class. Purchases or endorsements from the likes of Square Inc., Paul Tudor Jones and Stan Druckenmiller add to the mix. But its volatility -- including a furious run toward $20,000 in December 2017 followed by a bust -- make arguments for the cryptocurrency as a store of value contentious.

Fear of missing out “is well and truly in play here, and the fact that so many big hitters are publicly declaring their positions is clearly helping,” Chris Weston, head of research at Pepperstone Financial Pty, wrote in a Nov. 18 note. “I don’t see this move as a mania or grossly over-loved just yet.”

The bitcoin price is back testing its peaks which begs the question whether it is about to break on the upside in a rerun of the 2017 mania. The one big difference between bitcoin and other assets is it is completely borderless. All anyone needs is an internet connection to buy. That equates to a very wide investor base for what is a tight market. 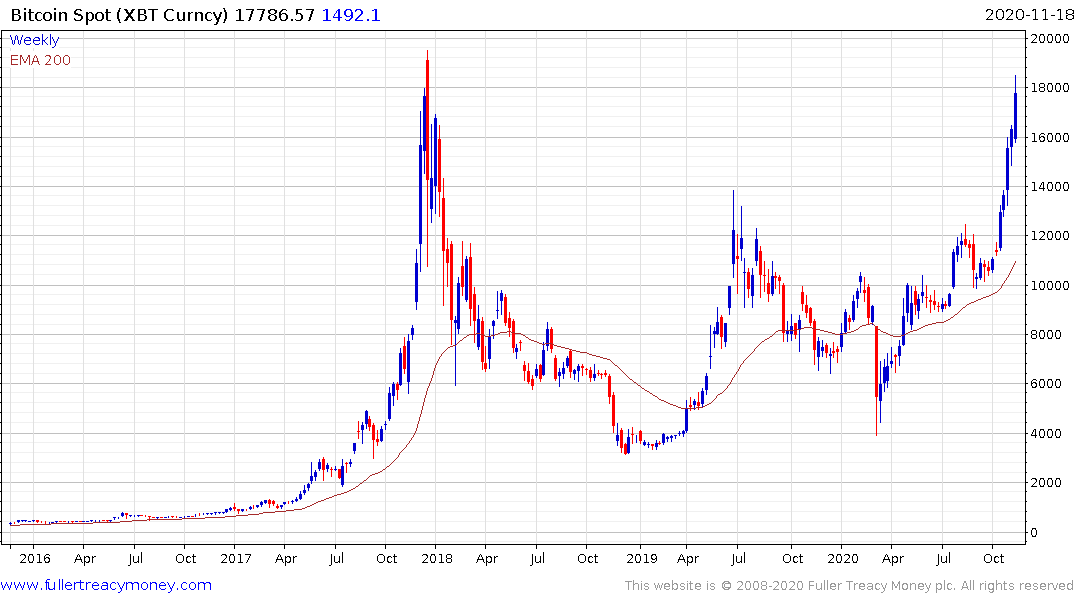 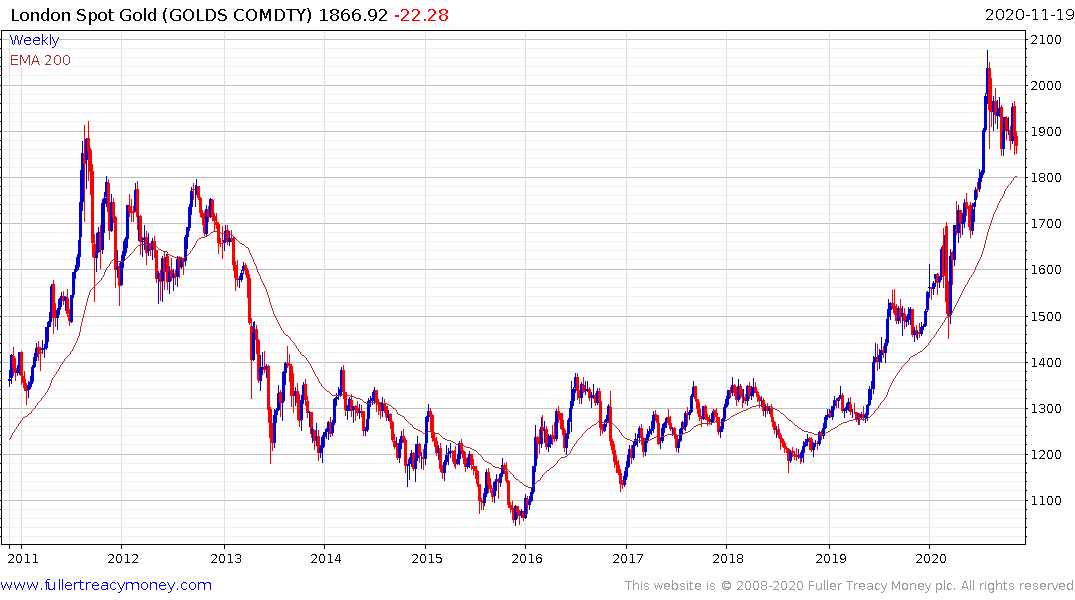 The price is back testing the $18,000 level. It is somewhat overbought in the short term following an impressive move over the last seven weeks. It is reasonable to expect some consolidation in the region of the previous peak, in a manner similar to what gold has done over the last few months.

The biggest similarity between bitcoin and gold is in how they trade. They appear to have similar emotional responses to news, volatility overshoots and explosive breakouts. However, everything in the cryptocurrencies markets tends to happen quicker so ranges and rallies can be more powerful but shorter in duration.