Since 2015, Nike has been working with Flex, the high-tech manufacturing company better known for producing Fitbit activity trackers and Lenovo servers, to introduce greater automation into the otherwise labour-intensive process of making a shoe.

Flex’s facility in Mexico has become one of Nike’s most important factories, responsible not just for a growing slice of the company’s production but also for a string of innovations to be rolled out across Nike’s supplier base, such as laser-cutting and automated gluing.

For Nike, the shift to greater automation has two huge attractions. By driving down costs, it could lead to a dramatic improvement in profit margins. It would also allow the company to deliver new designs more quickly to fickle, fashion-conscious customers at a premium. A pair of Nike Roshe shoes costs $75 without Flyknit uppers, compared to as much as $130 with Flyknit.

Nike has been talking for at least five years about its plans to introduce greater automation into the process of making shoes. The fact it has taken this long to get a factory up and running attests to the complexity of achieving its objective but also to the inevitability of the process. 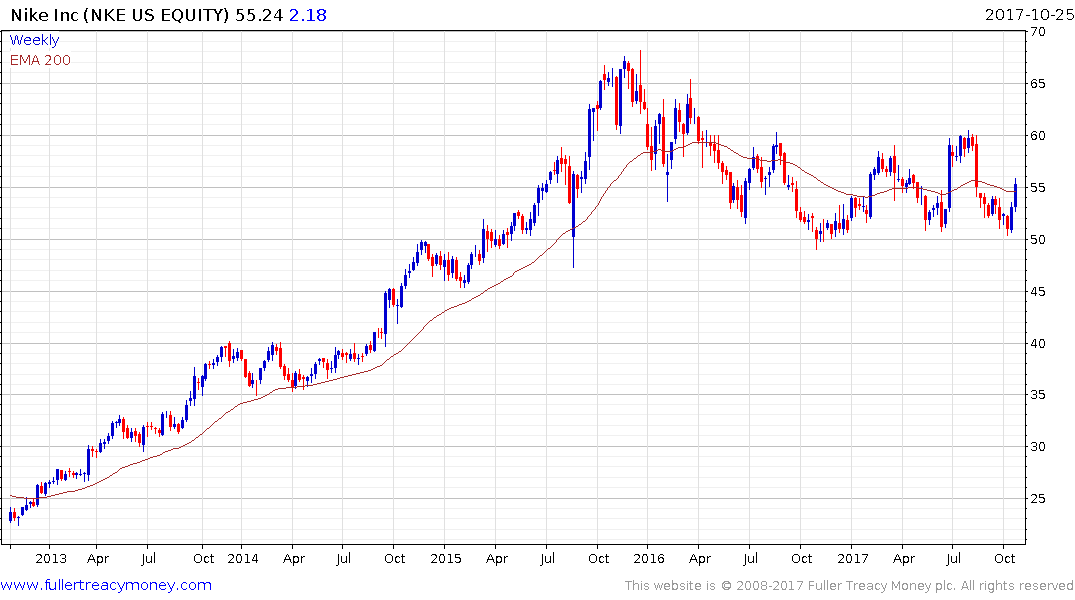 Nike has gross margins above 40% and net margins have improved from 9.5% to 12.3% since 2012. However, while impressive, these metrics also help to illustrate the low barrier to entry for interlopers. Therefore company has to spend progressively more on marketing to keep its position. Investing in automation helps to reduce input costs and represents an advantage relative to competitors in what is a very competitive market.

The share has been ranging below its 2015 peak for a year and bounced two weeks ago from the lower boundary. However, a sustained move above $60 will be required to signal a return to demand dominance beyond short-term steadying. 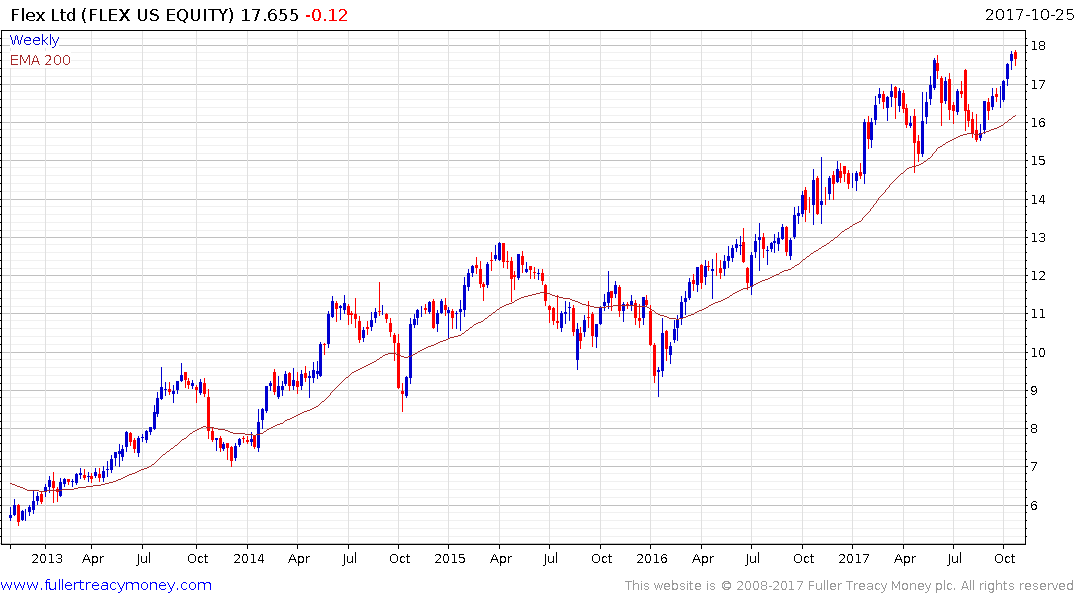 Flex (previously Flextronics) remains in a reasonably consistent medium-term uptrend and a sustained move below the trend mean would be required to question medium-term scope for additional upside.