Rising Rents Are Fueling Inflation, Posing Trouble for the Fed
Comment of the Day

Rising Rents Are Fueling Inflation, Posing Trouble for the Fed by Eoin Treacy

“Many participants pointed out that the owners’ equivalent rent component of price indexes should be monitored carefully, as rising home prices could lead to upward pressure on rents,” minutes from the Fed’s September meeting, released Wednesday, said.

Rent is less critical to the Fed’s preferred inflation gauge, the one it officially targets when it shoots for 2 percent annual inflation on average, than it is to the C.P.I. But it is a big part of people’s experience with prices, so it could help shape their expectations about future cost increases.

Those expectations matter a lot to the Fed. If consumers come to anticipate faster inflation, they may begin to demand higher wages to cover their rising expenses. As businesses lift prices to cover rising costs, they could set off an upward spiral. Already, some key measures of inflation outlooks — notably the New York Fed’s Survey of Consumer Expectations — have jumped higher.

The Fed is already preparing to start slowing the large bond purchases it has been making during the pandemic to keep longer-term interest rates low and money flowing around the economy. If inflation stays high, the Fed may also come under pressure to raise its policy interest rate, its more traditional and more powerful tool. That might slow mortgage lending, cool the housing market and weigh down inflation.

But doing that would come at a big cost, slowing the labor market when there are 5 million fewer jobs than before the pandemic. So for now, Fed officials are getting themselves into a position where they can be nimble without signaling that they’re poised to raise rates.

David Ricardo’s Iron Law of Wages dictates that the prevailing base rate will be enough for people to scrape by.  Since the cost of everyday items people spend money on to survive keeps rising, there is only one way for wages to go.

The Atlanta Fed Wage Growth Tracker was updated this week and broke to a new high of 4.2%. That completes a five-year range and suggests we are in a new environment for wage growth.

This not a black and white argument because while commodity, housing and transportation costs are rising, there are still millions of people who are choosing to stay outside the workforce. There is no one cause for that trend either. It may be because people are living off their savings or chose to retire early. Many parents are contending with higher childcare costs. I know I can’t be the only one who has been horrified at the quality of education provided via zoom classes. Many parents have decided to do it themselves.

Ultimately, while subsistence sets the floor, supply and demand will dictate how high wages go. Inflationary expectations play a significant role in that calculation. The 5-year in 5-year breakeven rate continues to trend higher and is now testing the upper side of the range that has been forming since 2015. 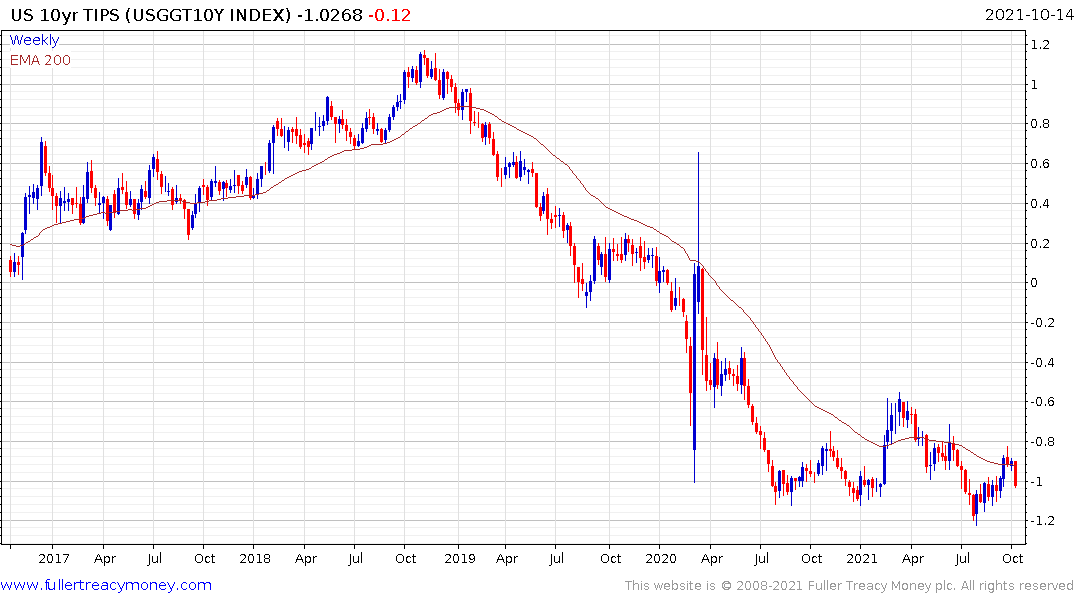 10-year TIPS trading at -1% are another way of reflecting that data but ultimately the persistence of inflationary pressures will pull yields higher. 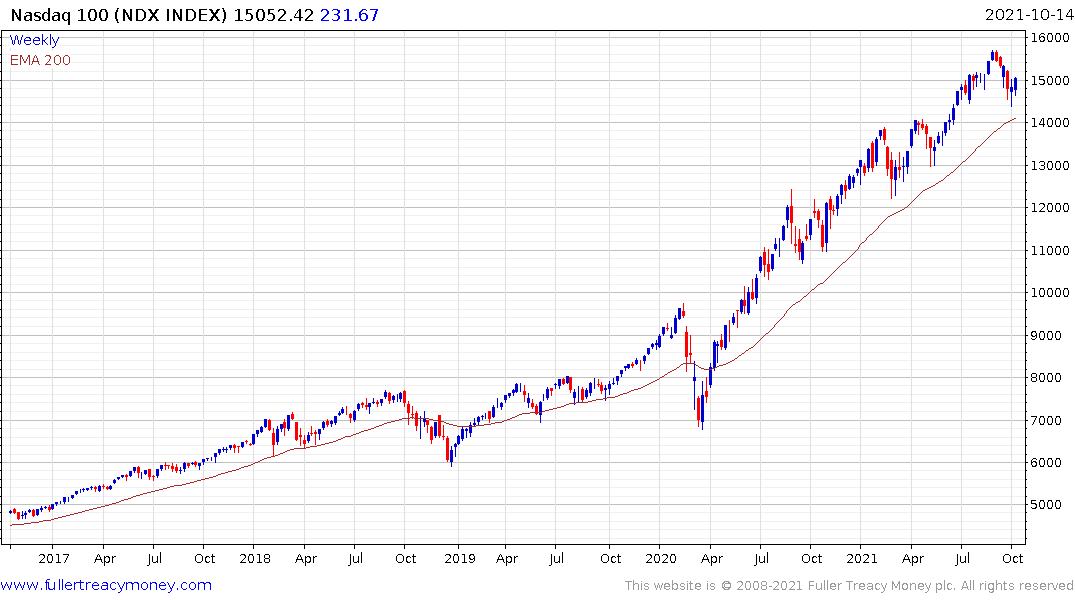 Lower than expected PPI figures today buoyed the stock market on the expectation that inflationary pressures are not accelerating as quickly as initially feared. Anything that is deemed to slow the pace of tapering is viewed as positive by stock investors and the primary indices remain in reasonably consistent uptrends.