Rio Tinto investors partying like it's 2014 by Eoin Treacy

Rio Tinto’s (ASX, LON:RIO) investors will be celebrating Christmas in February, as the miner is giving them a $4 billion special dividend, or $2.43 cent a share, after posting its highest annual underlying earnings since 2014.

The world’s second largest miner reported Wednesday a 2% increase in underlying profit, up to $8.8 billion, beating market forecasts of $8.5 billion on the back of rising revenue of $40.5 billion. The special dividend also came after a string of asset divestments, including Rio’s entire interest in Indonesia’s Grasberg mine for $3.9 billion.

Since Jean-Sébastien Jacques took the helm in July 2016, Rio has focused on cutting costs, generating cash and returning as much of it as possible to investors through dividends and share buybacks.

Last year, the company waved all its coal assets goodbye and is now the only major miner with a fossil-fuel-free portfolio. In total, Rio has sold $12 billion worth of unwanted assets since 2015.

The special dividend got shaved off the share’s price in the last couple of days as it tests the region of the June peak near 4500p. Nevertheless, a sustained move below the trend mean would be required to question medium-term scope for continued upside. 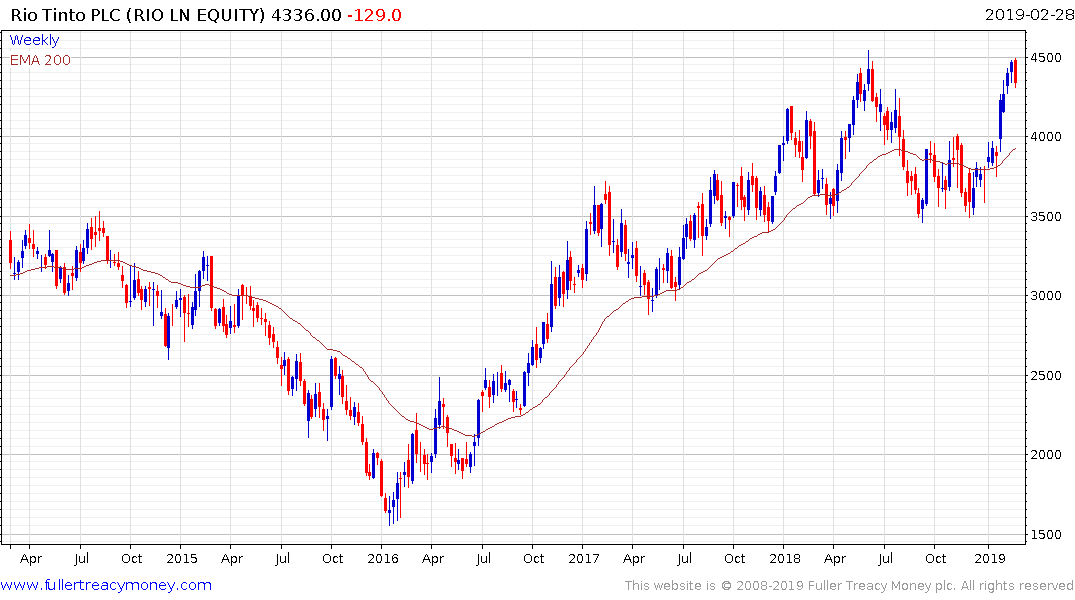 The company is making a big push to promote itself as the greenest of miners which is a gamble since coal is a profitable business right now.

The announcement of a delay in the underground expansion of the Oyu Tolgoi mine is probably also a factor in recent weakness. However, the discovery of a new copper belt in Australia suggests the company is refocusing its attention on copper over coal while the primary focus on the business will be iron-ore and aluminium. It contends in its environmental report that these are the metals required for a clean future.

Miners are leveraged to global growth and copper prices continue to extend the breakout from their seven-month range. Perceptions the trade war will result in some form of agreement that will allow trade tensions to de-escalate are improving.

BHP Billiton has been leading on the upside but some consolidation of the short-term overbought condition is now also underway. 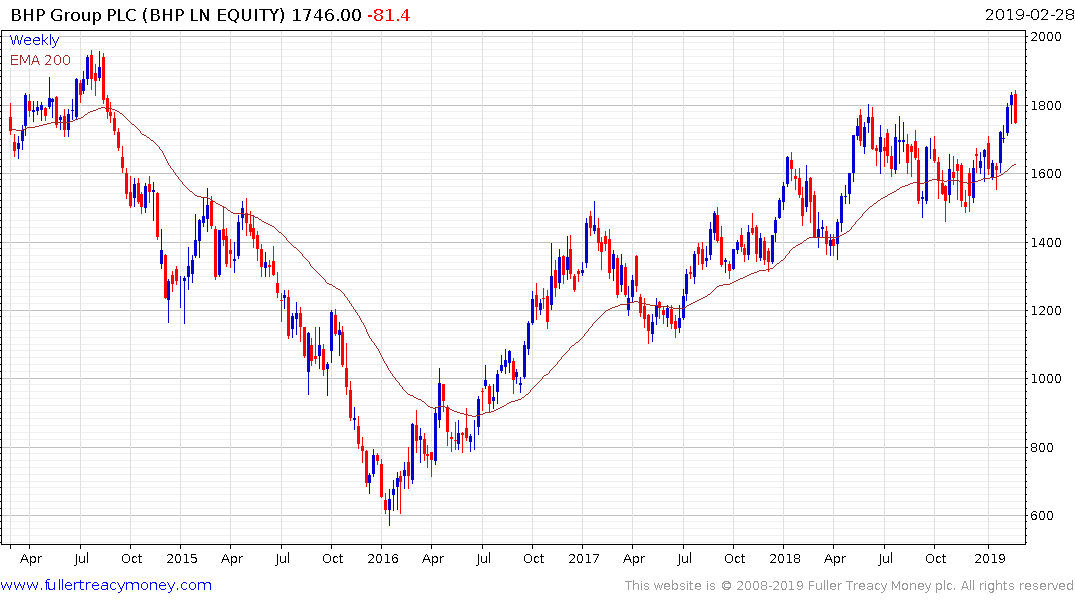