Revealed: how Monsanto's 'intelligence center' targeted journalists and activists
Comment of the Day

The documents, mostly from 2015 to 2017, were disclosed as part of an ongoing court battle on the health hazards of the company’s Roundup weedkiller. They show:

Monsanto planned a series of “actions” to attack a book authored byGillam prior to its release, including writing “talking points” for “third parties” to criticize the book and directing “industry and farmer customers” on how to post negative reviews.

Monsanto paid Google to promote search results for “Monsanto Glyphosate Carey Gillam” that criticized her work. Monsanto PR staff also internally discussed placing sustained pressure on Reuters, saying they “continue to push back on [Gillam’s] editors very strongly every chance we get”, and that they were hoping “she gets reassigned”.

​Monsanto officials were repeatedly worried about the release of documents on their financial relationships with scientists that could support the allegations they were “covering up unflattering research”.

It’s hard to imagine how much more toxic Monsanto’s reputation can get but as the record of the company’s nefarious actions come to light it is understandable why they were so willing to be taken over by Bayer. They are now attempting to settle the Roundup weedkiller class action lawsuits for $6-$8 billion while lawyers are looking for more upwards of $10 billion. 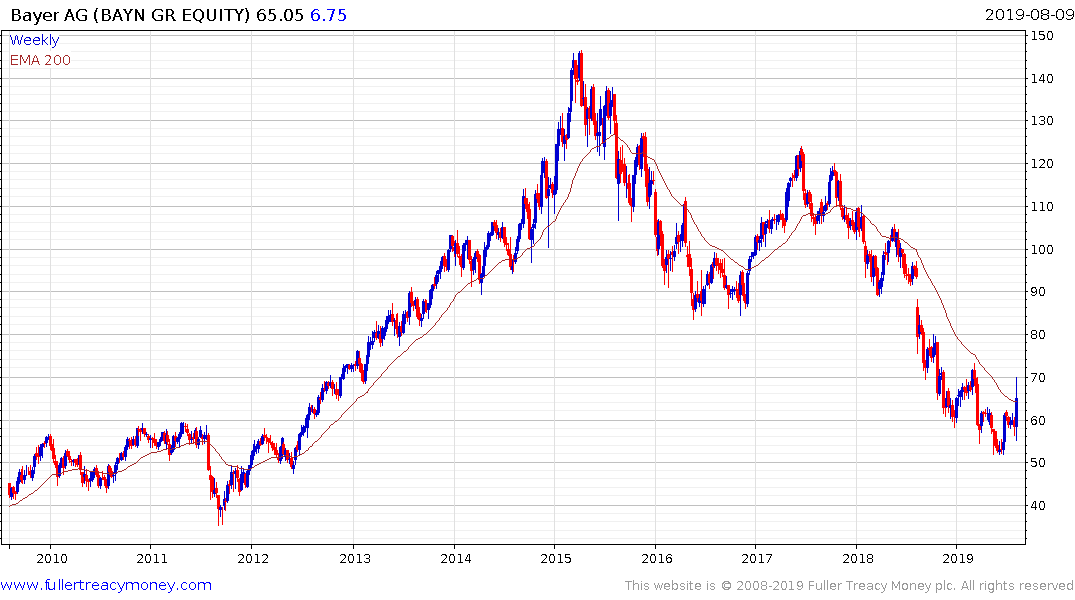 The share popped on the news the company might be able to pay less than $10 billion. It will need to at least hold this week’s low to confirm a return to demand dominance.

The question that is perhaps more relevant in the near-term is how much damage these kinds of stories are going to do to Google’s reputation. Afterall this is the company which has quietly dropped the “don’t be evil” motto over the last few months. It has been linked with censorship of organisations that it does not agree with, providing censored search engines to the Chinese government, aiding in the influencing of elections and providing services to the US military.

Any company should have the right to refuse custom to whomever it wants. However, when that company is Google and refusing service or supressing results can mean life or death for a business, we should be having a conversation about bias. That is where the threat of antitrust is likely to become most pressing. Literally, Google can’t be trusted to police the internet. 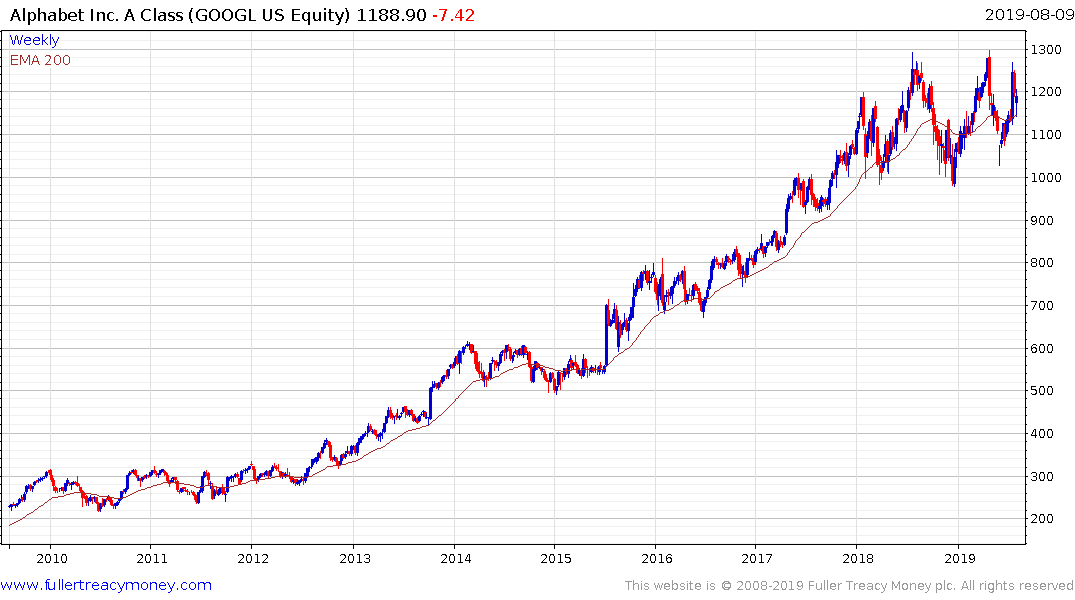 The share has been ranging for the last 18 months but bounced impressively from the region of the trend mean today and a sustained move below the psychological $1000 level would be required to question medium-term scope for a successful upward break.