With votes still being counted in key battleground states, it’s unclear if the the U.S. will more aggressively shift toward green energy, as Democratic candidate Joe Biden has pledged -- or if President Donald Trump will get four more years to promote fossil fuels.

While investors may be spooked by the uncertainty, its unlikely a second Trump term will significantly thwart the growth of wind and solar power. Demand for clean power has increased throughout the Republican’s presidency, thanks to state-level policies, corporations pushing to go green and a growing appetite for environmental, social and governance, or ESG, investments.

With a Republican controlled Senate a green new deal is unlikely to be approved. However, that has not stopped the sector from prospering for more than a year. The determination of both Europe and China to pursue anything that can enhance potential for energy independence and fewer emissions will be unaffected by the US Presidential election. 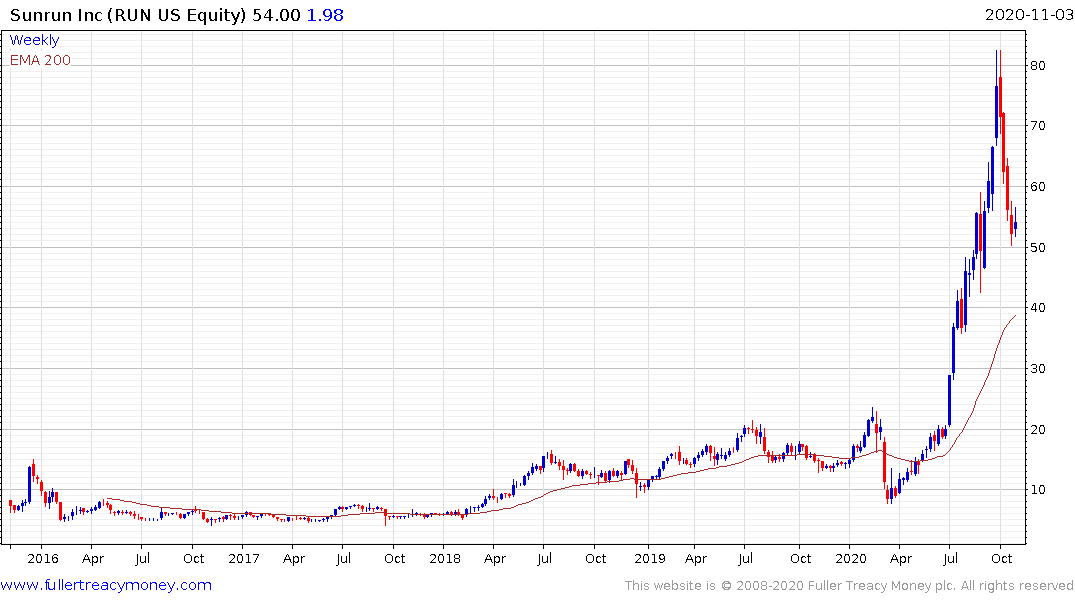 Sunrun has been unwinding a short-term overbought condition over the last six weeks. That weakness has coincided with rising 10-year bond yields. 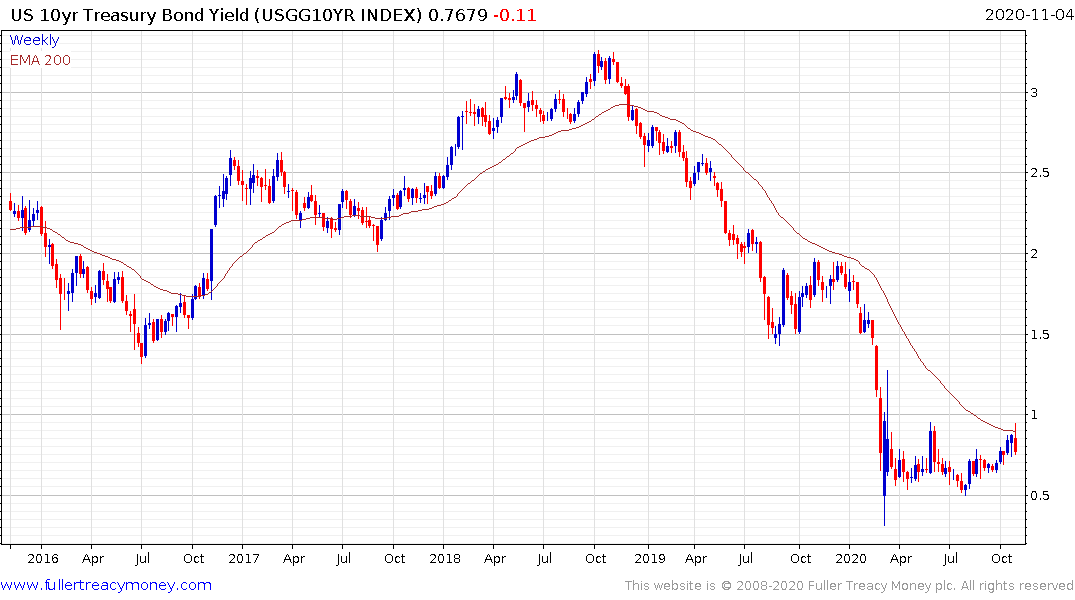 Today’s downward dynamic on the yield suggests the period of weakness for renewables may be ending. 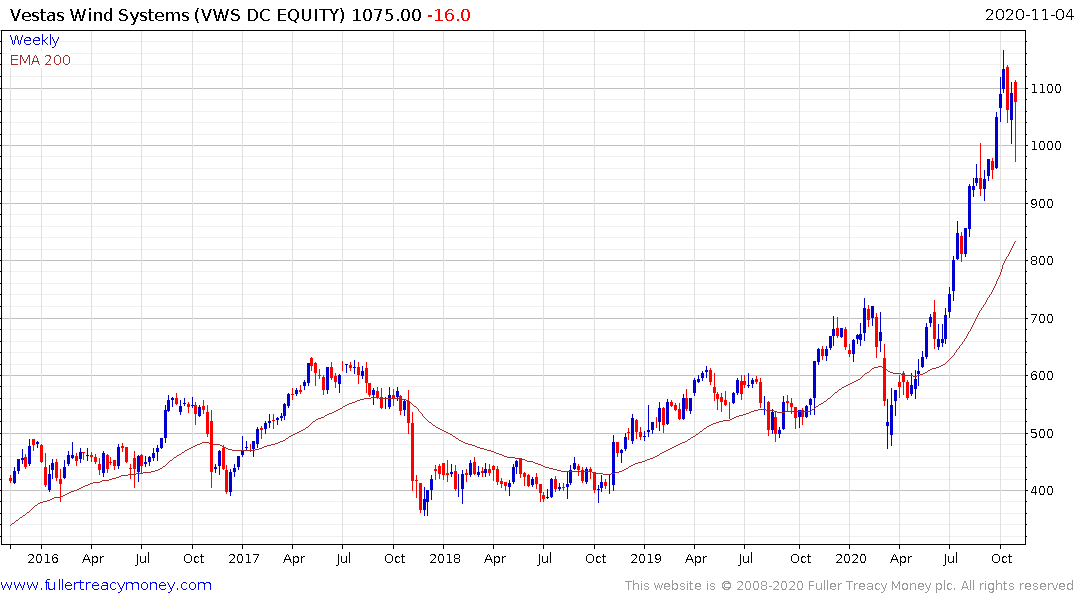