The trade gap plunged 17.6% to a six-month low of $67.1 billion. That was the biggest percentage drop since April 2015, reflecting an increase in the flow of goods and services following disruptions caused by the COVID-19 pandemic.

Petroleum exports were the highest on record.

Energy independence is an oft underestimated factor in any country’s economic health. That’s particularly true of the USA which is still unaccustomed to the benefits of being a major exporter of a commodity much of the rest of the world is in dire need of.

The USA is now in the privileged position of no longer being the biggest consumer of oil and gas but being among their biggest exporters. That’s a significant factor in insulating the broad economy from energy pressures. It also has the potential to turn the Dollar into a proxy for commodity currencies.

These factors are particularly relevant for the natural gas market which a wide arbitrage exists with European prices. Demand for LNG tankers and port facilities is likely to continue to ramp higher and not least because of uncertainty about Russia’s ambitions in Ukraine. 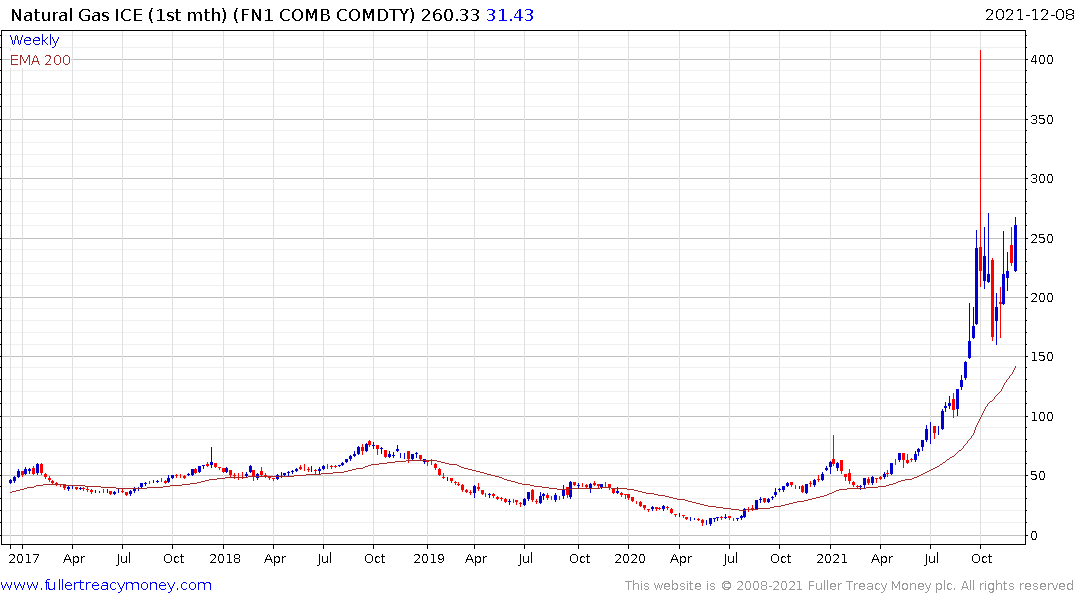 European natural gas continues to build support at significantly higher levels than anyone would have thought possible in years past. 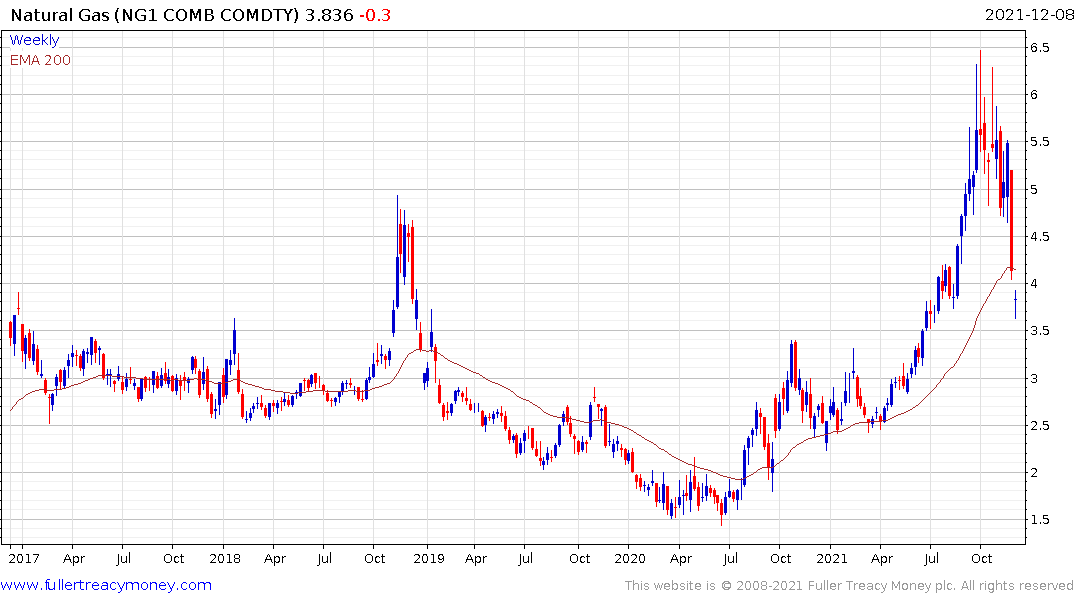 US natural gas is currently steadying in the region of the 200-day MA. 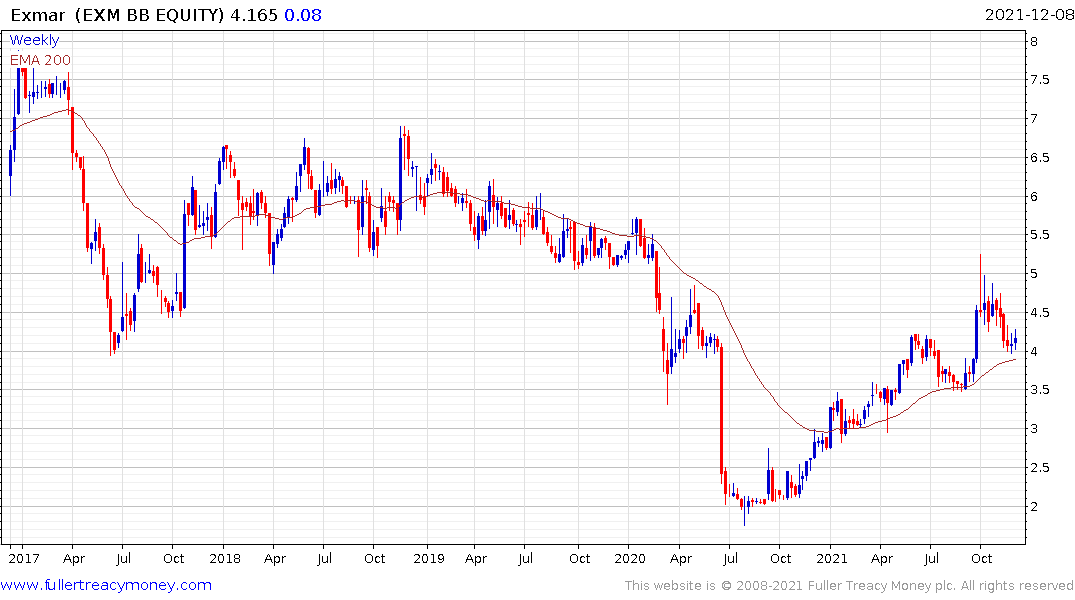 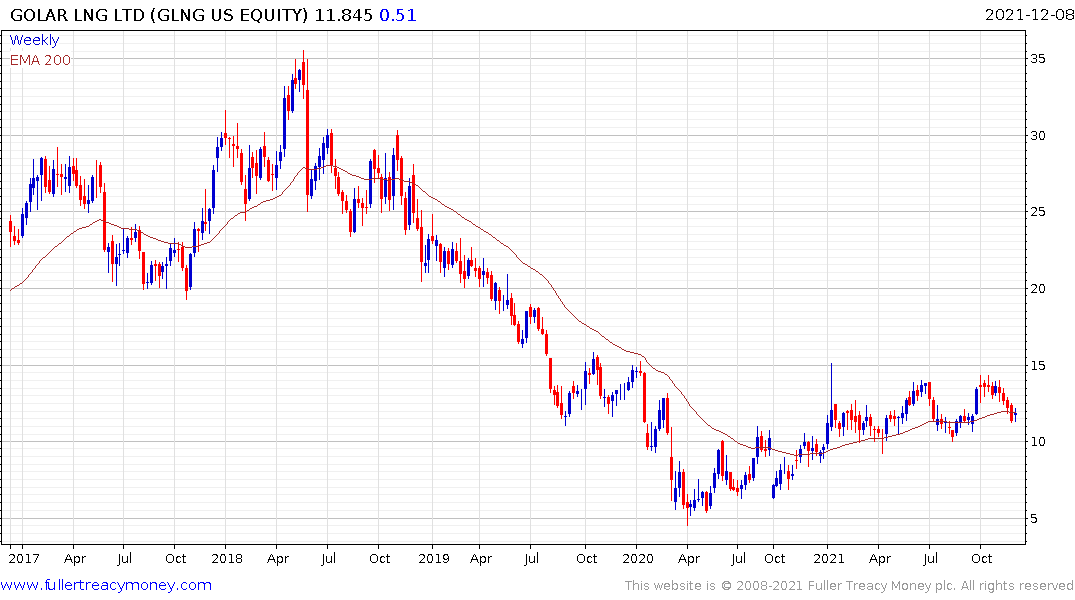 Exmar remains in a relatively consistent uptrend as it firms from the region of the trend mean. Golar LNG has a similar pattern. Teekay LNG Partners is on the cusp of being taken private.