European companies’ equity buybacks have surged to a record $100 billion over the past 12 months, with the strategy of betting on those firms beating returns from U.S. counterparts over the past five years, according to Morgan Stanley. The strategy is also rewarding company stocks more than the payment of high dividends, according to the bank.

“This is the first time we have seen strong buyback performance outside of bear markets or recessions,” strategists led by Graham Secker wrote in a note Tuesday. “More striking, our net buyback factor has shown much greater efficacy in Europe than the U.S. over all time frames.”

One of the reasons European stock repurchasers are faring better is that the practice is less common in the region than among American firms, said the strategists. Buying back equity can provide a much-needed boost to the world’s most-shorted equities, which have been seeing almost non-stop outflows for more than a year amid sluggish economic growth and political uncertainty. Doing so should boost earnings growth, trading liquidity and demand for shares, Morgan Stanley wrote.

European shares are trading at lower valuations than US shares so stock buybacks should have a positive impact simply because of the base effect. However, $100 billion is not all that much in comparison to what US companies are spending. Clear signaling from European corporations that they are willing to step in to  support the value of their shares is probably going to be required to change perceptions. 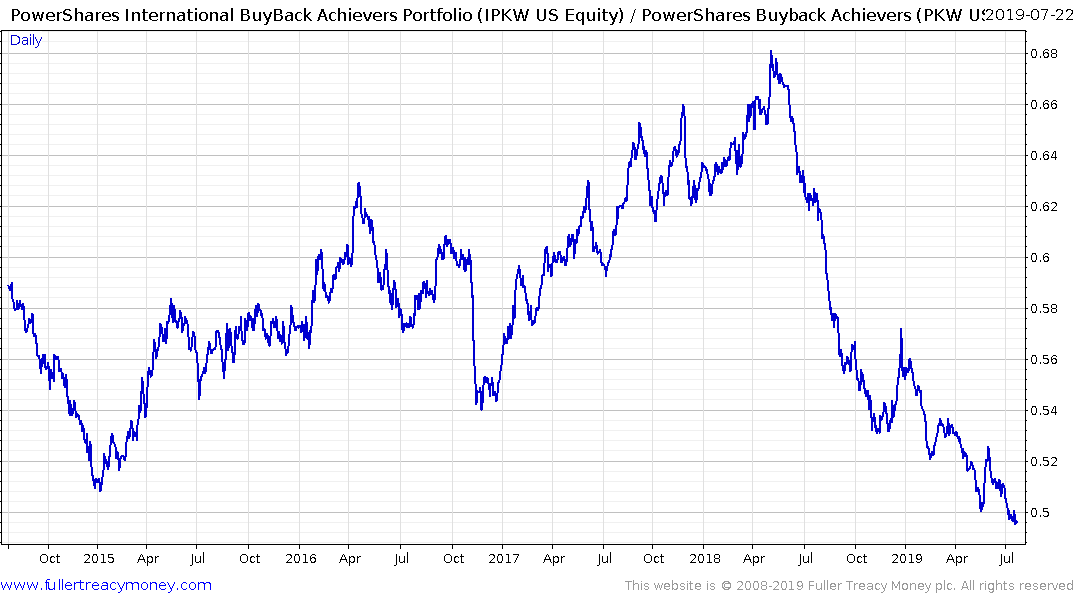 This ratio of the JPMorgan European Buyback Index/S&P500 Buybacks Index highlights how European buyback companies have been trading in line with their EU counterparts over the last year. I don’t have constituent data for the JPMorgan Index but its absolute value chart suggest it is primed for a breakout.

I performed a search on Bloomberg for companies with a market cap of more than €1 billion and a buyback announcement of more than €1 billion this year. Only 9 companies meet those criteria. Of these AXA SA pops out at the company buying back the most relative to its market cap but the share has been ranging rather than trending over the last five years so I am not all sure how trustworthy the data is. 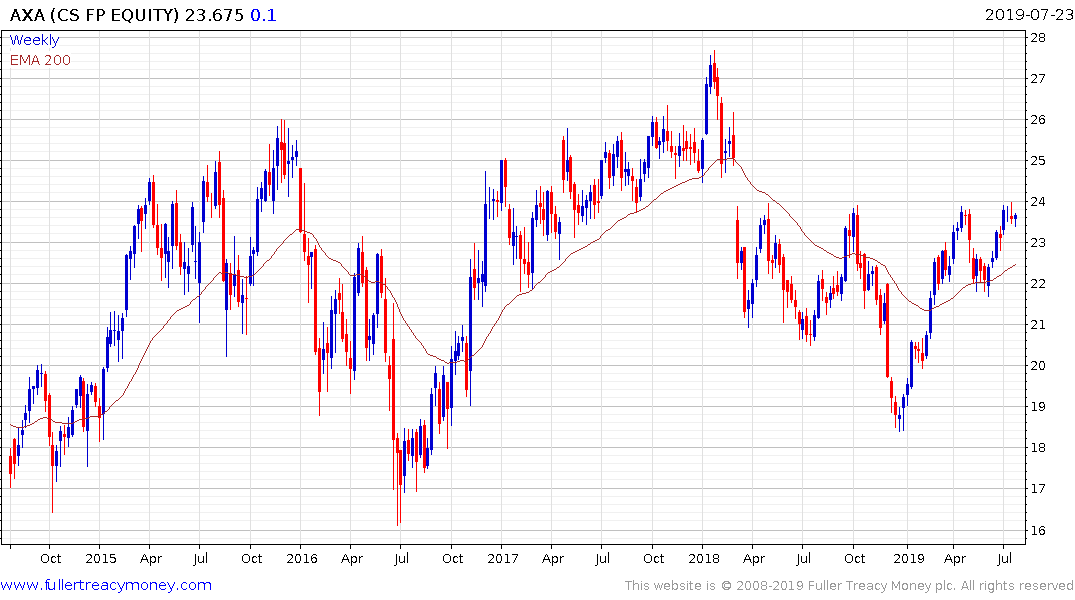 If subscribers have access to any additional data I’m sure the Collective would be glad to see it.