RBNZ Remains On Hold And The Kiwi Strengthen by Eoin Treacy

As was widely expected, RBNZ remained on hold at +1.75%, yet may have sounded less dovish than expected. Despite the bank being cautious, its forecasts include the official cash rate remaining at +1.75% for 2019 and implied a rate hike in 2020. The bank also expects the core inflation rate to gradually rise to 2% yoy mid-point which necessitates a continued supportive monetary policy. Analysts pointed out that the bank seems to have time at its side, albeit they expect that as the year progresses growth could undershoot the bank’s projections causing for a more dovish stance. Governor Orr in his press conference stated that the chances of a future rate cut have not increased.

Island nations generally tend to have higher interest rates because of the cost of imports, exports and isolation push up inflation. At 1.75% New Zealand’s rates are unusually low from a long-term perspective reflecting the need for a stimulus following the Christchurch earthquakes and the competitive forces of devaluation where just about every other developed economy in the world is running low interest rates. 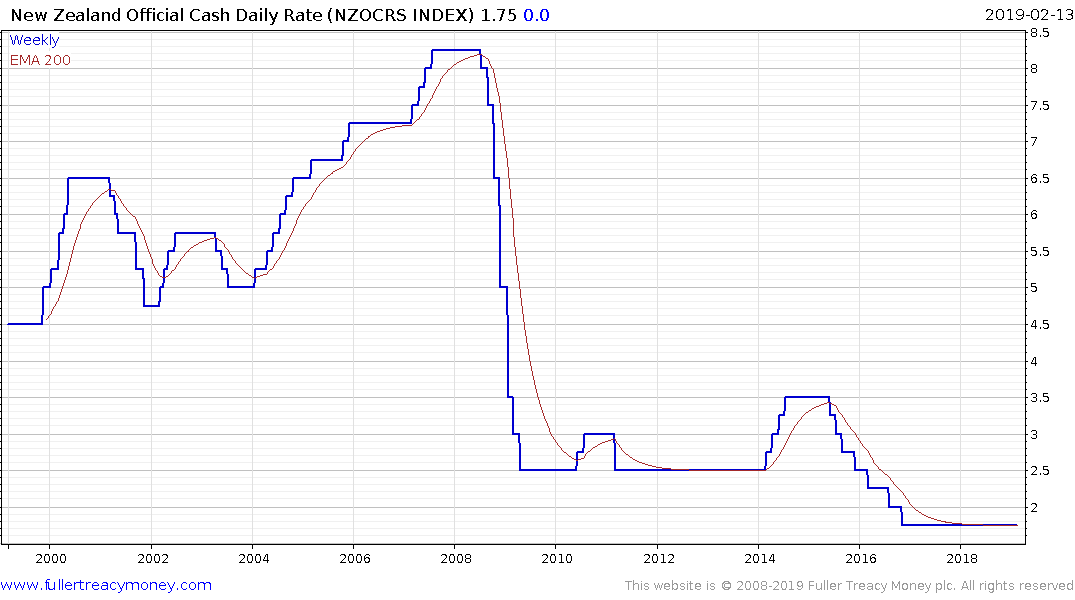 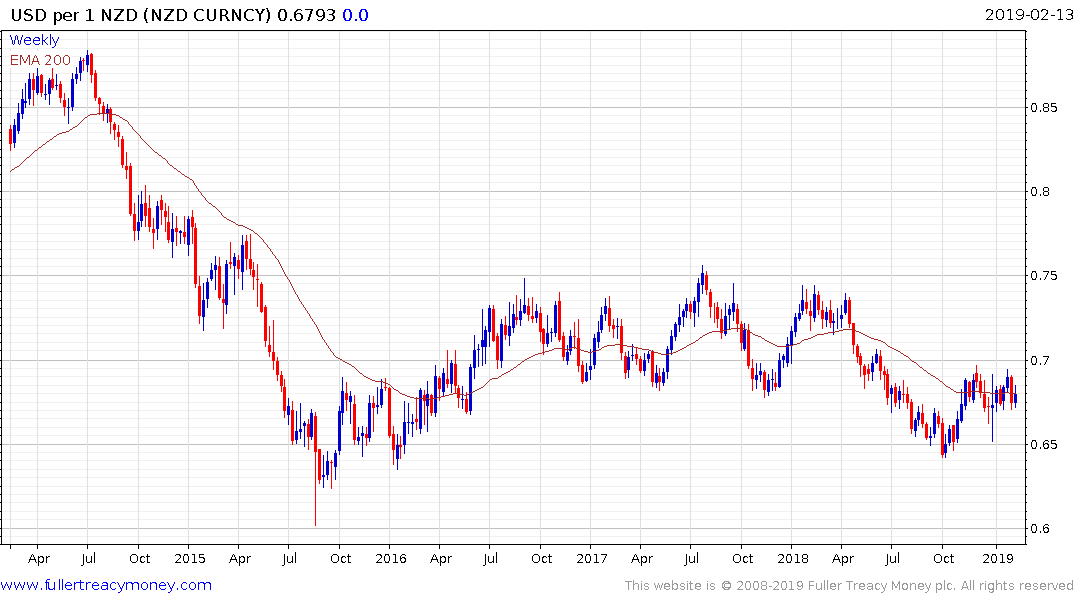 The New Zealand Dollar bounced above the 65¢ in October and spent the last three months consolidating above 67. Today’s bounce confirms near-term support in that area and a sustained move below it would be required to question medium-term scope for additional upside. 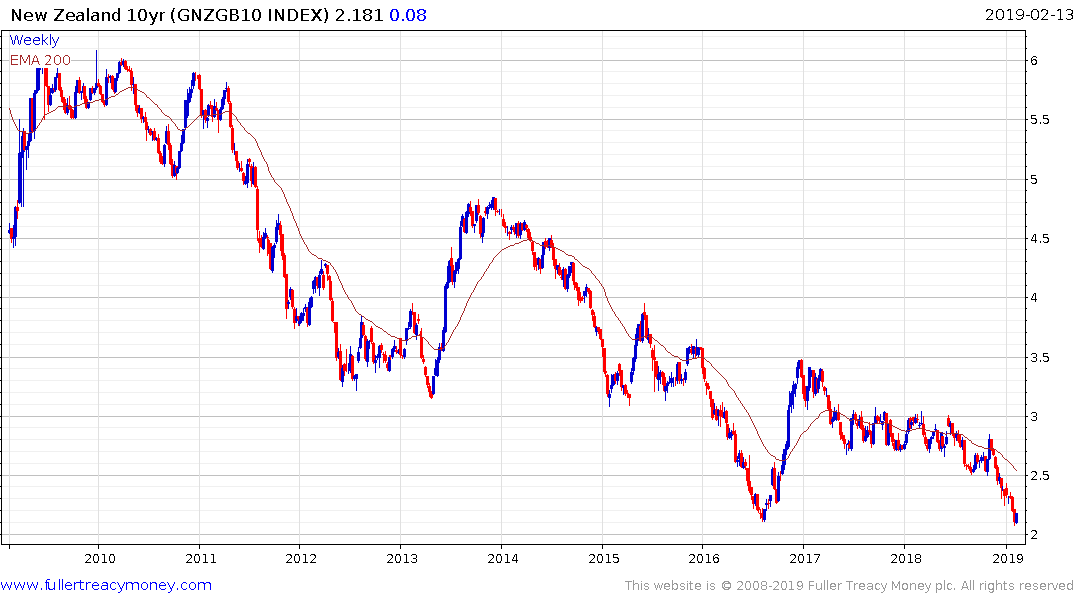 New Zealand 10-year yields has returned to test the 2016 lows near 2% as demand for a safe haven pushed investors into fixed income during the October-December sell-off. A unwinding of that overextension relative to the trend mean now appears likely. 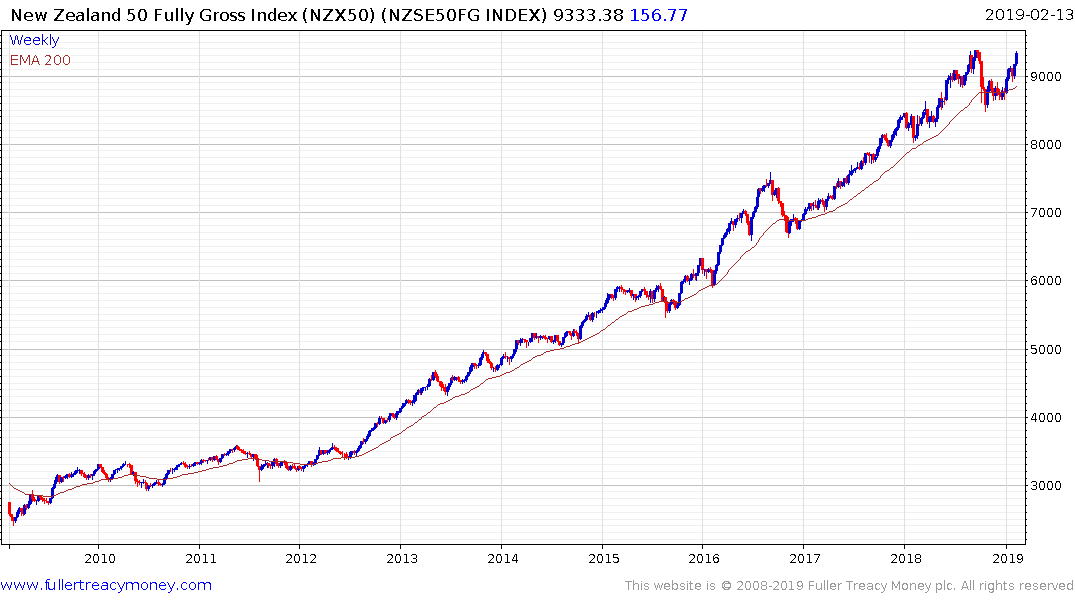 The New Zealand 50 Fully Gross Index has just about the most consistent trend of any stock market in the world today as it tests its all-time peak.