“Over 2019/20 to 2022/23, the structure of the Australian economy will continue to evolve and economic shocks -- which, by definition, are not forecastable -- will occur. Movements in asset values and leverage may be more important for economic developments than in the past given the already high levels of debt on household balance sheets”

“The flexible medium-term inflation target is the centerpiece of the monetary policy framework in Australia and has been well established for more than two decades. Since the early 1990s, it has provided the foundation for the bank to achieve its monetary policy objectives by providing an anchor for inflation expectations. The bank will remain alert to new developments that may have a bearing on the framework for monetary policy”

The Australian Dollar remains in a medium-term downtrend, moving to a new closing low today. With energy and iron-ore prices declining and the domestic housing market in a parlous condition the RBA may be required to embark on the same counter deflationary measures other developed markets have endured over the last decade. 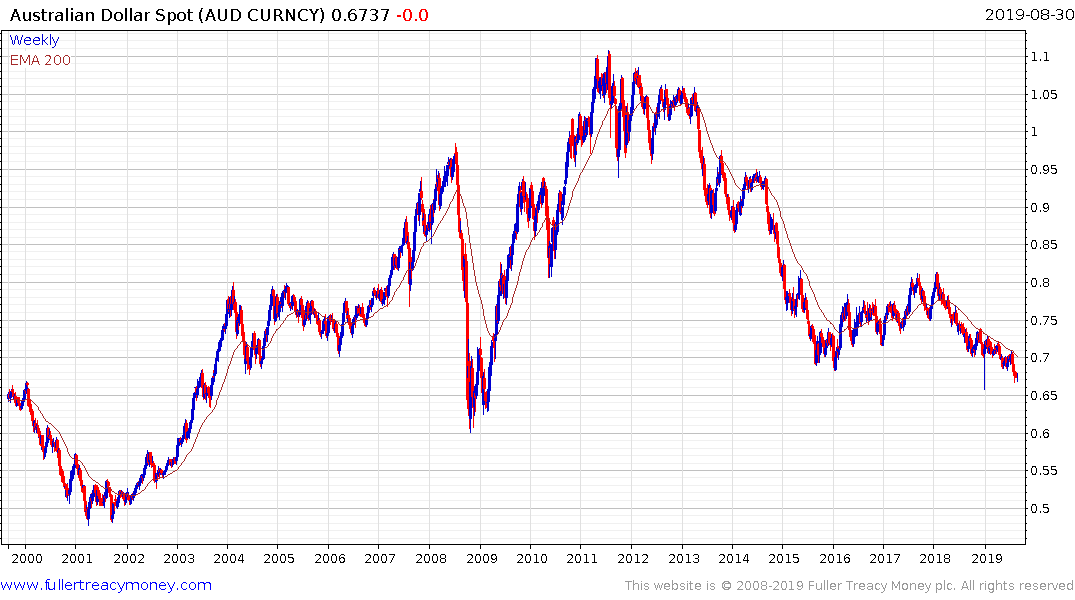 The Australian government has a debt/GDP ration of 41.6% but the consumer has a debt/GDP ratio of 103.76%.  That’s quite similar to the ratios that prevailed in countries like Ireland ahead of the financial crisis and highlights some of the risks Australia faces with a slowing housing market. The freedom to devalue the currency is an important part of the government’s tool kit and Australia has substantial room for fiscal stimulus. 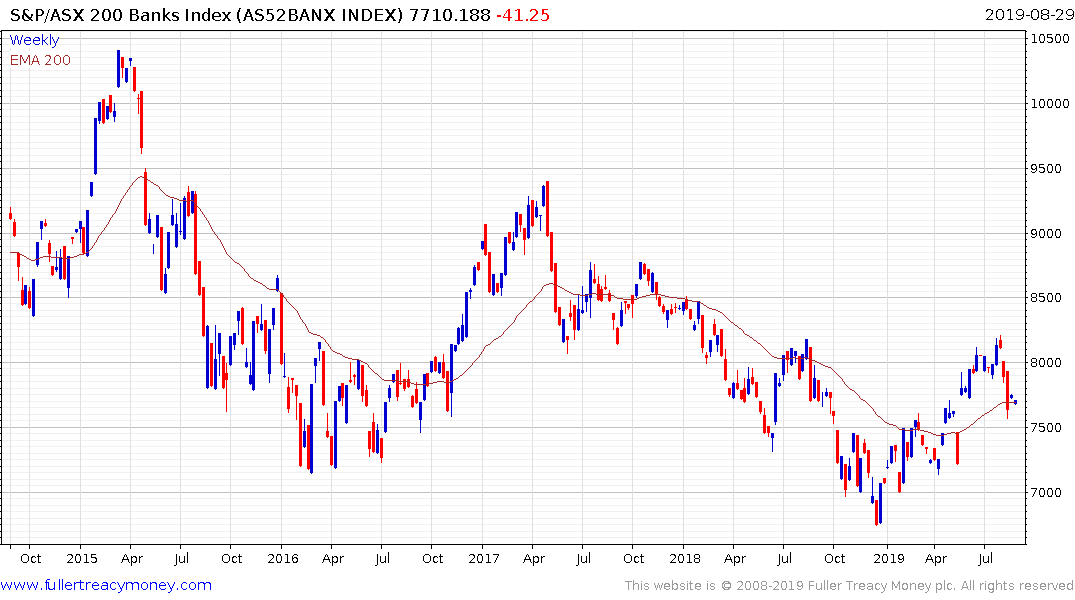 The ASX300 Banks Index spent much of 2017 and 2018 trending downwards but it has held a sequence of higher reaction lows over the last eight months and bounced this week from the region of the trend mean. That suggests investors are willing to give the market the benefit of the doubt. 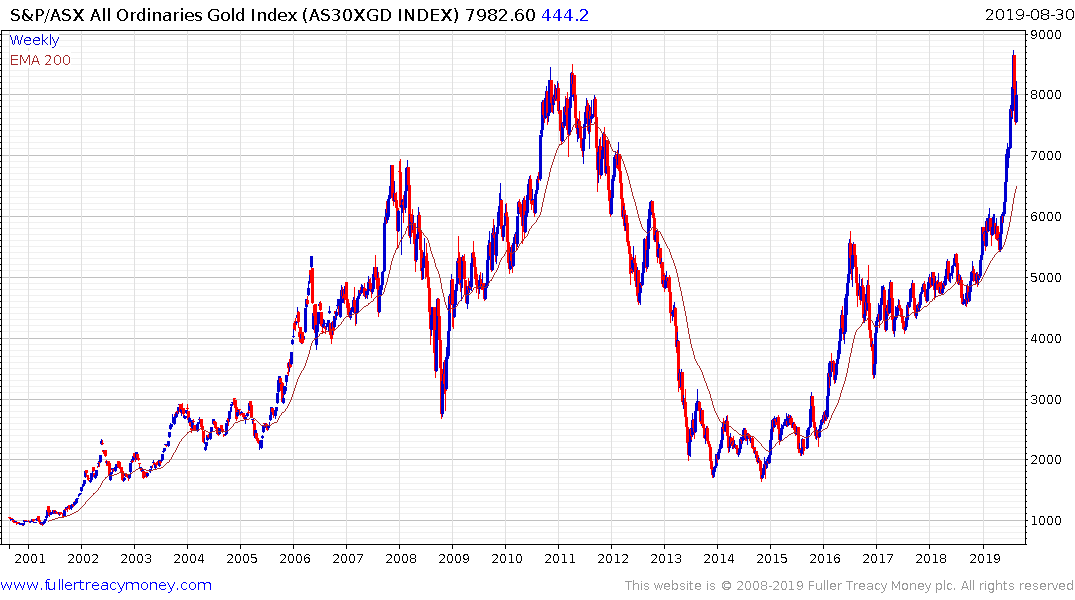 The fact the ASX300 All Ordinaries Gold Index is back testing its 2011 highs is potentially a foreshadow of what we can expect from other gold mining sectors around the world when their respective currencies trend lower.