“The RBA is clearly more dovish than the market anticipated,” said Jeffrey Halley, a senior market analyst at Oanda Asia Pacific in Singapore. “The market was clearly short and now they are taking some of it back after bit of a disappointing decision by the RBA.”

Australia’s underlying inflation is forecast to be no higher than 2.5% at the end of 2023, with only a gradual increase in wages growth, the RBA said in its policy statement. The central bank said last month its central scenario was that conditions for a rate hike wouldn’t be met before 2024.

The RBA’s policy statement means traders are likely to dial back some of their expectations for higher rates and that should pave the way for a steeper yield curve, according to Westpac Banking Corp.

“We expect that the market will be satisfied with the shift in the RBA’s approach, and will continue to pare back some of the aggressive front-end pricing,” Damien McColough, head of fixed-income research at Westpac in Sydney, wrote in a research note.

The RBA ended its yield curve control policy today so that implies they will not get in the way of short-term yields rising. The other side of that argument is they are not going to be in a hurry to raise rates. There are still too many uncertainties in too many portions of the economy to commit to a pattern of raising rates. 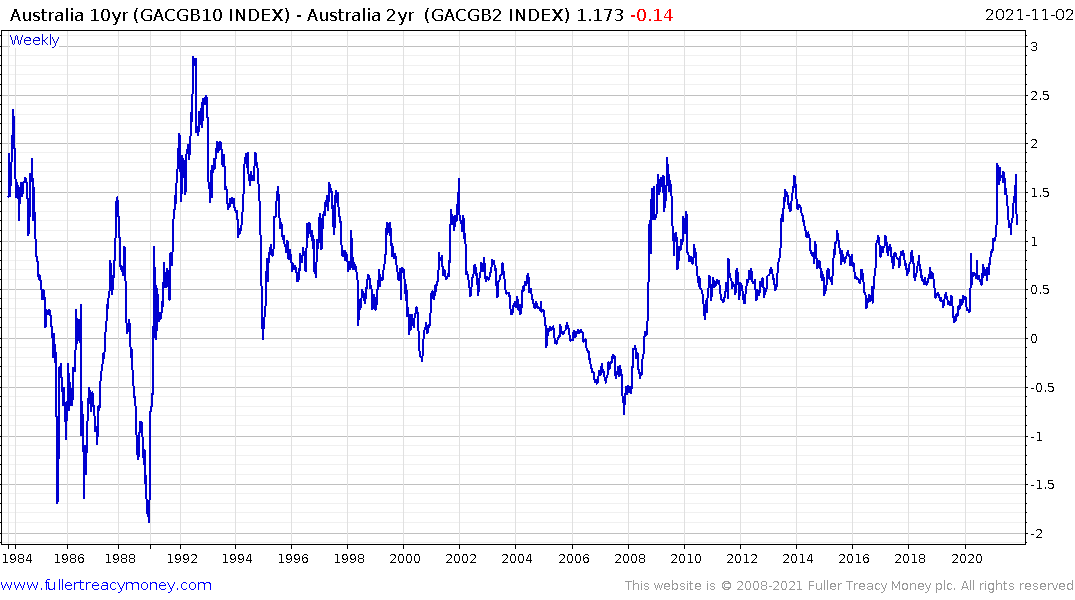 The Australian 10-year - 2-year spread has not traded above 200 basis points since 1992 and appears to have peaked at the same level as every other cycle since then. That implies a gradual pattern of removing accommodation subject to the economy continuing to expand. 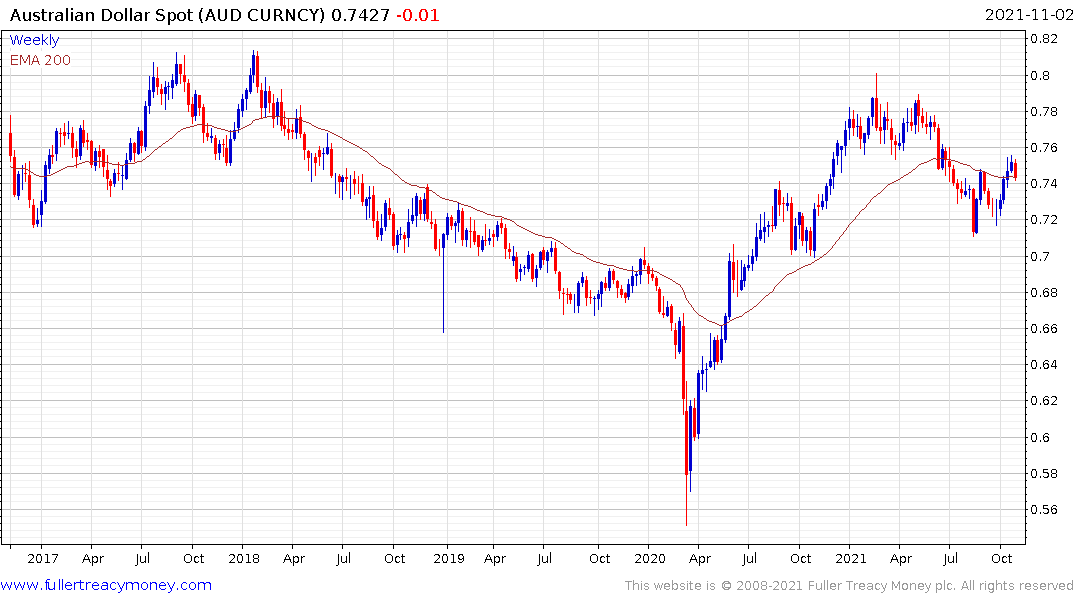 The dovish tone taken by the RBA today weighed on the Australian Dollar as it continues to pause in the region of the trend mean. This action helps to further highlight the fact no country wishes to see its currency appreciate meaningfully as they edge towards policy normalization.