Thailand continues to face political divisions that in the past led to sometimes bloody demonstrations followed by military coups. Future Forward, the most high-profile opposition party, last week warned protests could erupt again if a slew of legal cases lead to its dissolution by judges.

The reform-minded party is part of an opposition bloc that controls almost half the lower house of parliament, and which has questioned the fairness of the March election and its outcome following five years under a junta.

A pro-military coalition led by former junta chief Prayuth Chan-Ocha took office after the poll with a slim majority. It subsequently faced a complaint of illegitimacy for failing to utter the whole oath of office in a swearing in ceremony in front of Vajiralongkorn.

The more strident participation of the monarchy in Thai political life is certainly a change and suggests potential for a tripartite struggle for power between the military, opposition and king. 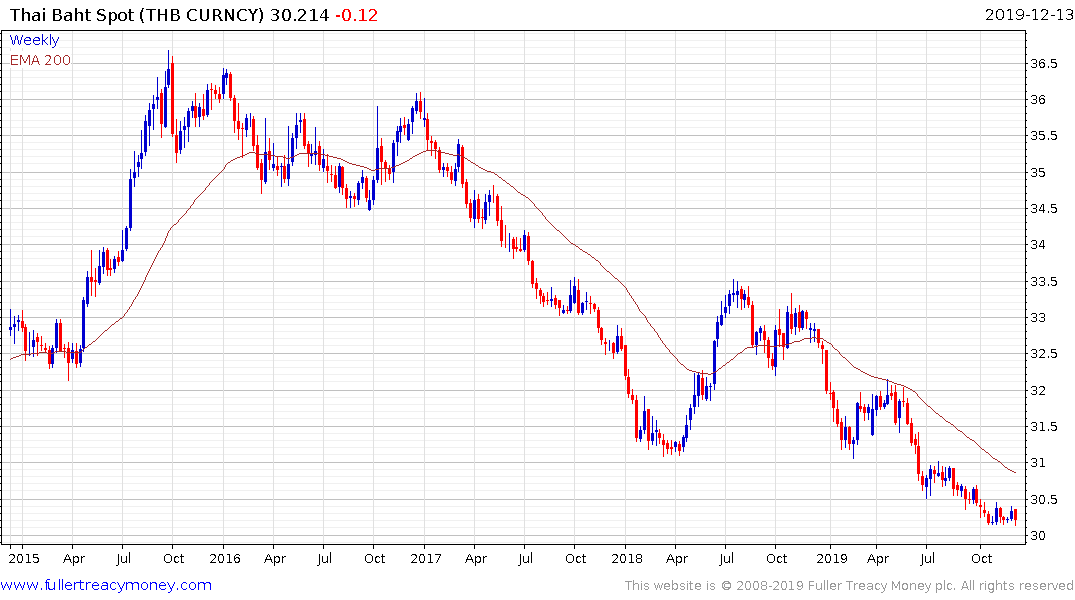 The country has been ruled by the military for the last few years and in that time the Baht has been among the strongest currencies in the world.  The big question for investors is in how well the status quo holds against a progressively more confident protest movement. 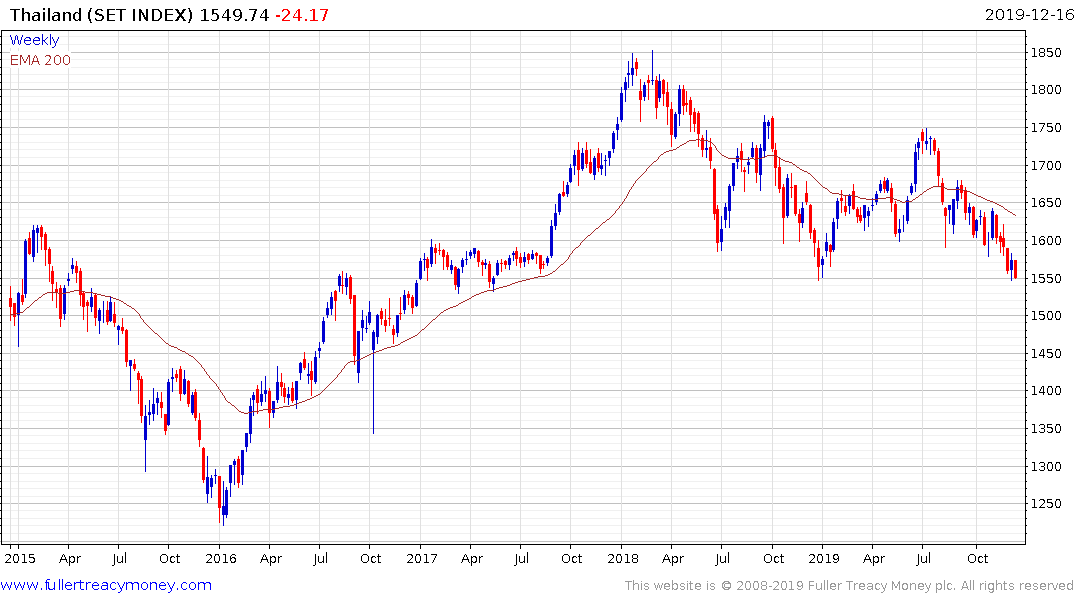 The SET Index continues to exhibit clear relative weakness and is one of the few international markets still trending downwards. A sustained move back above 1600 will be required to check the slide.