The People’s Daily, a flagship newspaper of the ruling Communist Party, said in a commentary that the U.S. shouldn’t underestimate China’s ability to fight the trade war. The country is “seriously” considering restricting rare earth exports to the U.S., the editor-in-chief of the Global Times, a newspaper affiliated with the Communist Party, said in a tweet. An official at the National Development & Reform Commission told CCTV that people in the country won’t be happy to see products made with exported rare earths being used to suppress China’s development.

The U.S. relies on China for about 80% of its imports of rare earths, the group of materials that are used in everything from electric cars to high-tech military equipment. Rare earths, which include elements such as cerium and dysprosium, are relatively abundant in the Earth’s crust but mine-able concentrations are less common than other ores.

China produces about 70% of the world’s mined rare earths and its industry is dominated by a handful of producers including China Northern Rare Earth, China Minmetals Rare Earth Co., Xiamen Tungsten and Chinalco Rare Earth & Metals Co. Some of the country’s listed rare earths stocks are small caps, making them easy targets of speculation.

The country has taken a proactive approach to managing the global market, Bank of America Merrill Lynch said in a report, citing steady exports in the 1990s that depressed prices and a 40% reduction in its export quota in 2010 that led to a spike.

The last time rare earths were a political football in 2010, it was because China cut off exports to Japan in an effort to force high-end manufacturing to migrate. That set off a massive run-up in rare earth metal prices, investment in new mining facilities and a drive towards substitution. Faced with the threat of losing it dominant position China relented and began exporting again. Prices collapsed, most of the new miners went bust and some semblance of normality returned. How is this occasion different?

What is most important to understand about rare earth metals is they are not all that rare. What is rare is a willingness to bear the regulatory burden of refining the metals and dealing effectively with the radioactive isotopes that the refining process produces. China pays scant regard to the need for environmental regulation so it hosts most of the world’s refining capacity.

If China is serious about cutting off supply to the USA that is a serious deterioration in the relationship between the two countries and rams home the national security requirement to develop these resources domestically. That is true regardless of whether exports are banned or not. Last week Lynas Corp signed a deal to build a refining plant in Texas which, when ready, would close the loop in terms of domestic US supply. 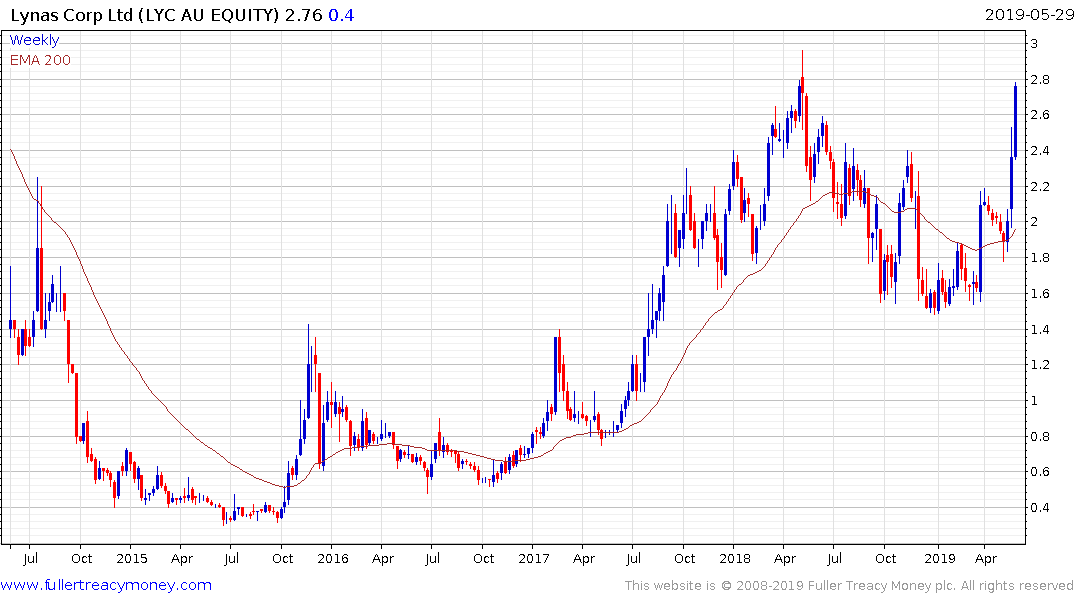 The share has been rallying since bottoming in 2015 and rallied over the last couple of months to retest last year’s high. A clear downward dynamic will be required to check potential for additional upside. 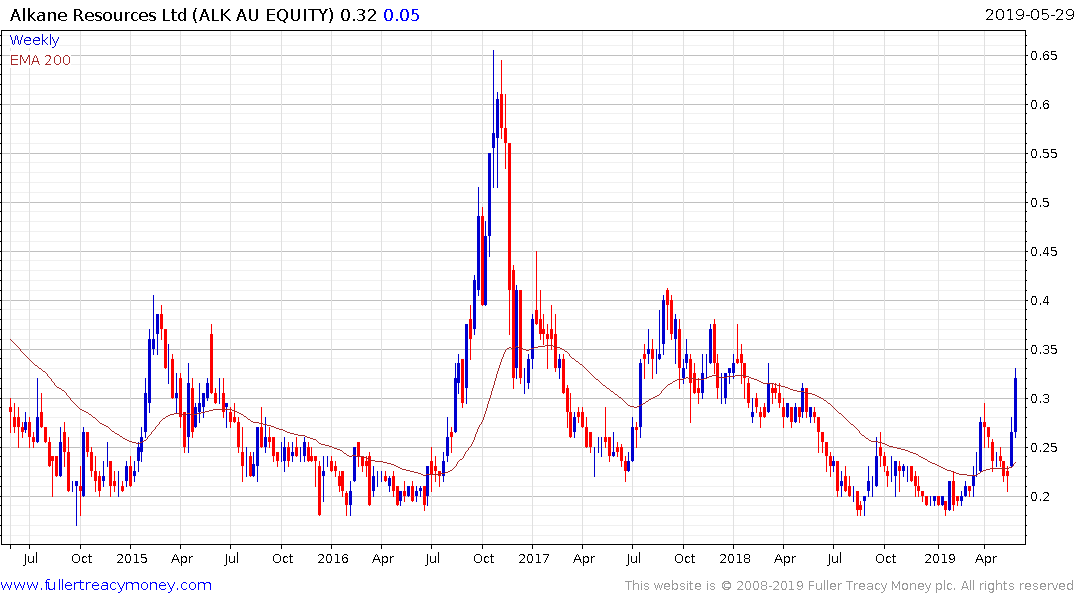 Developer, Alkane Resources is currently rallying from the lower side of its evolving base formation. 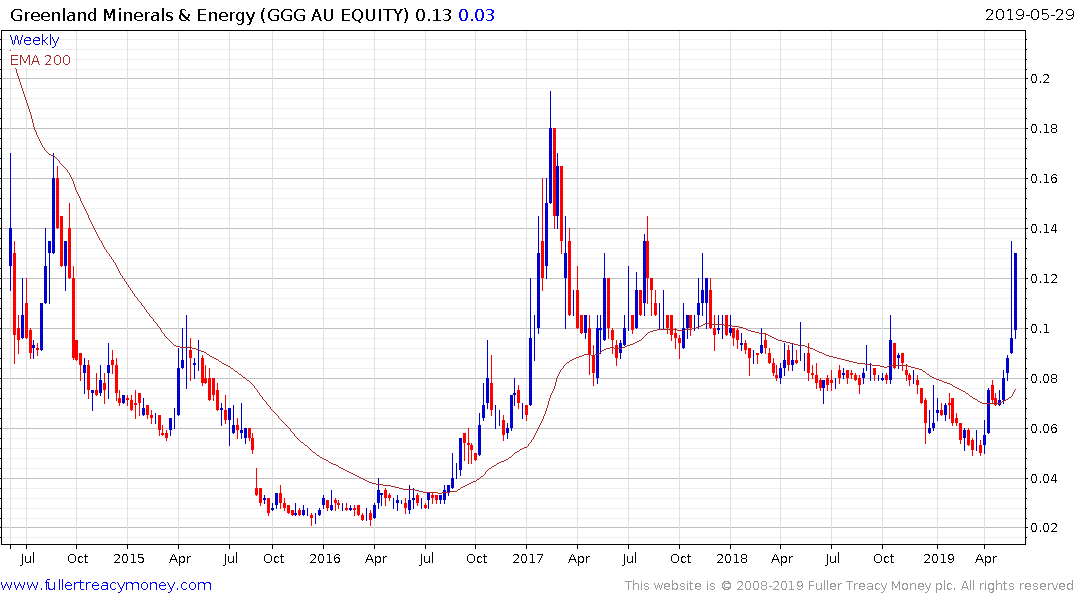