"While the stronger-than-expected growth in real retail trade sales in November is encouraging, we warn that this is unlikely to have sustained into year end," Schultz said in an e-mail. "Slowing household credit extension, depressed consumer confidence, high consumer debt levels and a still elevated domestic inflation environment continue to weigh on consumers' ability and willingness to spend aggressively."

Mining output slipped to 5.1 percent in the same month from growth of 23 percent in October, data showed yesterday.

South Africa has a number of attractive characteristics from the perspective of an investor but suffers from a governance deficit which will need to improve if the currency¡¯s slide is to be reversed. 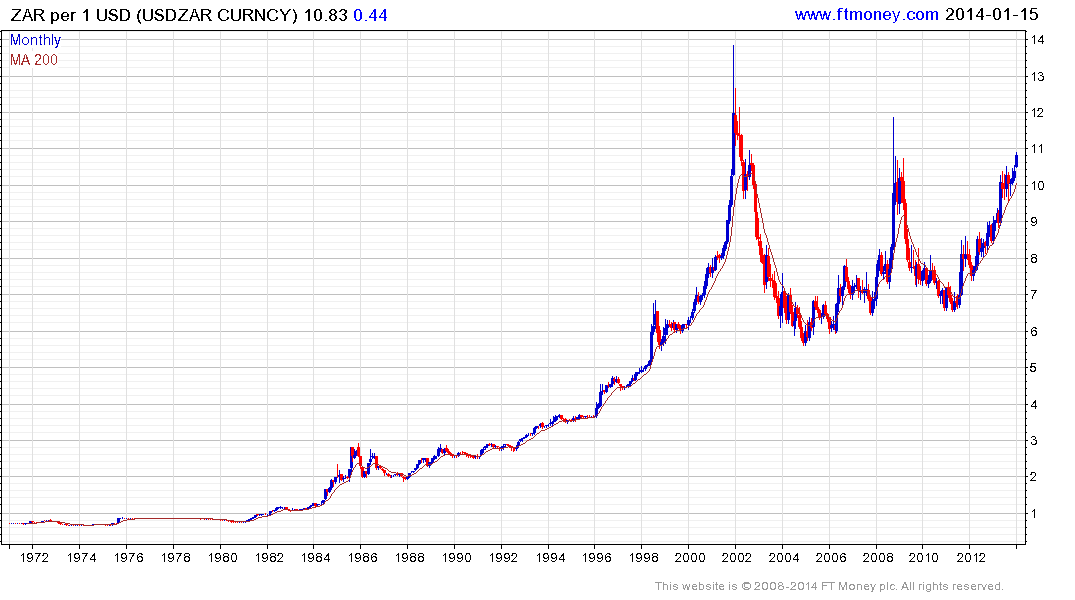 The US Dollar has been trending consistently higher against the South African Rand since 2011 and has returned to retest spike peaks above ZAR10 posted in 2008 and 2001. The Dollar¡¯s steady appreciation compared to what represented panicky advances previously suggests demand for the Greenback is better supported on this occasion. A break in the progression of higher reaction lows, currently ZAR10 would be required to question the Dollar¡¯s medium-term upside potential. 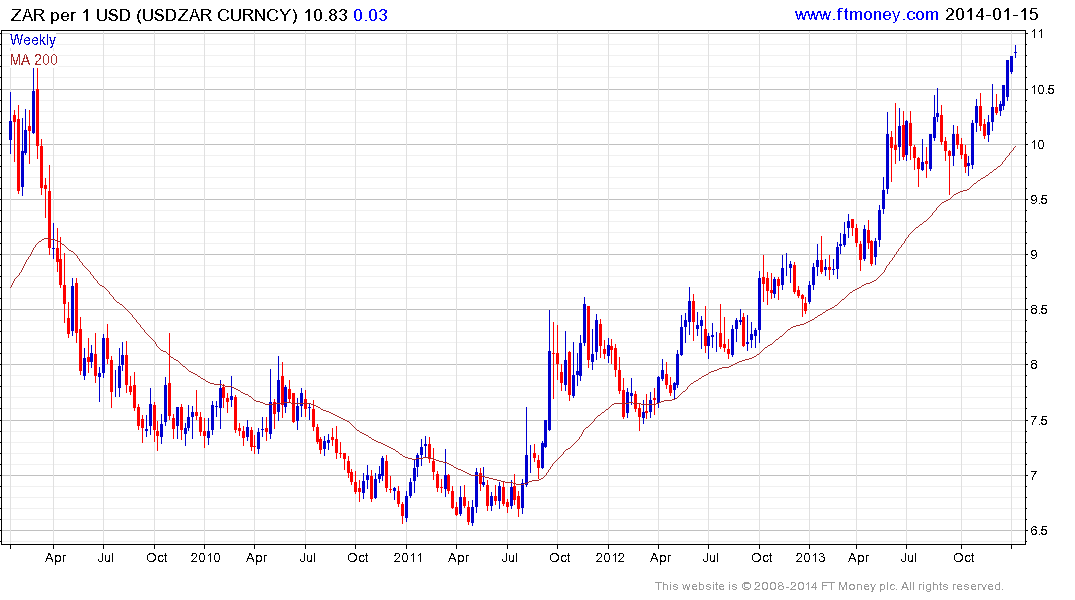