Selling Out
Foreign investors are getting out of South African bonds and stocks. Non-residents have been net sellers of government bonds at an average rate of 115 million rand ($8 million) a day over the past month -- not a huge number, but a turnaround from mid-February, when inflows averaged 434 million rand a day. And offshore investors have been net sellers of South African equities for the past 14 days, the longest streak since October 2017.

What I find particularly interesting about this article is it provides a very good example of a reporter providing details of what people have already done with their money. 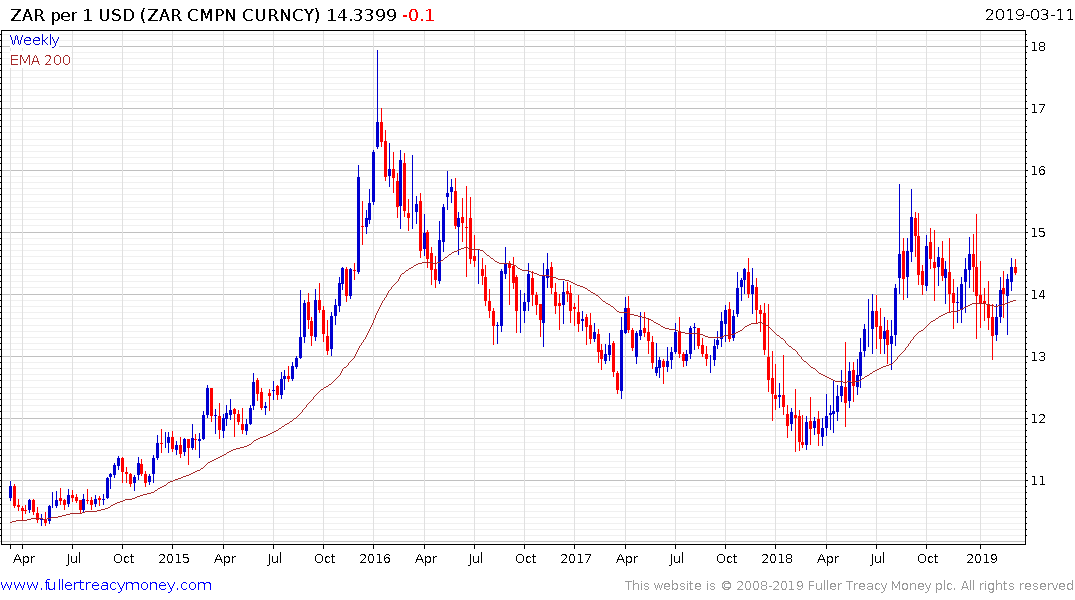 The Dollar has indeed rallied over the last six weeks, but it is now testing the sequence of lower rally high evident since September. If anything, this is the time when investors are probably starting to get interested in South Africa risk again. 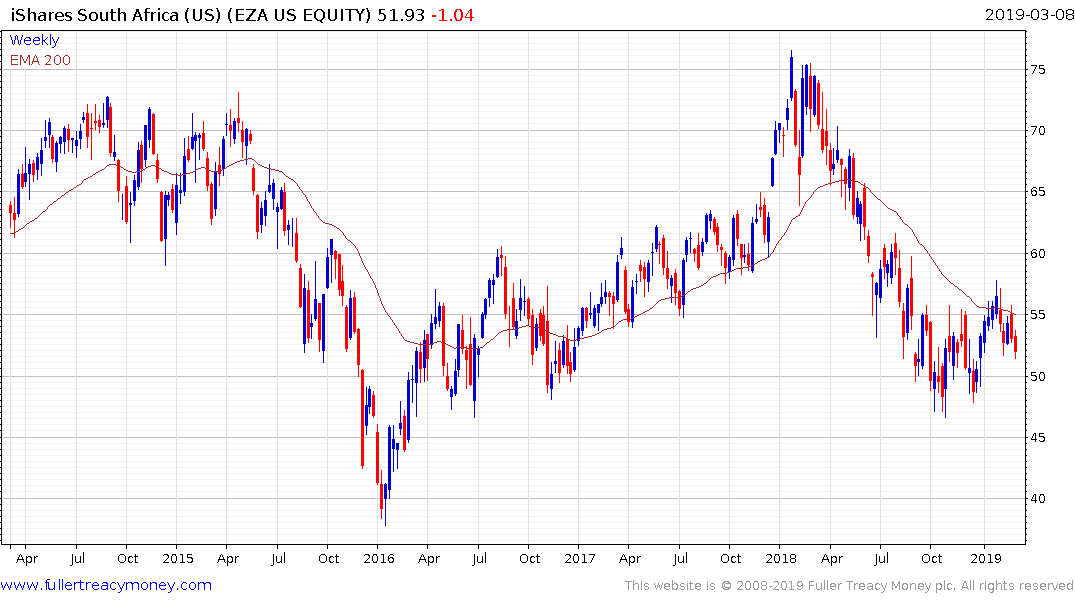 The iShares MSCI South Africa ETF trended lower until the end of 2018 when it posted its first higher reaction lows in a year. It rebounded by early February to break the sequence of lower rally highs and has since retraced somewhat more than half of the rally. Support building can probably be given the benefit of the doubt provided the December low near $47 holds.

These charts suggest this is an interesting time to monitor South African instruments as potential inflection points are approached.