South African President Cyril Ramaphosa cut short a trip abroad to deal with an escalating crisis at the state power company, which imposed a sixth day of blackouts that threaten to tip the economy into recession.

The Eskom debacle is the result of graft running rampant following the end of apartheid and this is not the first time powercuts have been an issue in South Africa. The massive run-up in the price of platinum in 2007/08 was in no small part as a result of power being cut off to mines. When power was reinstated the price came back down. 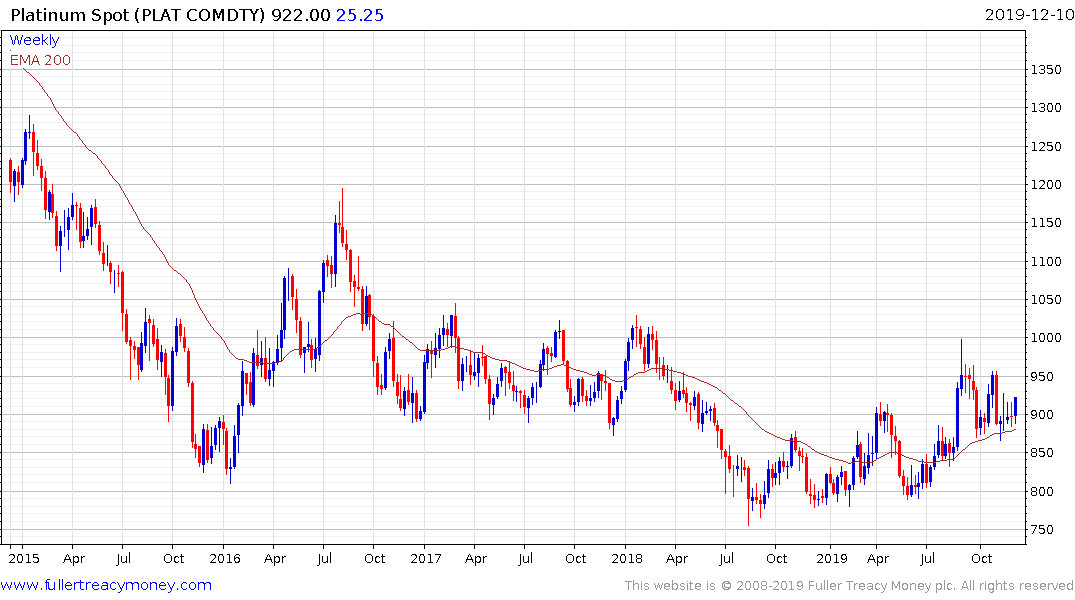 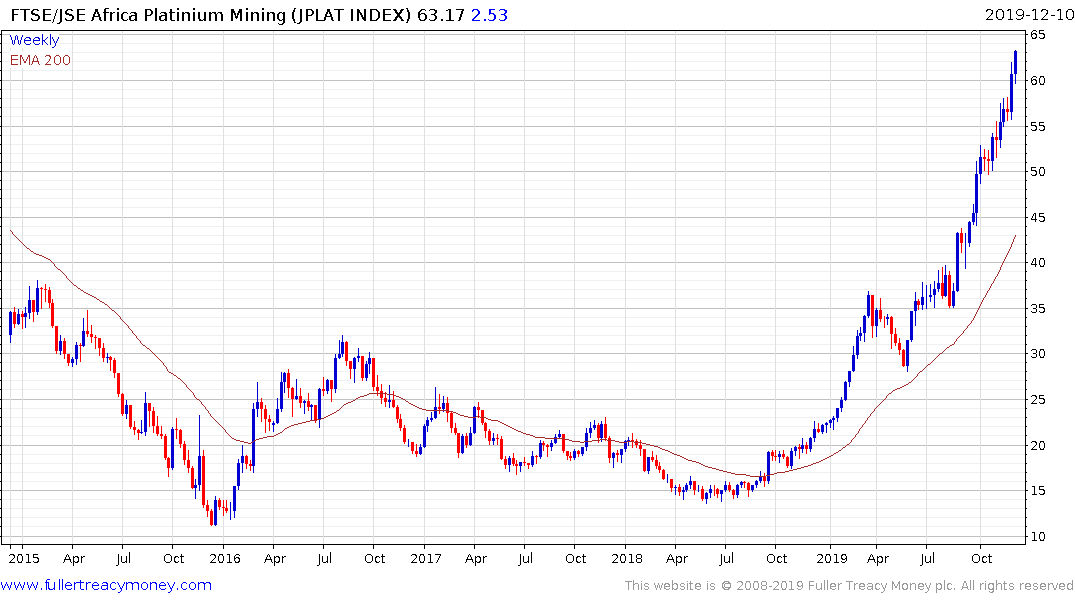 The Johannesburg Platinum Index has been on a spectacular rally since mid-2018 not least a number of mines went bust, supply contracted and because palladium is a byproduct of platinum production.  There was some news that Impala Platinum and Sibanye has power cuts earlier today but it was back on by 4pm. That suggests the efforts put in place a decade ago to have onsite generating capacity may have fallen by the wayside during the stock crash. 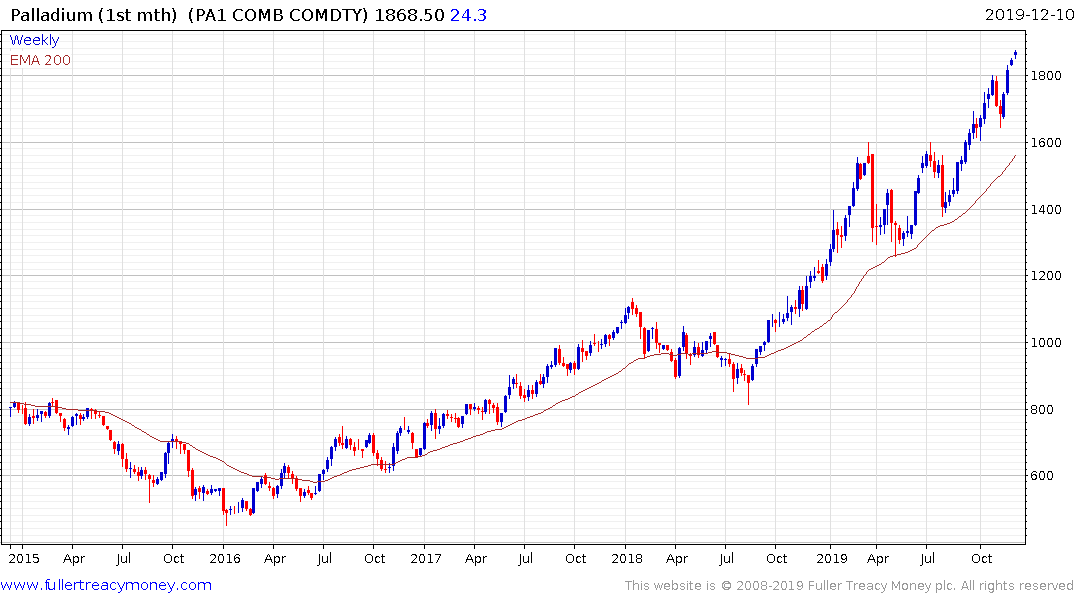 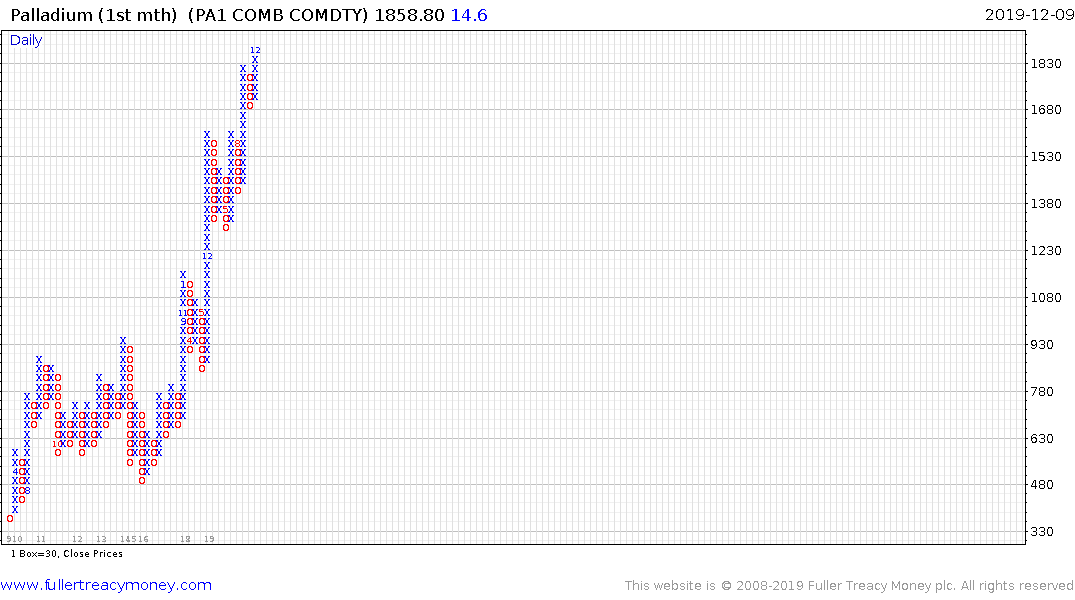 The platinum price bounced today from the region of the trend mean.Palladium broke back above $1800 last week and continues to extend it advance. 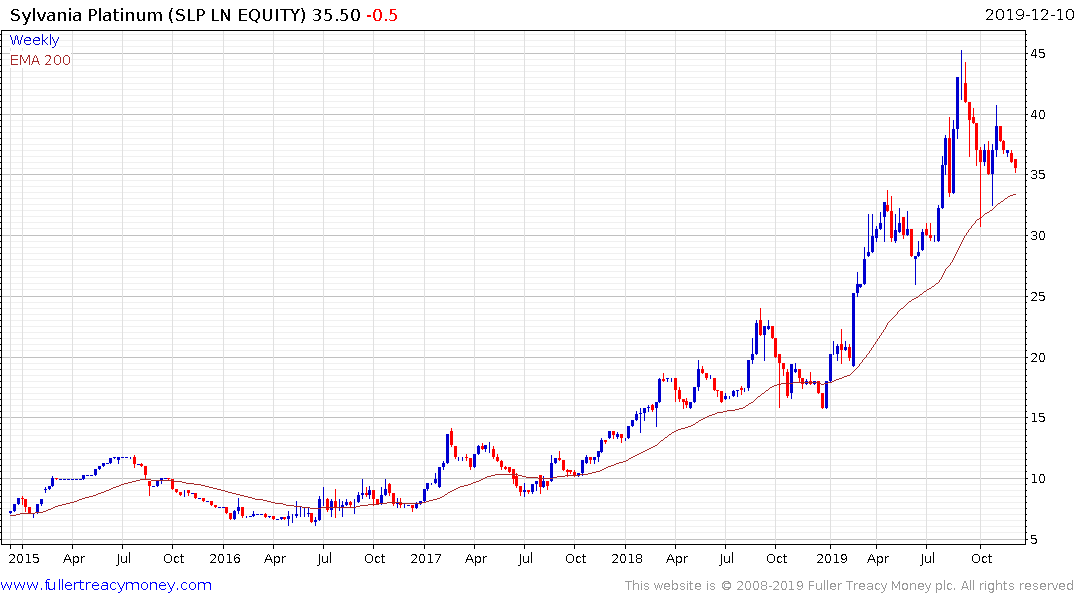 Sylvania Platinum is trading on an Estimate P/E of 5.64 and yields 2.19%. It has a relatively similar pattern to the Johannesburg Platinum Index but more recently has been reverting to mean.