The RBI said further policy tightening won’t be warranted if consumer-price inflation stays on course to hit 8 percent in January 2015 and 6 percent a year later. If disinflation is faster than anticipated “it will provide headroom for an easing of the policy stance,” it said.

?Prime Minister Narendra Modi’s landslide win last month is spurring optimism that he’ll take steps to reduce price pressures and lead a recovery among the world’s biggest emerging markets, which are forecast to grow at the slowest pace since 2009. India must move toward fiscal discipline to lower inflation, curb the budget deficit and spur growth, Finance Minister Arun Jaitley said on June 1.

“The RBI extended a welcoming hand to the new Prime Minister,” Frederic Neumann, an economist at HSBC in Hong Kong, wrote in a research report today. “That the RBI remained on hold so soon after the election wasn’t really a surprise. But its dovish tone was.”

Much of India’s problem with tempering persistently high inflation are structural in nature. One of the most productive agenda’s the new government could set would be to aggressively tackle regulatory, bureaucratic and infrastructure related obstacles to trade and investment. Considering Mr.Modi’s record in Gujarat, investors have good reason to give him the benefit of the doubt. 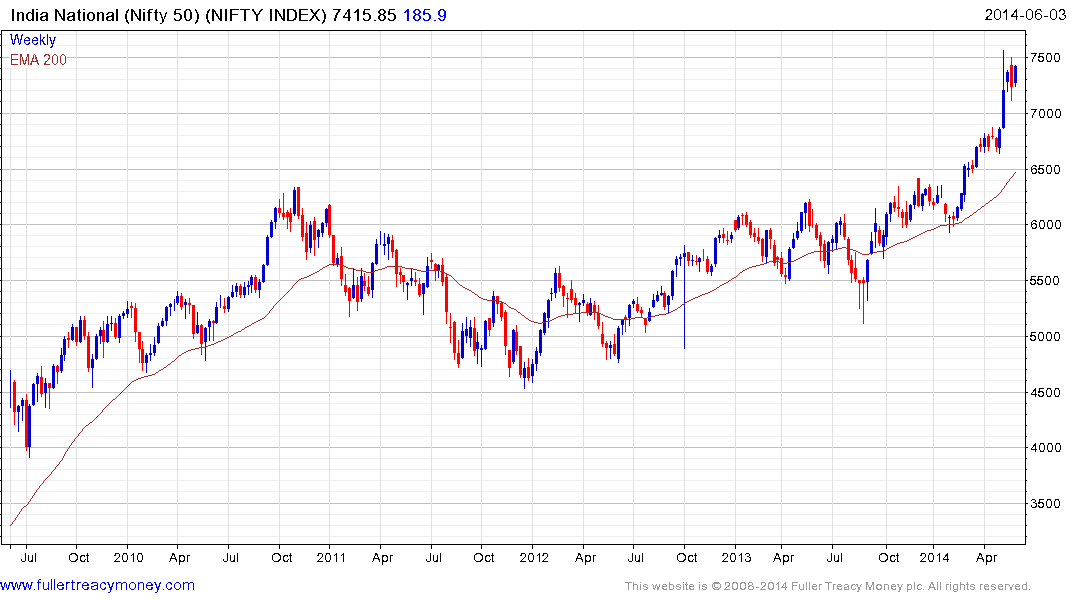 The Nifty Index hit a new closing high today and while some additional ranging is possible, any weakness or even a reversion towards the mean are likely to be viewed as buying opportunities subject to continuing improvements in the perceptions of India’s governance. 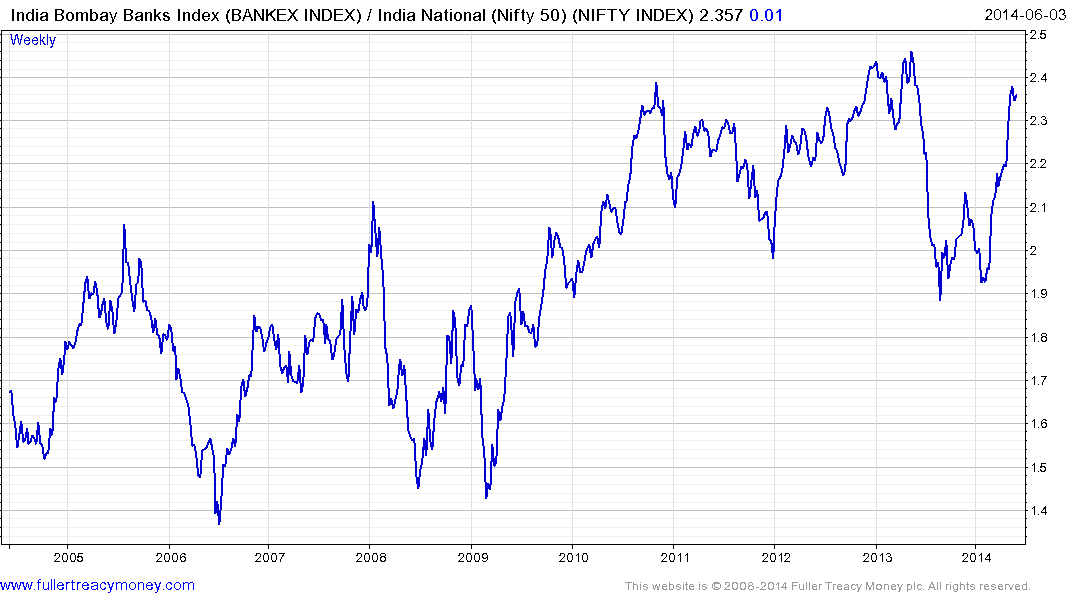 Having underperformed for much of last year, the Bombay Banks Index has surged back into favour since the election and the ratio would need to sustained move below 2.10 to question medium-term potential for further outperformance.