Race for 5G Speeds Up, Lifting West's Top Suppliers
Comment of the Day

Partly because of the stepped-up pace, Nokia said Thursday it now expects industrywide declines in equipment sales to carriers to come in less than feared. Nokia said those sales should fall just 1% to 3% in 2018. In February, Nokia predicted a 2% to 4% drop.

Here is a link a PDF of the article.

In much the same way that batteries, gene editing and the microchip are enabling technologies, 5G has the potential to deliver the connectivity speeds that will power the next wave of connected devices. Everything from the billions of sensors predicted by the Internet of Things to autonomous vehicles will depend on fast, seamless internet connectivity while mobile. That is going to require a completely new infrastructure development push to get the networks built before the reality of these expected innovations can be realised. 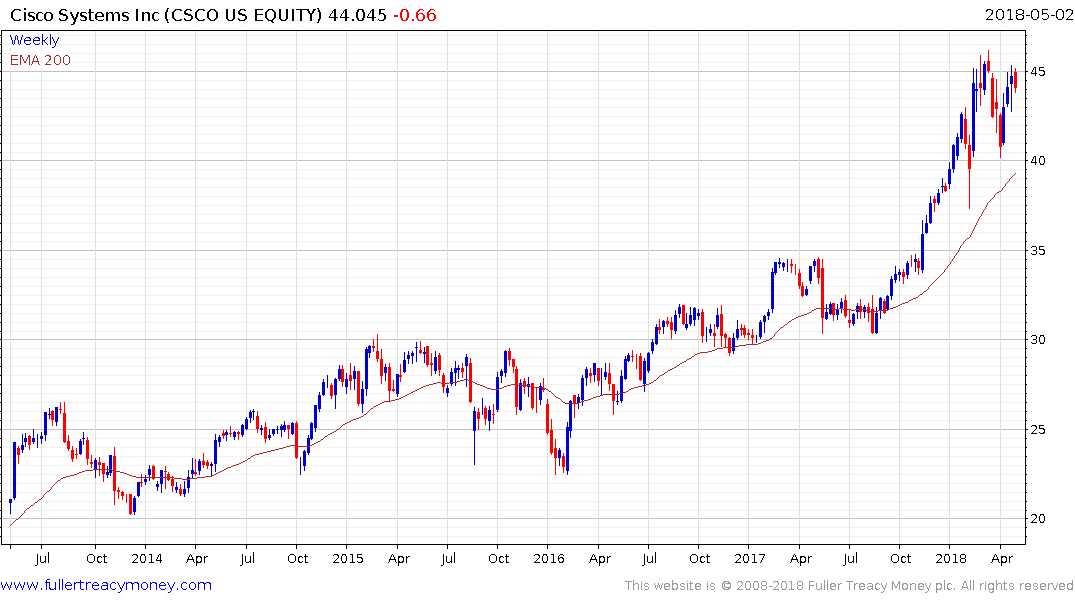 Cisco Systems is benefitting both from the evolution of this theme and its recent adoption of a subscription-oriented business model. The share remains in a consistent medium-term uptrend and a sustained move below the trend mean would be required to question recovery potential. 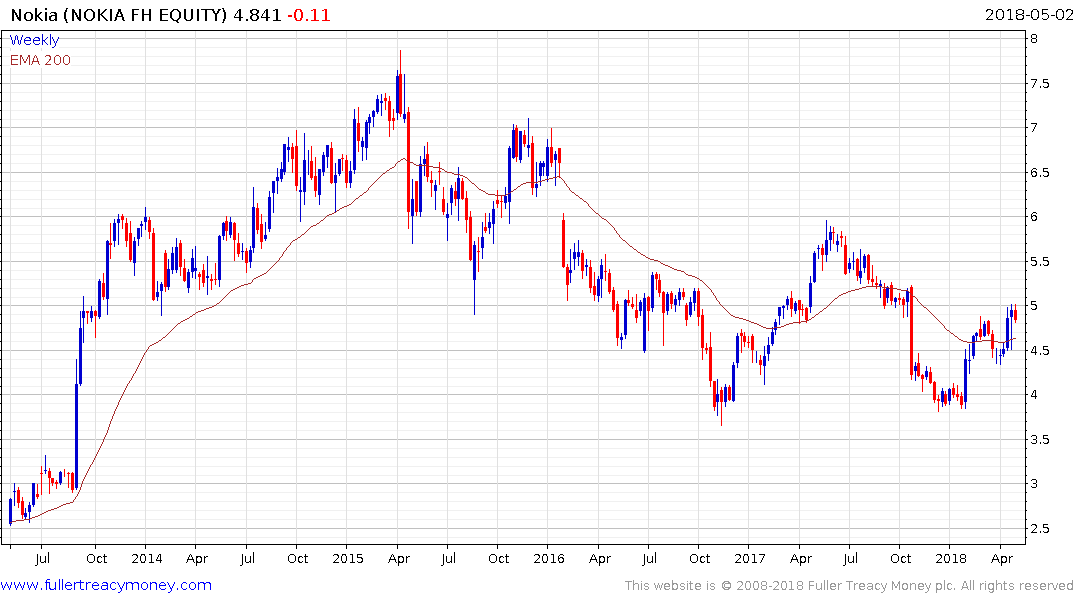 Nokia is a shade of its former self but the share has bounced twice from the €3.75 area and a sustained move below that level would be required to question potential for additional support building. 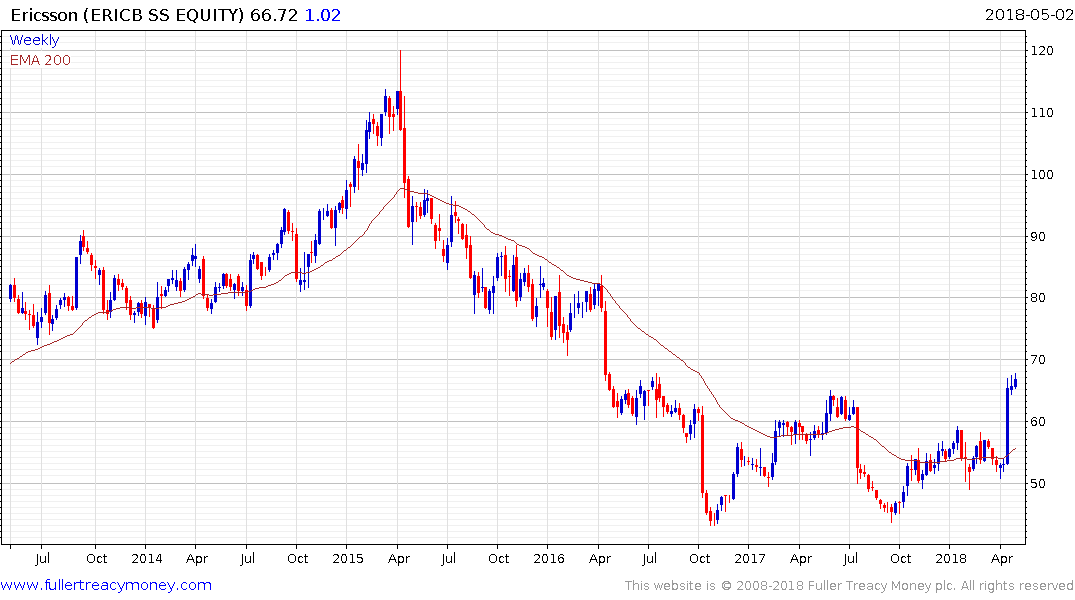 Ericsson has been ranging mostly above SEK45 since 2016. It surged last month to post a new recovery high and while there is scope for some consolidation of this gain, a sustained move below the trend mean would be required to question recovery potential.