As money managers rushed to price in stronger economic growth, factor investors who dissect stocks by how much they’ve risen or fallen saw this strategy, known as momentum, crash on Monday like never before. Equities more sensitive to the economic cycle like value and small-cap names skyrocketed.

So while the S&P 500 is just shy of its record high, it’s been a wild week for quants even by the standards of this wild year, with many enduring violent moves rather than capitalizing on the risk-on mood.

All this recalls long-standing worries that freakish cross-asset gyrations are getting more common thanks to cheap money and investor crowding.

Quigley’s estimate for the odds of this week’s shock is in part tongue-in-cheek, based on a rule of thumb for a normal distribution of statistical data. Asset moves are not known to reliably obey this convention that says 98% of all data points occur within three standard deviations of the mean.

But even with the knowledge that market prices are more prone to outlier moves, a rotation of the magnitude seen this week was still a shock to risk models.

Quantitative strategies are designed to take advantage of relative small moves between asset classes that take place every day. They make money be sizing their positions according to the “normal” volatility in the ratios they monitor. 98% efficiency means that on any given day there is a 2% chance of a volatility event leading to unexpected losses. That’s acceptable for the vast majority of investors provided the incidence of outsized events remains low. The reason the credit crisis killed off so many fixed income macro strategies is because the dispersion in the returns broke out and stayed that way for a prolonged period.

The momentum factor sell-off last week was outsized by any definition but it was not repeated. It will, however, has resulted in a number of stops being triggered in highly leveraged trading strategies.

The big question is whether this is the beginning of a wider transition from reliance on momentum to buying value? The ratio between the two strategies experienced a sharp pullback in May and June but rebounded to hit new highs until this week. It has now broken the short-term sequence of lower rally highs but a sustained move below the trend mean would be required to clearly signal a return to demand dominance for value instruments.

If we flip the ratio around and look at value’s underperformance relative to momentum, it bears a striking similarity to the chart of the Latin American Dollar Index and the agricultural commodity index. 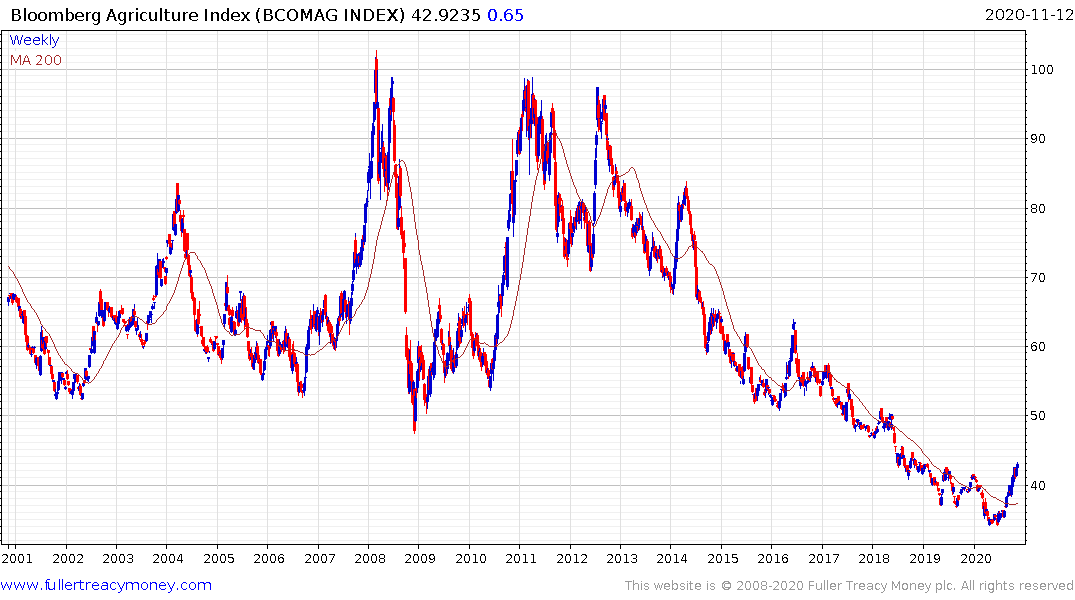 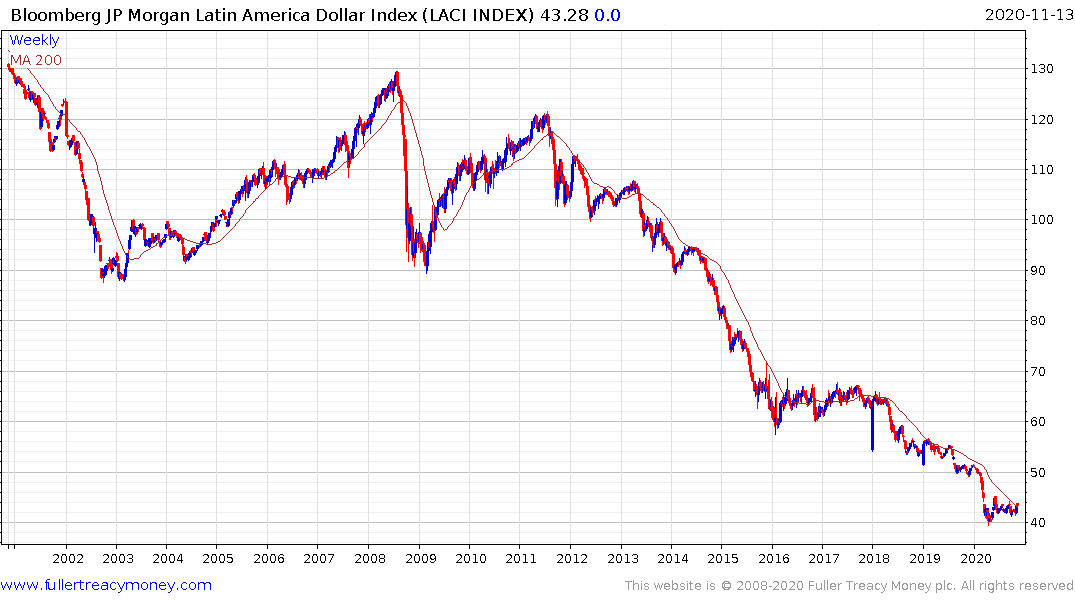 The clearest answer for why value has underperformed by such a wide margin for so long is because interest rates have been trending lower too. Momentum does well with low interest rates because growth is boosted by access to cheap capital. At the other end of the spectrum, value tends to perform well with higher interest rates because the returns they offer have the potential to outpace inflation with more secure than pure growth strategies.

A return to synchronised global economic growth in 2021 is already putting upward pressure on Chinese rates and commodity prices are also responding. The countries that suffered least from the coronavirus are also those that are most leveraged to global growth. That suggests any tilt to value may be best availed of by looking internationally. That also hedges against the argument many US value plays are suffering from technological disruption or are obsolete.