Coinciding with the event is Tesla Inc.’s widely-watched inclusion in the S&P 500, a development that alone is estimated to force roughly $80 billion of stock trading. While all the turbulence means headaches for traders, some market watchers view it as the final chance for investors to shuffle big holdings before liquidity thins out into Christmas and the New Year’s holidays.

“Traditionally these are outsized liquidity days, and following the rebalances we expect liquidity to dwindle into year-end,” Wells Fargo & Co. strategist Chris Harvey said. “In other words, Friday is likely the last opportunity to make major portfolio shifts before the 2020 liquidity window closes.”

Quadruple witching typically fuels trading as large derivatives positions roll over. While spikes in volume usually occur around the open and close, providing windows of robust liquidity, large price swings can happen suddenly at any time of the day.

Tesla trades at an historic P/E of more than 1000 and a forward P/E of 297. That’s a racy valuation by any definition. The fact it also has a market cap of $630 billion and will occupy a greater weighting in the S&P500 than Berkshire Hathaway is going to greatly increase the overall valuation of the Index. 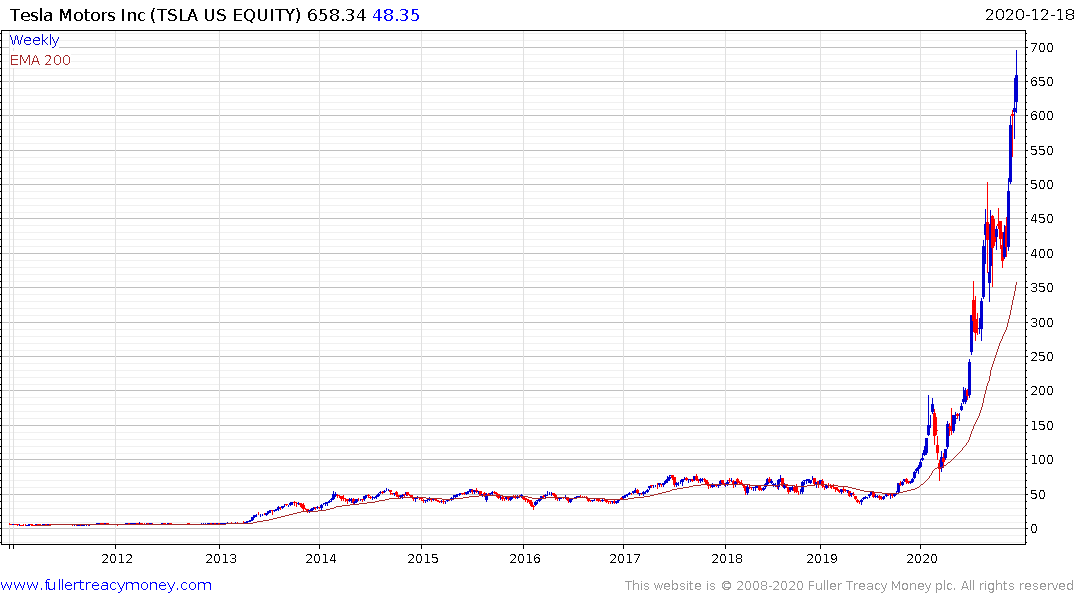 This is occurring at a time when volume and the total number of transactions contracts over the holidays. It is exactly the kind of time when enterprising hedge funds, seeking to have an outsized effect by pressuring stops, can have short-term success with a relatively small amount of money. 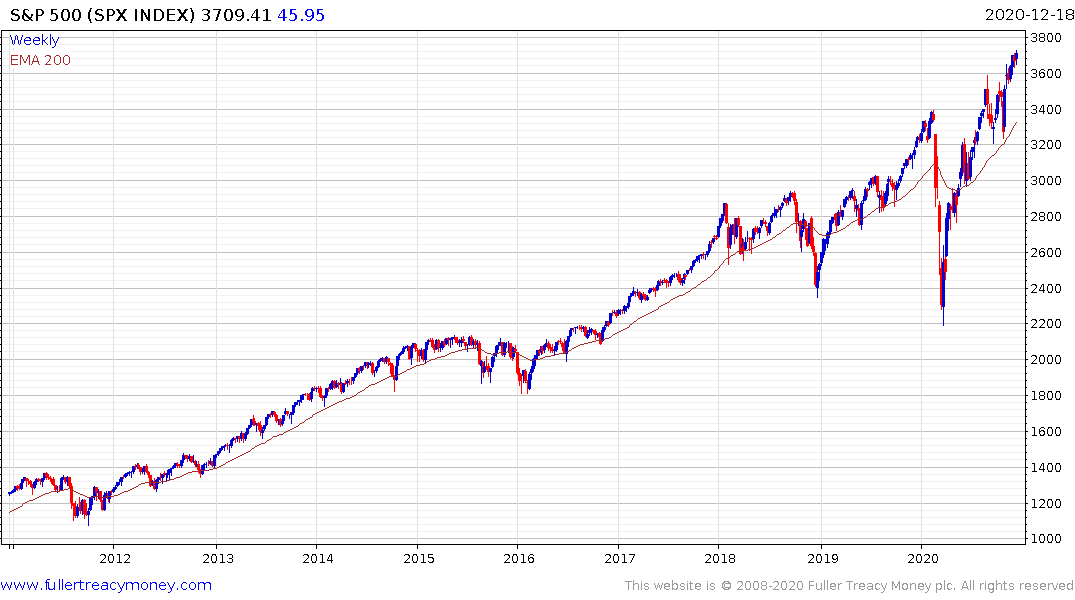 Since initially clearing the 3600-point level on November 9th, the S&P500 has rallied less than 100 points. It has held its incremental sequence of higher reaction lows, but breakouts have been failing. Stops are most often placed in the region of the most recent low which is currently sitting near 3630. Meanwhile the 200-day MA is more than 16% below today’s open.

Sentiment could hardly be more bullish. There is a widely held belief that the new year will usher in a comprehensive inoculation regime and that economic growth will rebound. I’m fully onboard with that conclusion but it does not mean prices have to rally in a straight line. That suggests, at least to me, that there is scope for an uptick in volatility over the next two weeks which is likely to set up an opportunity to buy at lower prices.