Banks were eager to lend to Dezheng Resources and its subsidiaries in recent years. "We all do business with Dezheng companies," one employee of the finance department of a large bank's Qingdao branch said.

Banks are apparently worried that the borrowing total the CBRC arrived at may only be the beginning. "The figure only shows the loans in Qingdao, and banks are examining whether there are other loans to Dezheng Resources and its subsidiaries across the country," an employee of another bank said.

It is common for companies in China to use commodities as loan collateral. However, sources close to Dezheng Resources say police are investigating whether the company and its owner, Chen Jihong, used duplicate receipts from Qingdao Port Group Co. to get loans from different banks. It is unclear what police were involved.

When this story broke it was bearish of industrial metal prices because one of the arguments that helped support prices was that Chinese demand was still relatively robust. The fact that stockpiles were not as large as previously believed gave the impression the Chinese economy is slowing more than expected.

From a medium-term perspective, the fact that stockpiles are not as robust as previously believed suggests that consumers such as major industrials will need to purchase additional supplies. This is being borne out in the charts of the industrial metals which have almost all found support this week. 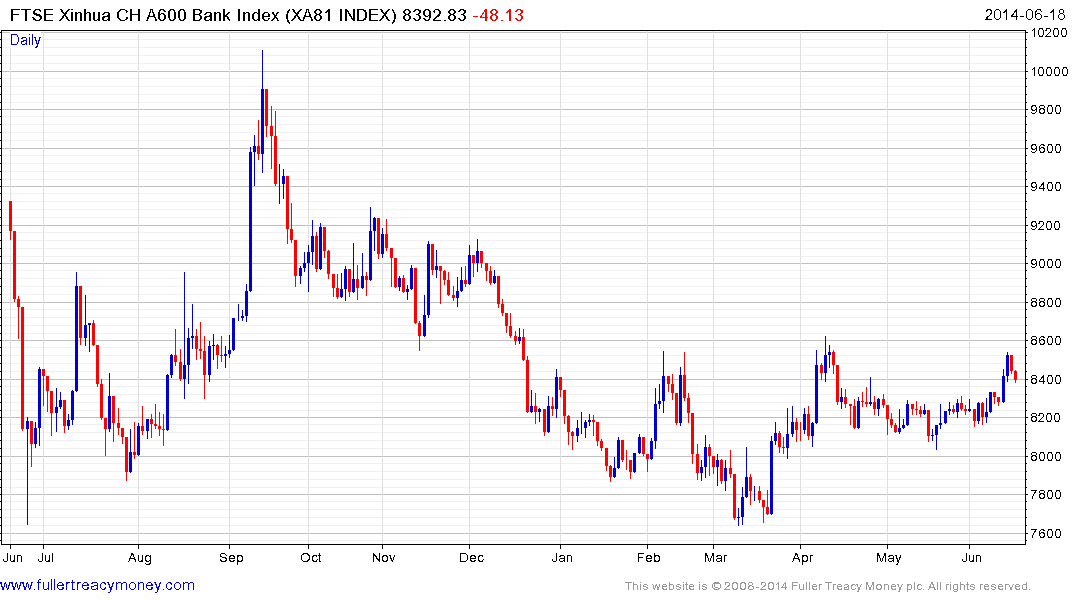 From the perspective of Chinese banks, no one likes to take a loss but the figures involved do not pose systemic risk. The FTSE/Xinhua A600 Banks Index has at least paused in the region of the February and April highs. A sustained move above 8500 will be required to confirm a return to medium-term demand dominance.