Will the ban remain in effect? We believe so, based on a preliminary overview. A legislative election took place in Indonesia last week (April 9), but in our view, a new government as a driver for change in sentiment toward the mining export ban appears unlikely because the top 4 parties which led in the exit polls previously expressed support for the ban. Preliminary election results, to be confirmed by official results in May, suggest that 10 parties have won seats in parliament, up slightly from the nine parties which comprise the current government. The expected weak coalition government will be led by the PDI-P party. The New Democrat Party, which leads the current weak coalition government, dropped to fourth in the exit polls and has expressed support for PDI-P. The official election results in May will be followed by a Presidential election in July, in which the leader of the PDI-P party is favoured.

Unless the leading parties change their previously stated support for the mining ban, in our view, the change in government landscape and a new Indonesian president is expected to be immaterial with respect to the mining ban. Economics of the mining ban may be a catalyst for compromise. A study conducted by the Support for Economic Analysis Development in Indonesia (SEADI), funded by USAID, expressed criticism of the ban in an April 2013 report, noting accumulated welfare losses on the mining industry on the order of $33-$34 billion by 2020. As an alternative to a wide spread export ban, the SEADI report advocates a selective policy, focused on specific minerals with the most value added by processing. SEADI notes that processing aluminum adds more value, but is expensive in terms of power; copper processing adds little value; and the value added by nickel processing is between aluminum and nickel. In light of the SEADI report, in our view if a compromise is made by the government, it will be made on copper before aluminum or nickel.

Nickel broke emphatically above the psychological $15,000 level in March and continues to extend the advance. It is now testing the 2012 and 2013 highs near the $18,500 level which represents a potential area of resistance. Some consolidation following its powerful breakout is possible at this stage but a clear downward dynamic would be required to signal it has begun, while a sustained move below the 200-day MA would be required to question medium-term recovery potential. 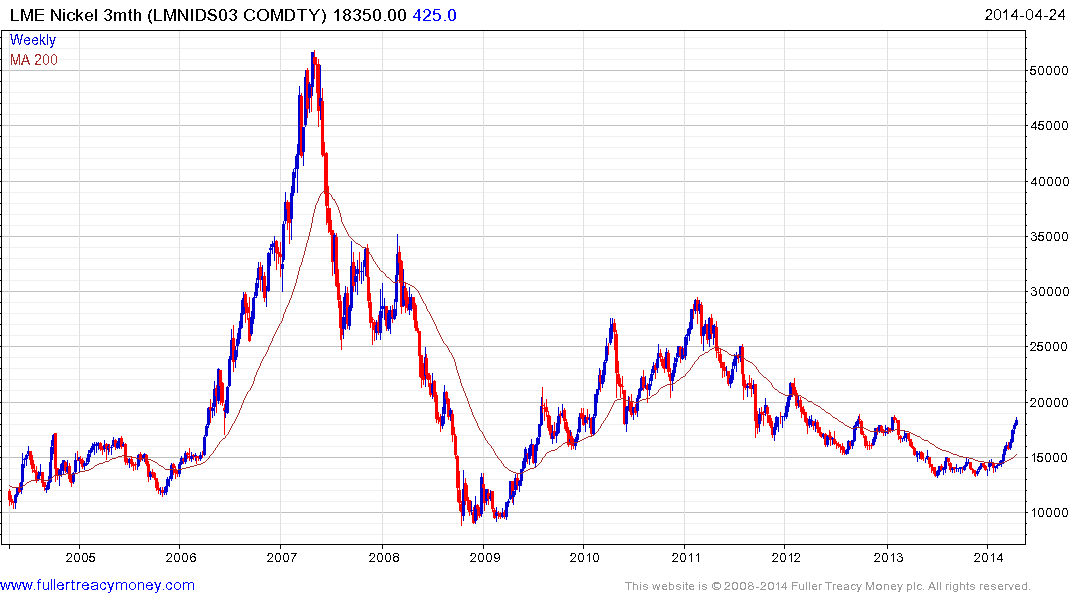 Aside from dedicated ETFs, Norilsk Nickel is the primary pure-play on nickel and palladium prices. However the share has been hampered somewhat by concerns centring on the extent of possible sanctions on Russia as a result of its actions in Ukraine. 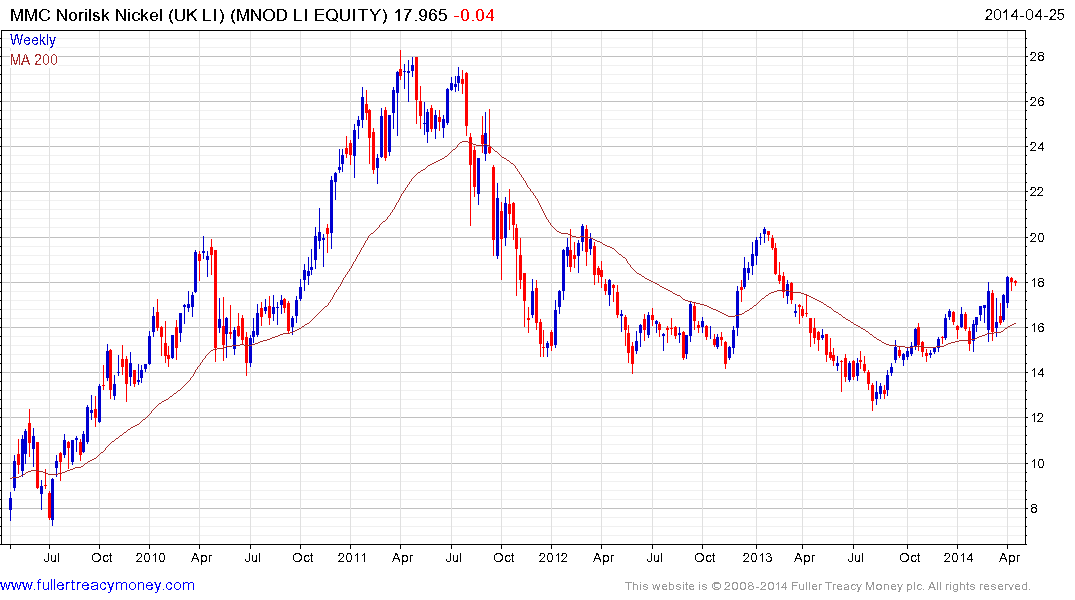 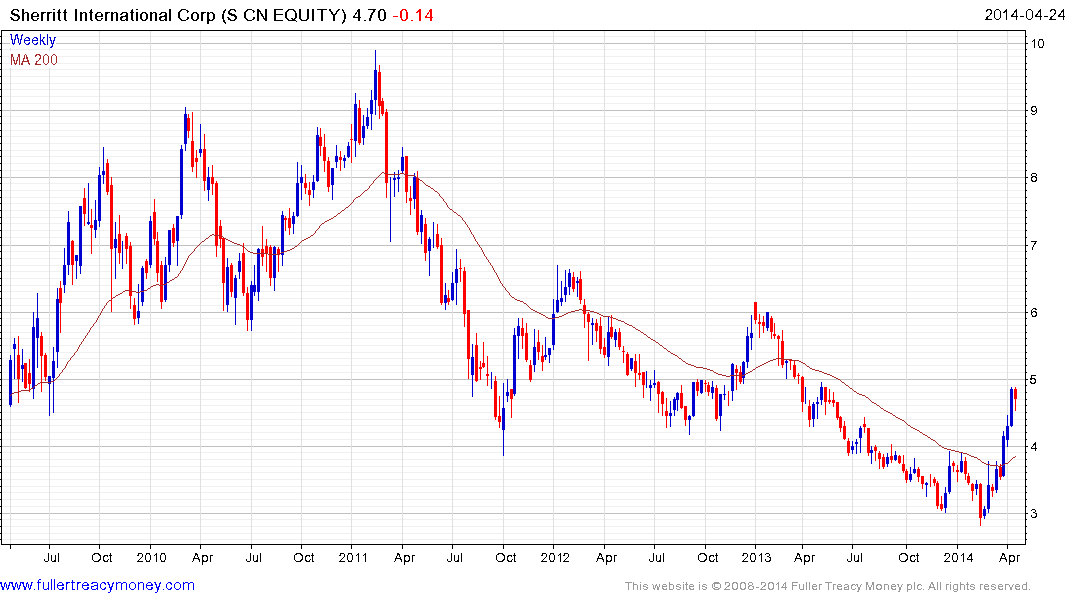 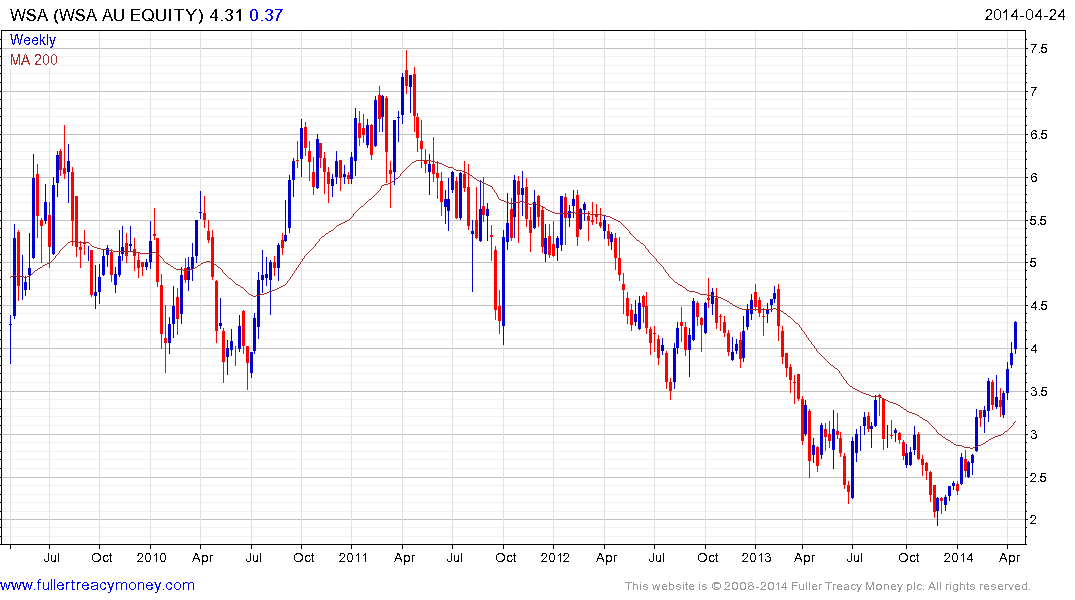 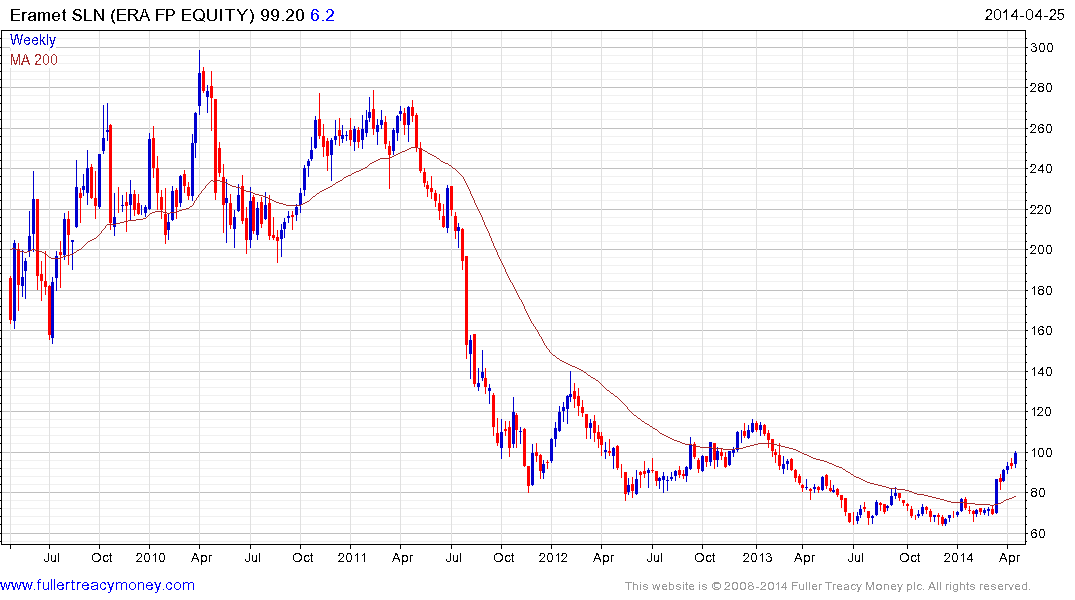