The U.S. dollar’s dominance as a global reserve currency is commonly thought to result from the dearth of safe assets. Russia, however, recently has provided an example of how a sizable economy with the world’s fifth biggest international reserves can minimize dollar assets ad still do well. So far, it doesn’t have many followers, but gold buying by central banks is going up.

Since being hit by sanctions for its aggression against Ukraine in 2014, Russia has had good reasons to rethink the composition of its international reserve. While the European Union hasn’t toughened its sanctions for almost five years, the U.S. has been doing it all the time. The Kremlin and the Bank of Russia consider the risk of further restrictions unpredictable and dependent more on U.S. domestic politics than on anything Russia does. In the 12 months since the end of September 2017, the central bank has more than halved the dollar’s share in its international assets and sharply increased the shares of the euro and the renminbi.

Net central bank accumulation of gold is as much about sourcing a hedge against geopolitical trouble as it is a response to the clear threat to the Dollar from the adoption of Modern Monetary Theory by the US government. 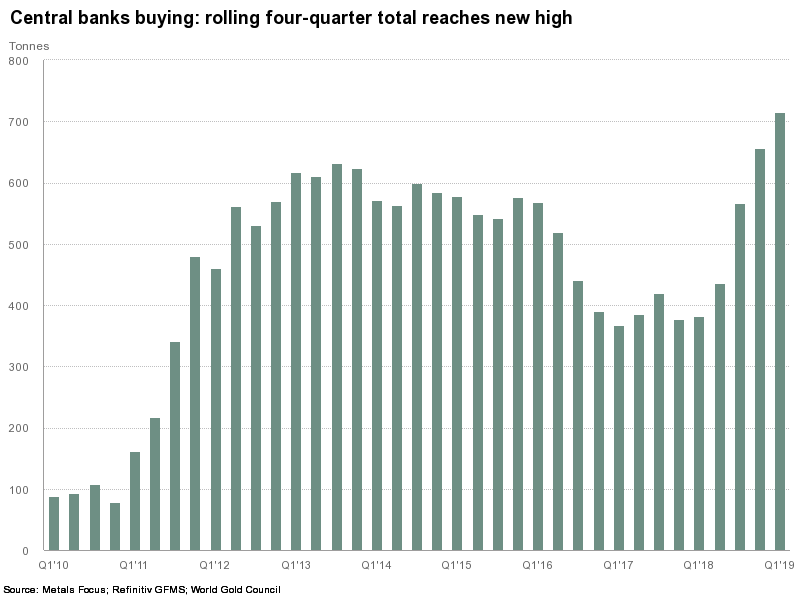 Central banks buying dipped in 2017 but started to trend higher in 2018 and hit new decade highs this year. That represents a potent source of demand which is helping to support prices. 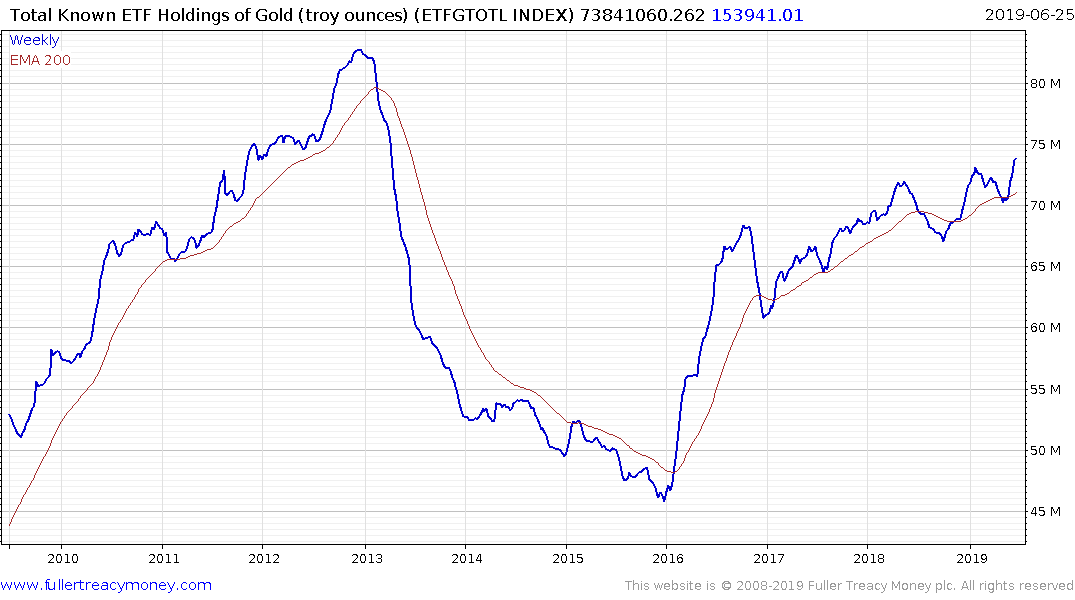 Meanwhile ETF buying of gold broke out to new recovery highs this week. 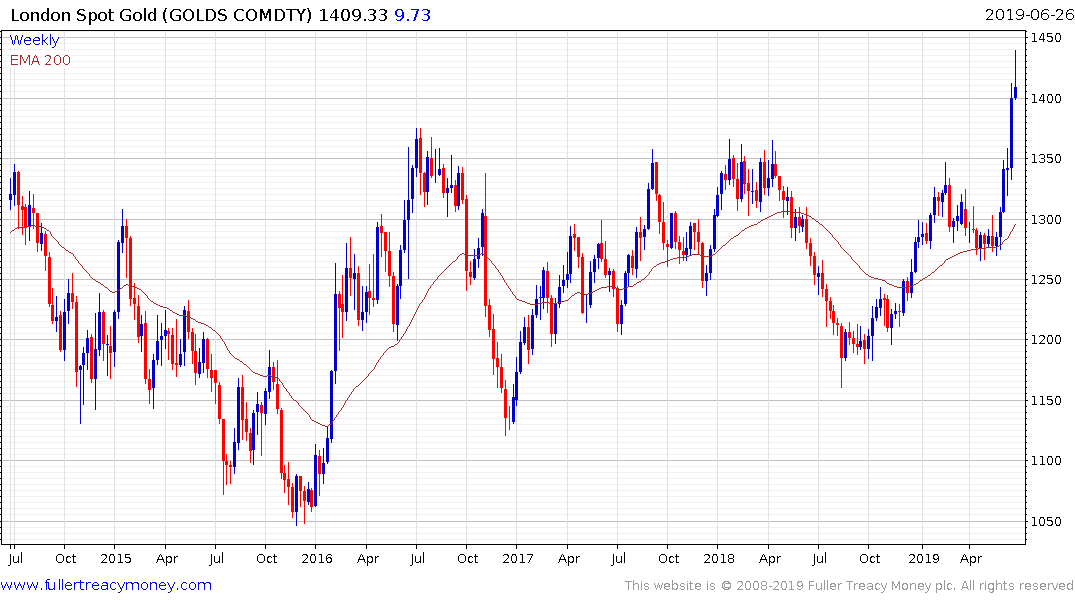 Any questions about whether gold was capable of breaking out were answered this week with the move above $1400. However, in order to confirm the transition to a new medium-term bull market, it will need to hold the move above $1350 during any consolidation that occurs.

Precious metals are best bought following pullbacks because commodities tend to trend in a very choppy manner where breakouts are not sustained. I believe the odds are heavily in favour of a new medium-term bull market but that still means the best entry opportunities will be following the inevitable pullbacks.