Prospering in the pandemic: the market winners
Comment of the Day

Prospering in the pandemic: the market winners by Eoin Treacy

We also ranked them. It would have been nice to use profits or sales as the gauge of success. But the lag in reporting and different calendars made that impractical, even for public companies. So we stuck with a market measure, accepting that — in the saying attributed to value investing doyen Benjamin Graham — the market is only a “voting machine” in the short run, rather than a “weighing machine”.

But which market measure? For the main rankings of the top 100, we opted for equity value added. That list included some of the clear “winners” from the pandemic, such as Netflix and Zoom Video. But it has one obvious flaw: it favoured those that were already large. Companies including Nestle, L’Oréal and Alibaba made the cut despite single-digit percentage gains in value.

If we had used percentage gains, the list would have had the opposite problem, favouring smaller companies, penny stocks that can swing wildly on trades of modest value. However, we still wanted to assemble an alternative ranking to highlight some less known but still significant winners. To do this, we used percentage gains but with a $10bn floor for market cap.

This brings into the top 100 companies that escaped the original list such as Ocado, the UK online supermarket that has reinvented itself as a global tech supplier to other grocers, and Peloton, whose stationary bikes equipped with video screens for online classes have surged in popularity as gyms closed. But otherwise the top 100 has a lot of the original big names such as Tesla, Pinduoduo and PayPal.

If the floor is $1bn, there is a lot more shuffling around. On this measure, Novavax comes top, with a 1,900 per cent rise in value. There is little mystery behind this: Novavax has a vaccine candidate for Covid-19 and is racing to expand its manufacturing capacity.

There is no doubt that for some companies the COVID-19 crisis has been a gift. It accelerated customer acquisition efforts while also lower lowering borrowing costs and boosting liquidity. High growth companies that reside online, instead on Main Street, were already gaining market share from brick and mortar. That process has not gone into overdrive as the number of retail bankruptcies surges. 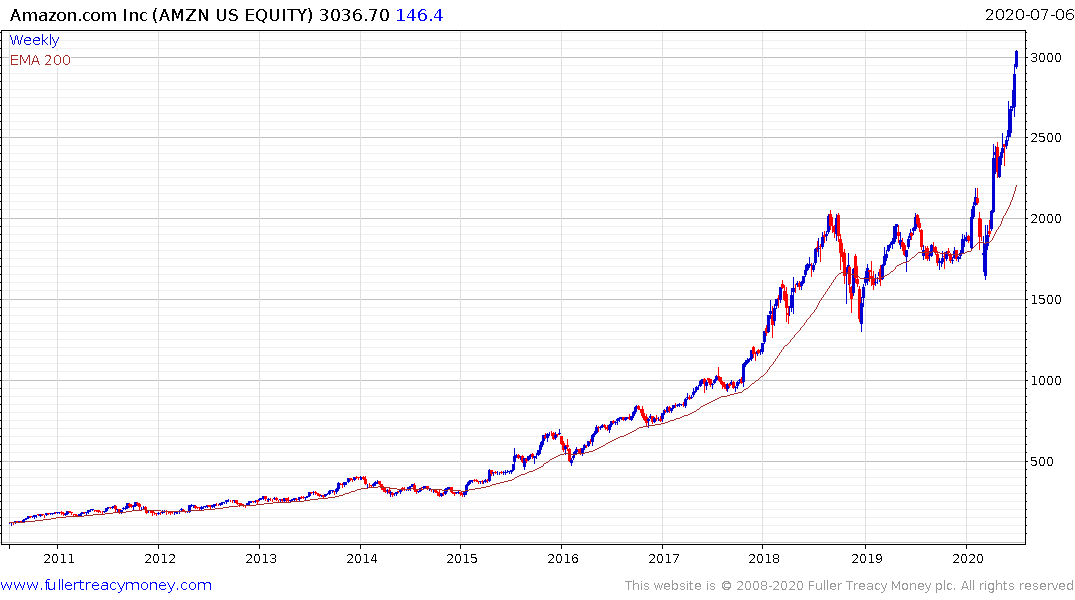 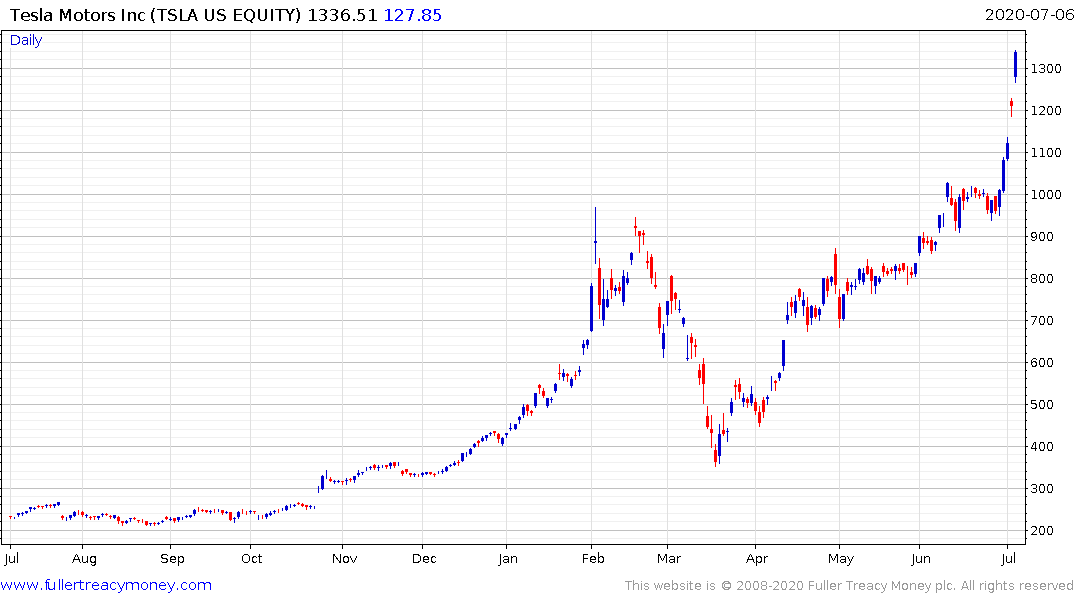 Amazon and Tesla both extended their uptrends today, despite short-term overbought conditions.

Zoom Video Communications paused at its peak today and is also very overbought in the short term. 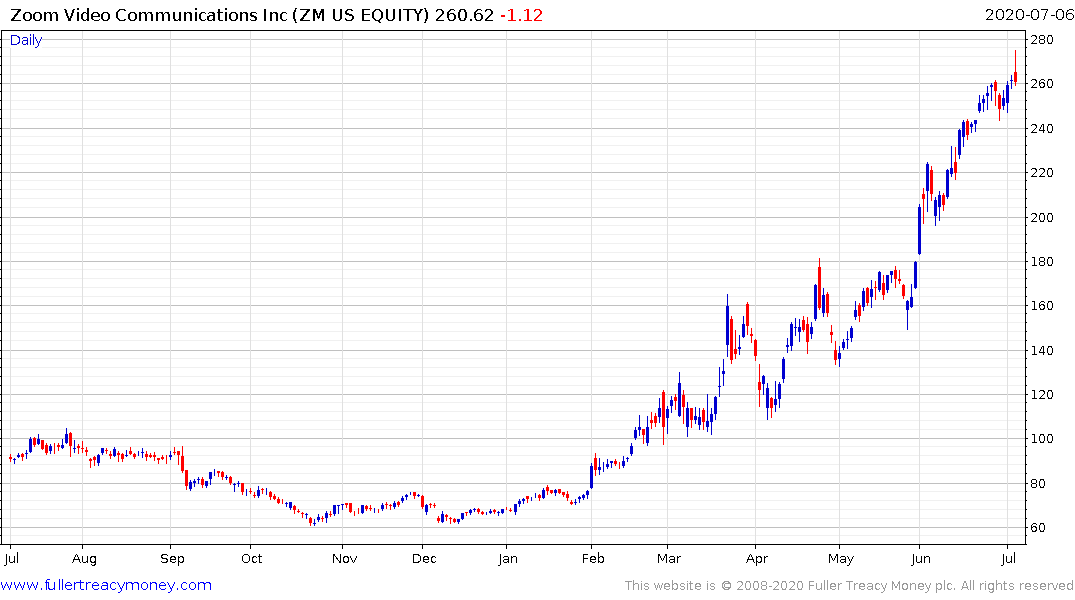 There are going to be companies that capture an enduring advantage from the coronavirus. For others it will be short-term in nature. The one thing I know from numerous Zoom meetings I have taken part in is they are no replacement for personal contact. My children, who were subjected to six weeks of school over Zoom, hate the platform and will ditch it at the first opportunity. That does not suggest long-term stickiness for the platform.