Private Equity Gears Up for the Siege of Japan Inc.
Comment of the Day

Private Equity Gears Up for the Siege of Japan Inc. by Eoin Treacy

Private-equity funds have a growing interest in Japan—and are making surprisingly good money there. The scandal at venerable Japanese electronics maker Toshiba could shape up as a test case for just how big the industry can grow in the world’s third-largest economy.

There are no offers publicly on the table for Toshiba, but there is no doubt the company is an attractive target for private equity—especially with management on the back foot after shareholders ousted former Chairman Osamu Nagayama last week. Toshiba had previously dismissed a bid from CVC Capital Partners valuing the company at more than $20 billion, which would have made it the biggest private equity-led buyout in Japan. Activist investors are demanding that management now welcome and encourage interest from potential suitors.

Unlike in the U.S., private equity doesn’t have a big presence in Japan. According to consulting firm Bain, 8% of Japan’s mergers and acquisitions involve private equity, compared with 15% in the U.S. And M&A activities, relative to the size of the economy, are much lower in Japan than in the U.S. or Europe.

But private-equity funds are gearing up to look for opportunities in the country now. Total assets under management in Japan-focused private equity amounted to $35 billion as of September last year, more than double the sum at the end of 2015, according to data provider Preqin. They are now sitting on $14.9 billion of cash. Moreover, a record 80 private-equity and venture-capital funds focused on Japan closed last year, raising $10 billion, says Preqin. Carlyle, for example, raised $2.3 billion for a Japanese buyout fund last year.

$35 billion for acquisitions is a pittance in the market of Japan’s size. The attraction of the market is obvious. Valuations are attractive, corporate leverage is low and cashflows are strong. The added incentive for private equity is the demographic transition.

There are a lot of privately held businesses looking at generational transition. Chinese entrepreneurs moved into northern Italy during the credit crisis and made some very tactful acquisitions of family businesses. There is no reason why international private equity firms can’t do the same with Japan. 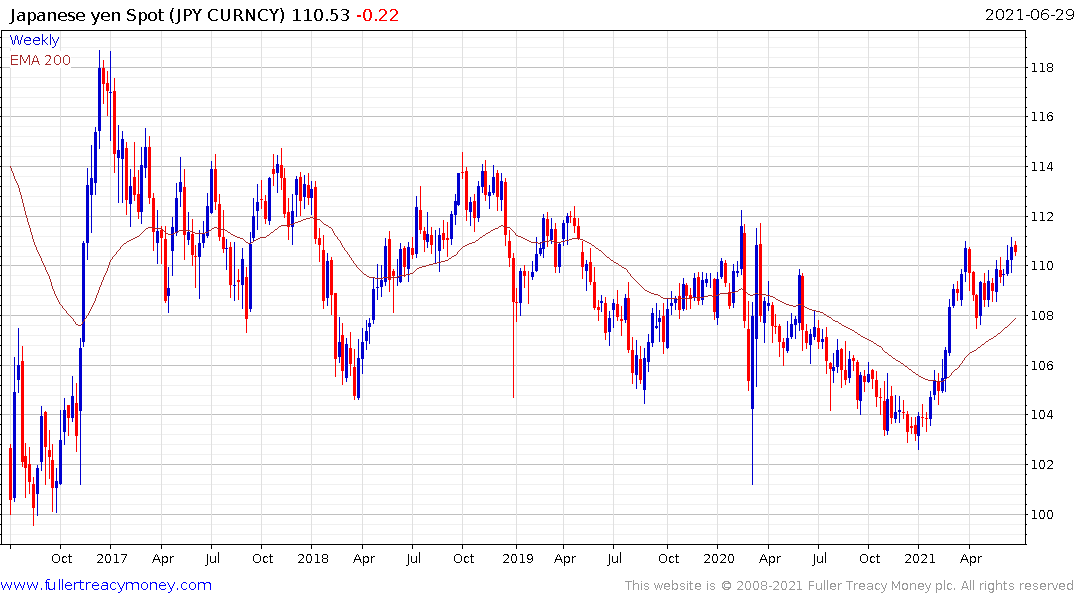 The prospect of another recession, following the less than impressive rebound from the last, is putting downward pressure on the Yen. The US Dollar has now broken its five-year downtrend so that holds out the prospect for nominal price appreciation for the export-oriented portion of the market. 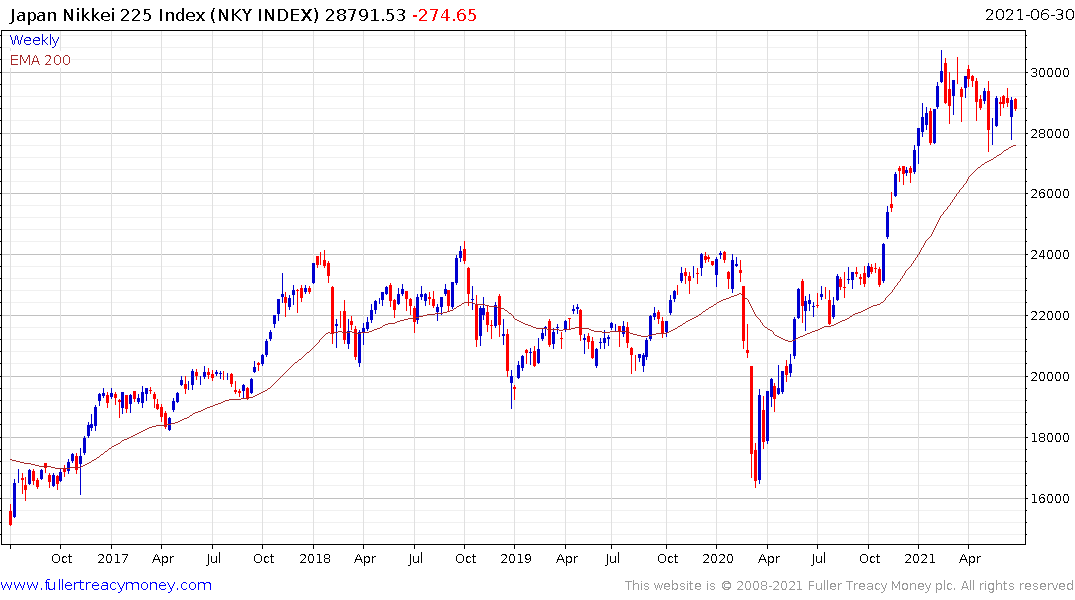 The Nikkei-225 continues to pause below 30,000 and there is a mild downward bias evident since February. A break in that short-term sequence of lower rally highs will be required to signal a return to demand dominance. 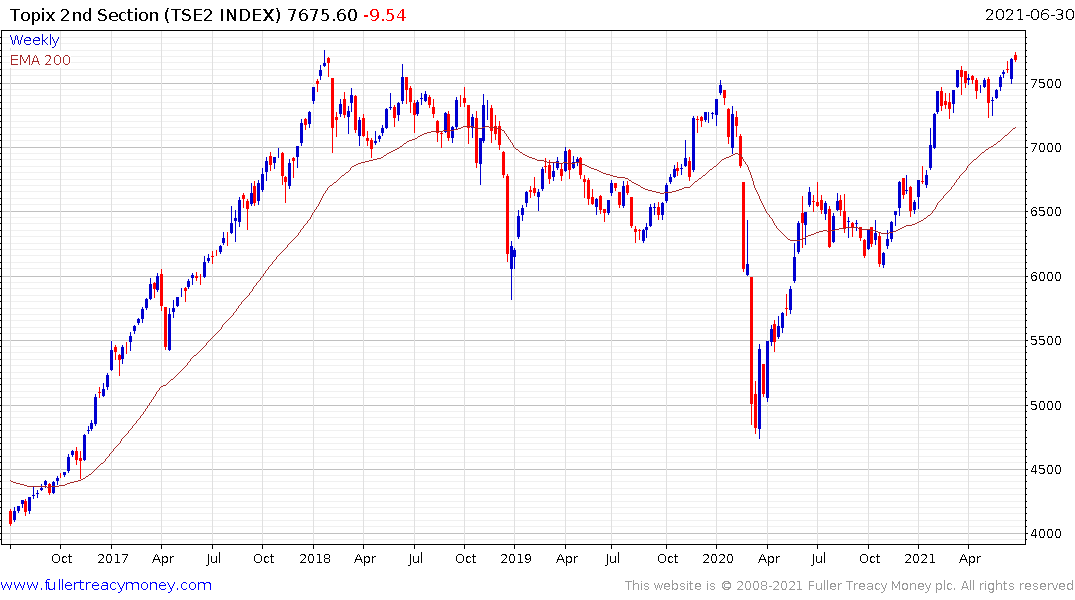 The Topix 2nd Section is pausing in the region of the all-time peak and will need to sustain a breakout to new highs to confirm a return to demand dominance.