Powell Says Fed Has Room to Cut, May Have Kept Policy Too Tight
Comment of the Day

Powell Says Fed Has Room to Cut, May Have Kept Policy Too Tight by Eoin Treacy

Powell told Senators that the so-called “neutral rate,” or policy rate that keeps the economy on an even keel, is lower than past estimates have put it -- meaning monetary policy has been too restrictive.

Federal Reserve officials in fact marked down their estimate of the longer-run policy rate to 2.5% in June, from 2.8% in March.

Investors fully expect a quarter-point cut at the Fed’s July 30-31 gathering, according to pricing in interest-rate futures, though odds were dialed back a bit after a stronger-than-expected U.S. inflation report earlier on Thursday.

The Fed keeps downgrading its expectations for what the neutral rate of interest is. In other words, their guesstimate of the optimal level to contain inflation but support full employment. That is the rationale used to justify the move to lower rates which has already been priced in.

The uptick in CPI suggests inflation has not been entirely banished from the discussion. If it persists it may factor into a lengthier pause between this month’s rate cut and the next, than was expected. The Fed has been courting inflation for much of the last decade and is more likely than not to allow the economy to run hot in order to support an inflation bias rather than inhibit it.

The question investors will be pondering over coming weeks is whether the expected poor earnings of companies in the 2nd quarter will be corrected by the global turn to easier monetary and fiscal policy in coming quarters. The S&P500 is pausing around the psychological 3000 level as investors weigh this query. 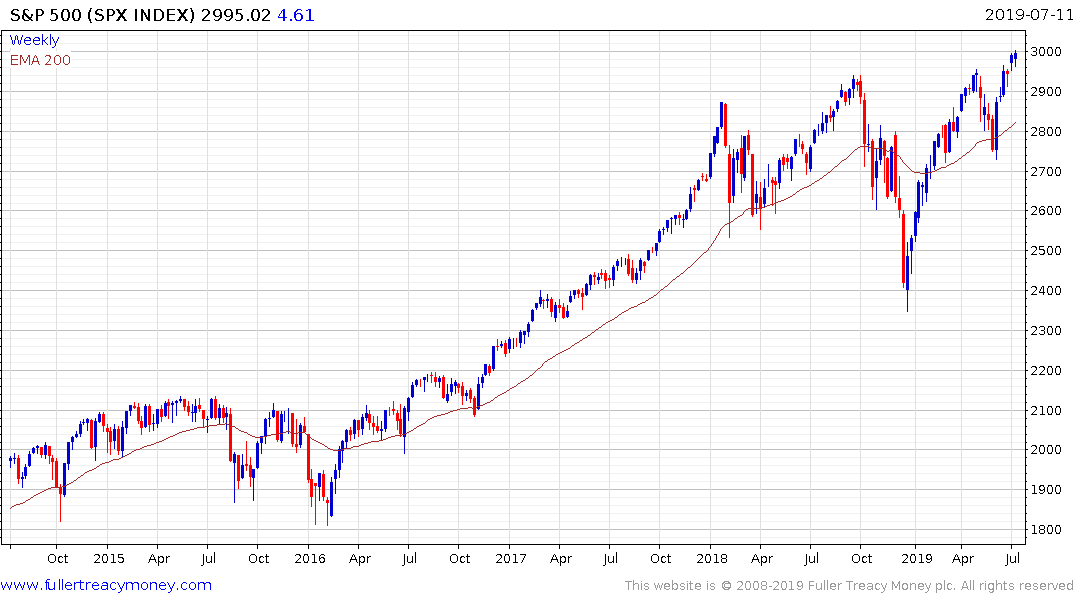 US Treasury yield bounces have not exceeded 30 basis points during the downtrend from the October peak. The lower side of the overhead range has also offered resistance during these rebounds. That suggests the area between 2.2% and 2.3% represents the next area of potential support for the market during this pause. 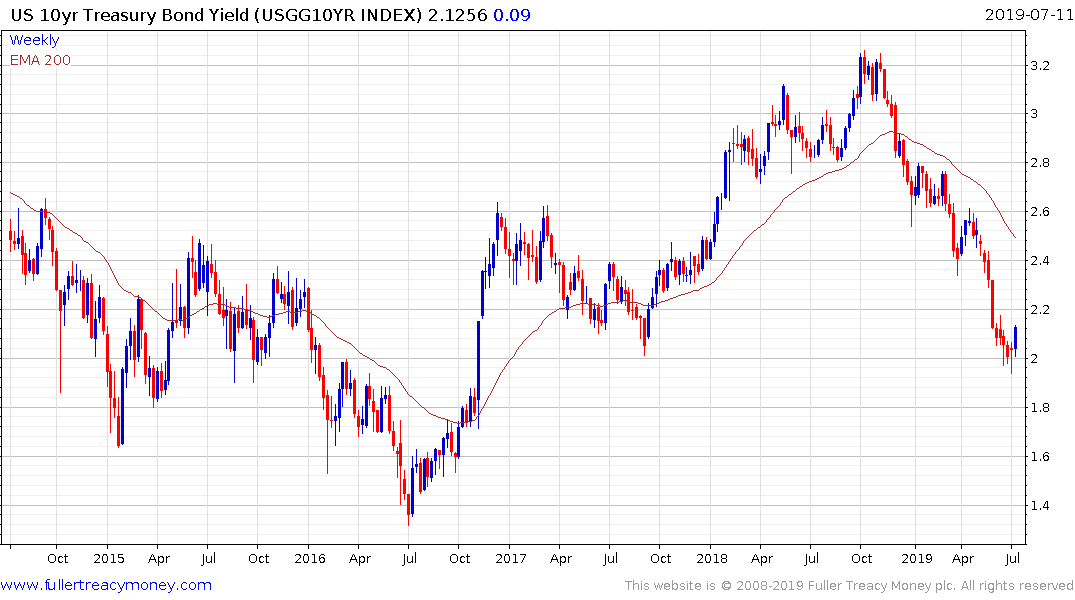