That’s the type of situation that Japan fell into two decades ago and with which Europe is flirting now. It’s a path that could ultimately lead to a deflationary downturn as households and businesses put off borrowing and spending today because they’re convinced prices will be lower tomorrow, no matter how far the central bank lowers interest rates.

“We are not getting any inflation and the risk is that we find out -- as did Europe and Japan -- that we are stuck and that the central bank isn’t able to raise inflation,” said Mark Spindel, chief investment officer at Potomac River Capital in Washington.

The Fed hasn’t hit 2 percent inflation on a sustained basis since formally adopting that objective in 2012. In December, the personal consumption expenditures price index that the Fed targets rose 1.7 percent from a year earlier.

The extra yield investors demand to hold 10-year Treasuries over two-year notes was 13 basis points, highlighting market conviction that inflation will stay subdued over the next decade.

The Fed has stated in the last week they are willing to let inflation run hot in order to create a self-sustaining trend which suggests we are likely to have an easy monetary environment for the foreseeable future. 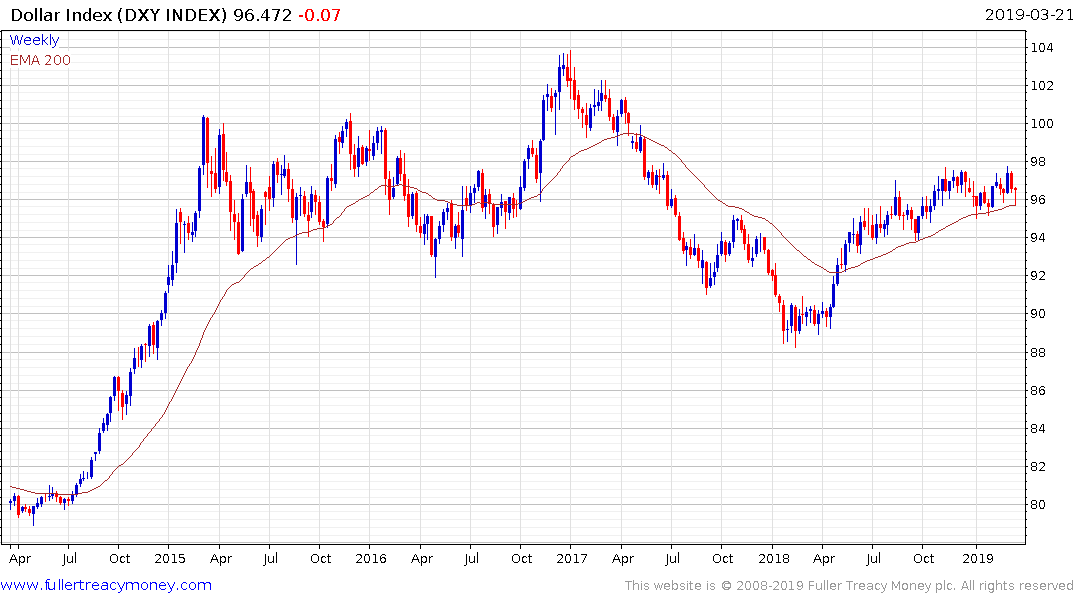 Meanwhile, the Dollar erased just about all of yesterday’s decline as the Dollar Index bounced from the region of the trend mean. A rate pause, and impending end of shrinking the balance sheet, remove supports from the Dollar. Right now, that is being overridden by the conclusion that everywhere else has the potential to offer even more stimulus than the US is willing to do right now.

The Total Central Bank Balance Sheets Index continues to hold above the November low but a sustained move above $20 trillion will be required to offer a convincing signal of increasing global liquidity. 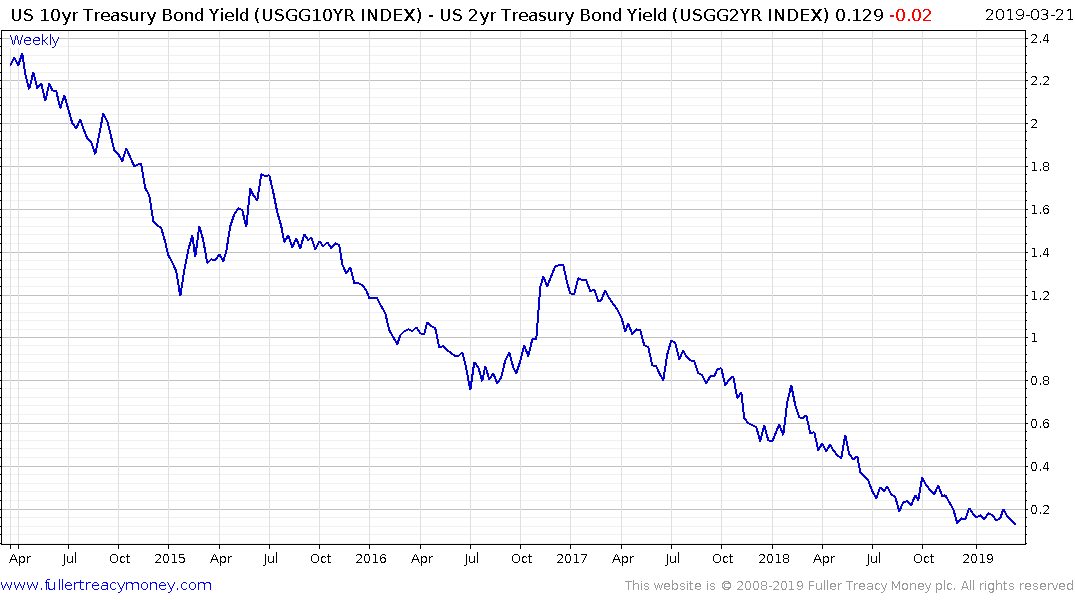 The yield curve spread has been contracting since early March and currently stands at 12 basis points. A negative reading for the measure (inversion) is one of the best lead indicators for future recessions we have. The lead it provides markets is anything from six to eighteen months and the stock market has a history of continuing for at least a few months after an inversion. 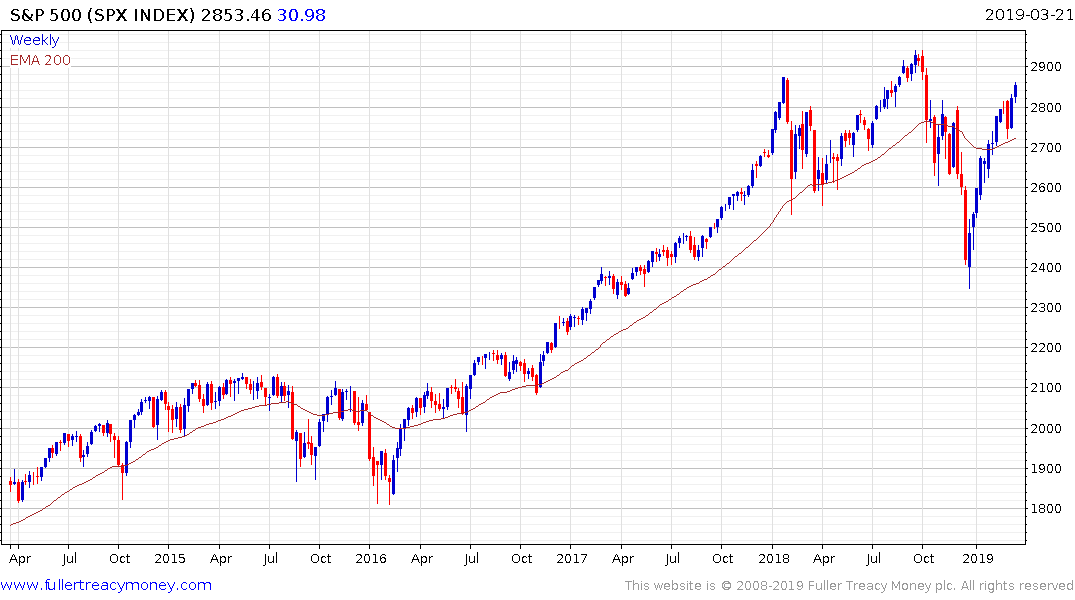 Generally speaking, the stock market tends to think of a rate pause as a positive development because it removes the perception of the headwind for future earnings. It is only when the central bank does in fact cut rates that investors begin to price in a recession.