Then there’s the prospect of another divisive campaign, and issues over Scotland’s future currency, the state of its finances, EU membership and the border with England coming to the fore again. That’s something many in Scotland remain unwilling to get into again.

“We haven’t demonstrated that we have the capability,” said Rachel Martin, 63, a bank worker in Glasgow, which as a city voted for independence seven years ago when the country as a whole rejected it. “I haven’t seen the politicians answer the questions that weren’t answered at the last referendum that we had.”

Sturgeon may need the political capital she’s been accruing since taking over as Scotland’s first minister and SNP leader following the 2014 vote to stay in the U.K.

Scotland voted for the status quo in both the independence referendum and the Brexit referendum. The demise of the Labour Party is a bigger story than the success of the Scottish Nationalist Party in many respects. During a time of economic and political strain people favour revolutionaries because they offer change. Labour’s vision has calcified and that has left a political vacuum which the SNP has filled. However, that does not mean Scotland is ready to approve independence when so many questions about what the new country would look like remain unanswered. It does however, put pressure on the Johnson administration to demonstrate how much better everyday life is after Brexit. 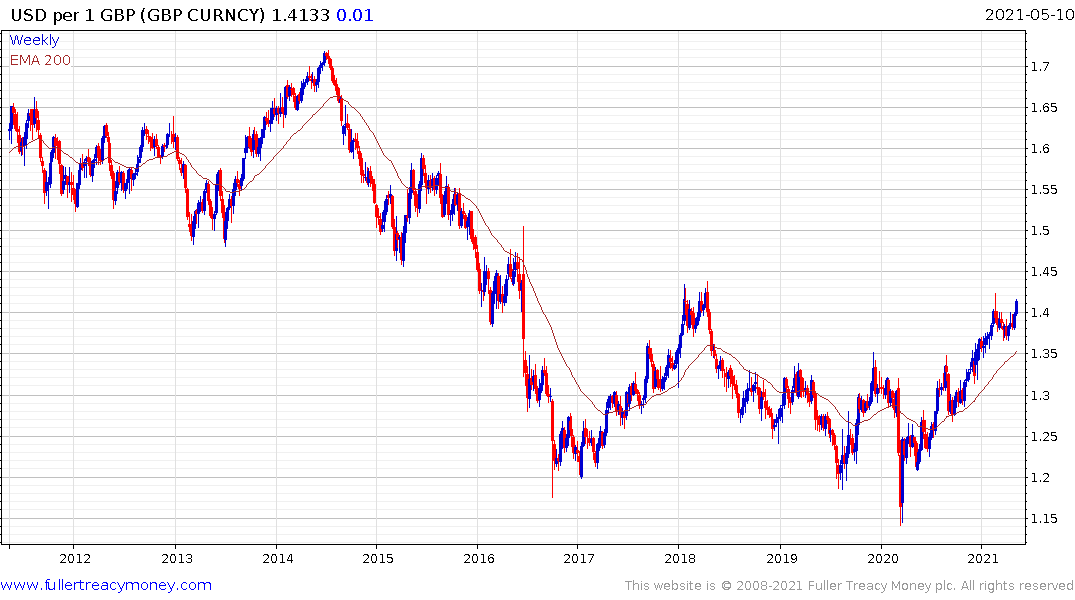 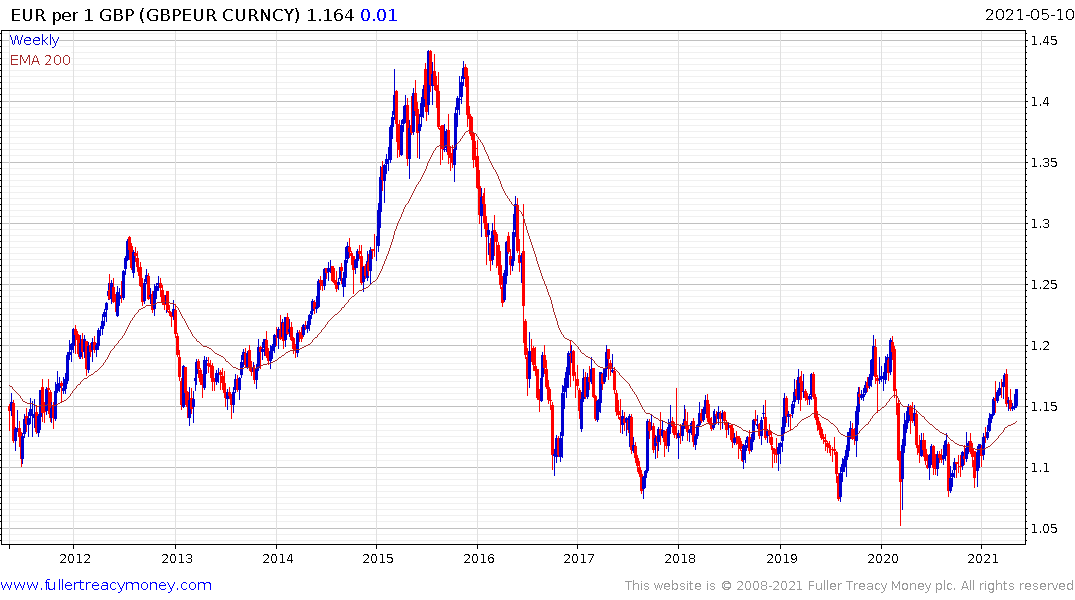 The Pound jumped higher today to reach a new closing high versus the Dollar and the confirming support at €1.15 against the Euro. The UK’s success in vaccinating much of the population and the increasingly rapid pace of opening back up is supporting the currency and encouraging international flows to reappraise the stock market. 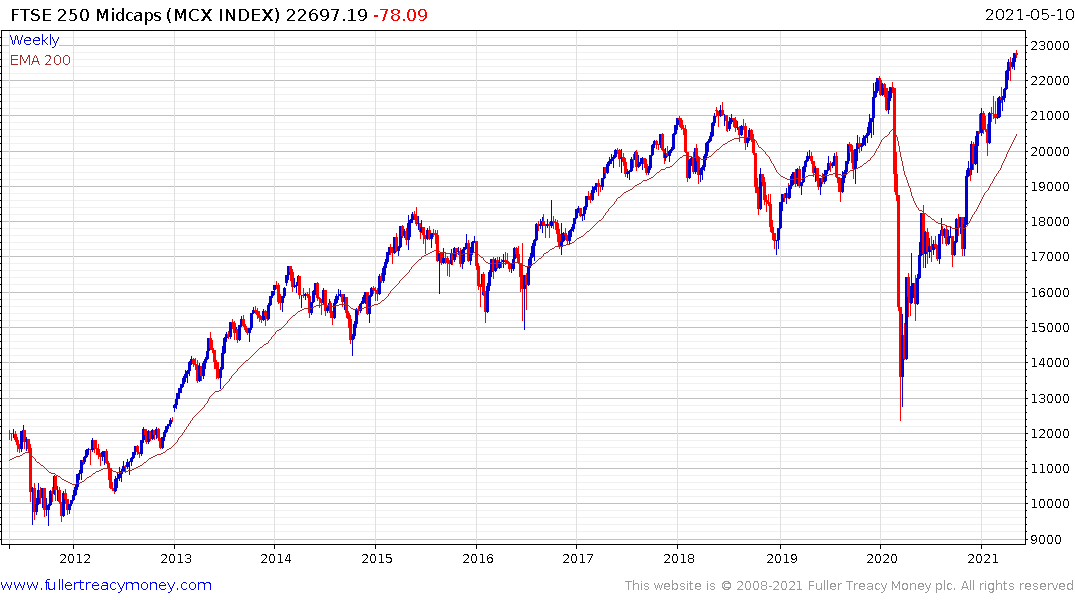 The FTSE-250 continues to hold the breakout to new highs. 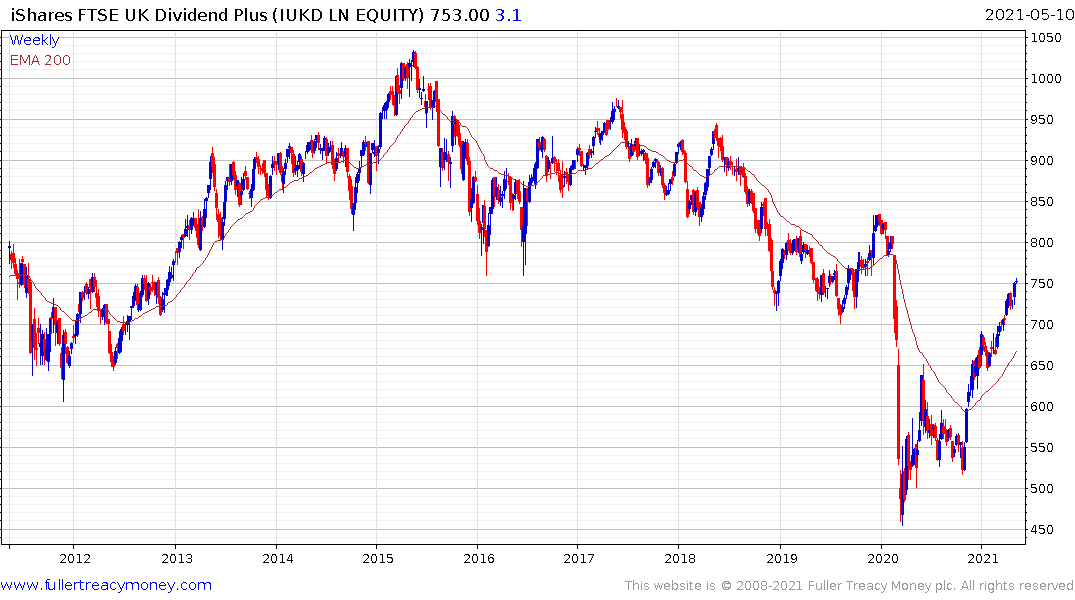 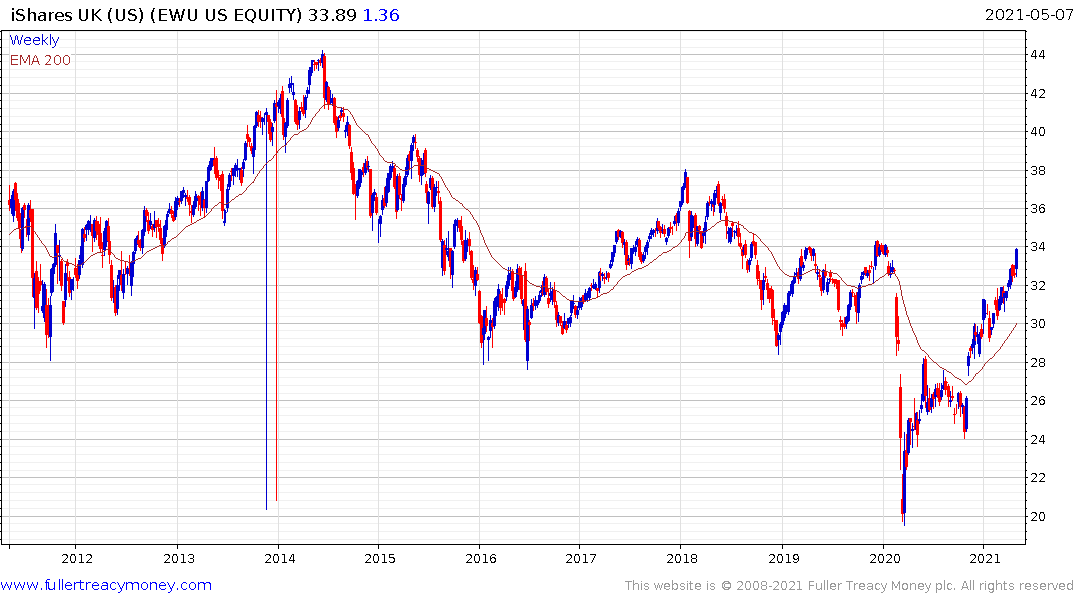 The US listed iShares MSCI UK ETF is back testing its peak from early 2020 and remains on an upward trajectory. 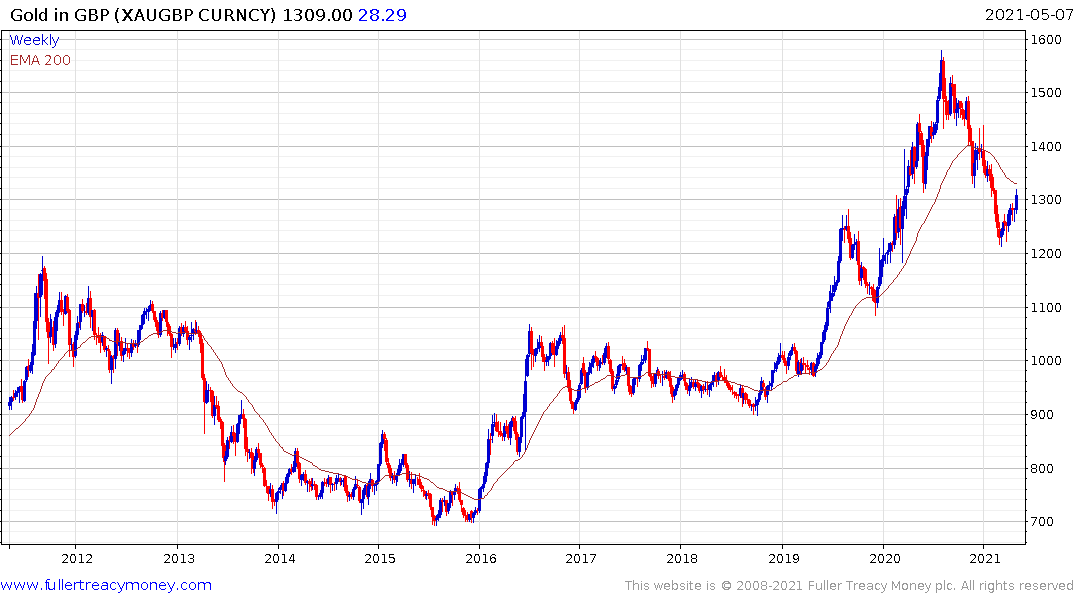 The price of gold in Pounds has pulled back by almost 25% since the August peak. It has rallied over the last few months to close the overextension relative to the trend mean but will need to sustain a move above £1300 to confirm a return to demand dominance beyond short-term steadying.