With May successfully seeing off the immediate threat to her government, she now has to turn her attention to plan B, which could involve bringing the divorce deal back to another vote. She invited rival parties to start talks following the Wednesday vote.

“The pound fallout should be contained as the prime minister is safe from a leadership contest,” Kamal Sharma, head of Group-of-10 currency strategy at Bank of America, wrote in a note before the confidence vote. “There is scope for sizable pound appreciation once the political risk premium is priced out.”

The U.K. currency has weakened about 14 percent since the result of the June 2016 Brexit referendum, and analysts in a Bloomberg survey see scope for a rally to $1.34 if a divorce deal is finally agreed on.

There are three primary interested parties in Theresa May’s new appetite for cross party talks. Some Conservatives want no deal but the majority do want a deal. The Labour Party wants to be in power so it will not endorse a fresh referendum while there is any chance the government will fall; triggering a general election which it hopes to win. The smaller Liberal Democrats, Scottish Nationalists and Plaid Cymru want a second referendum which they believe the Remain side will win. Meanwhile Theresa May probably still wants her deal to make its way through Parliament.

All of the involved parties believe they are acting in the country’s interests but have very different opinions as to how that might be achieved. I continue to think the most likely scenario is a delay to the Brexit schedule because the UK still has to figure out exactly what it wants, as a unified country capable of negotiating from a position of strength. 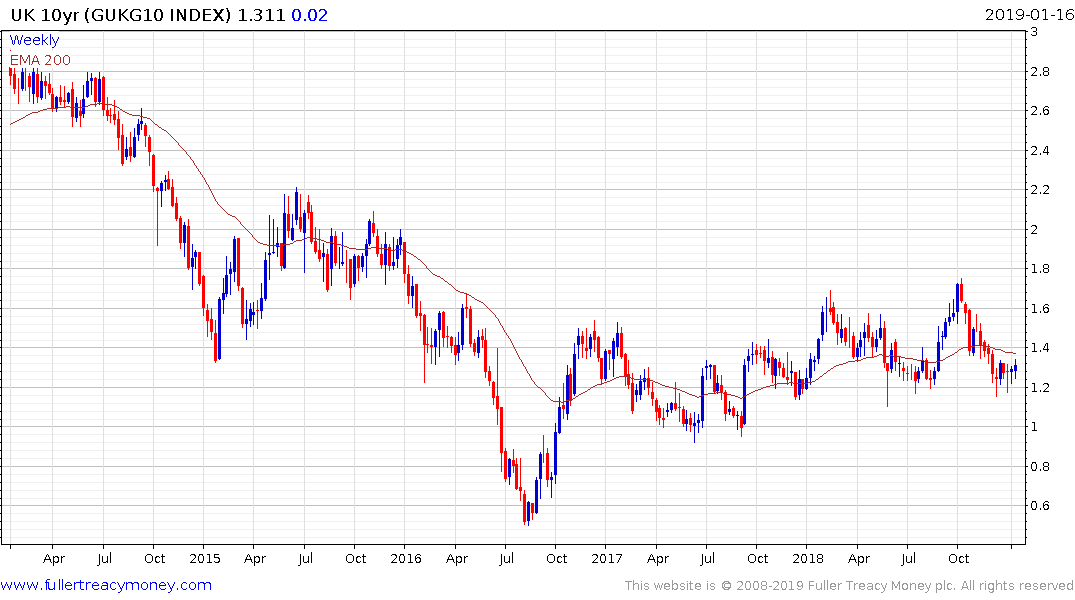 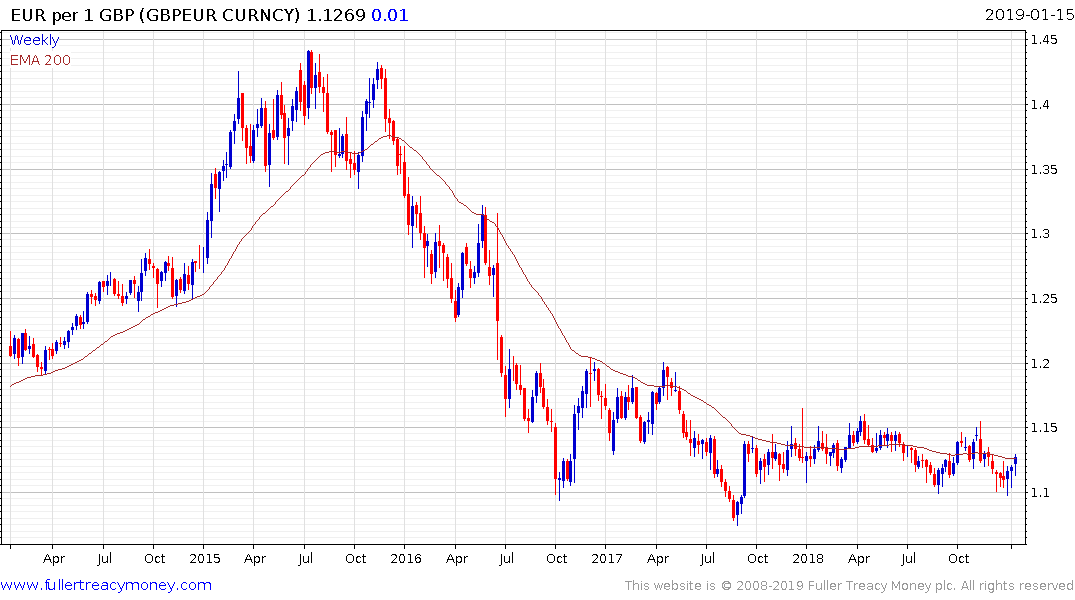 UK Gilts remain confined to a range while the Pound is steadying from the lower side of its range against the Euro. 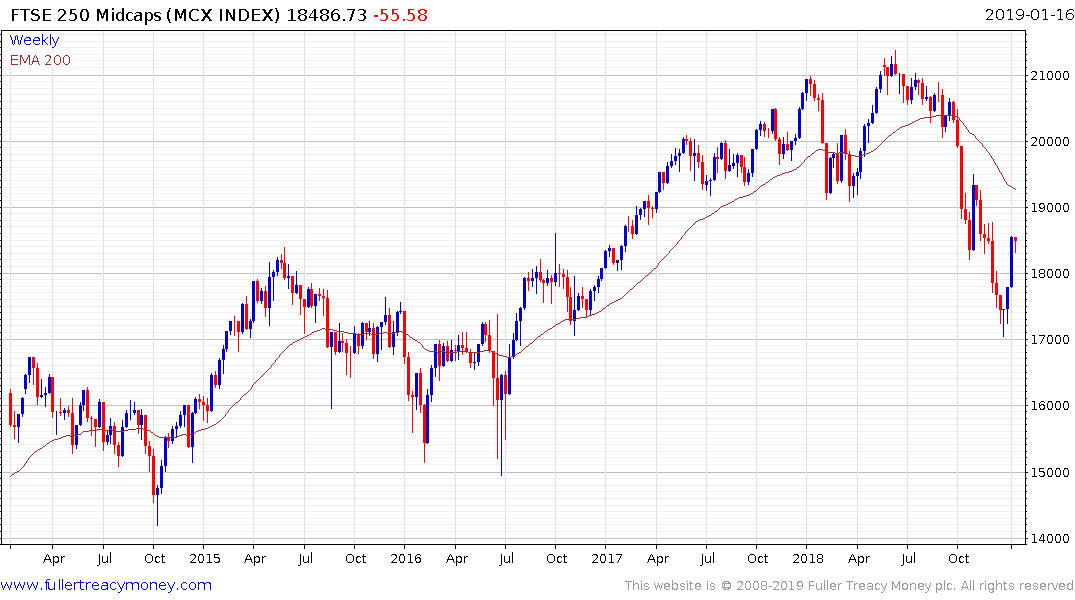 The FTSE-250 Index is unwinding its short-term oversold condition but needs to sustain a move above the trend mean to break the downtrend.

These charts suggest investors have adopted a wait and see approach to the UK market.