Mining Equity Outlook Q2/14 - Seasonality Buy in June Then Sell in September?
Comment of the Day

BMO Research expects 42% of the 136 stocks in its mining coverage universe to generate free cash flow in 2014E. In 2015E, the percentage is expected to increase to 56% of the entire stock coverage.

Iron ore and steel, then aluminum and diversified miners have the strongest FCF for 2014-2015E; coal, diamonds and copper have the weakest using spot.

Price to Earnings
BMO Research estimates for 2014E price to earnings at spot prices display a wide range of results. In general, most of the diversified, copper, iron ore, and steel producers tend to cluster around 10-15x EPS, while precious metal producers average around 25-35x EPS.

At spot prices, many coal, uranium, and aluminum producers would not be expected to report meaningful earnings

Free cash flow has been the buzz word in the mining sector over the last couple of years as companies have been forced by declining commodity prices to cut back on aggressive expansion programs. The net result has been a tighter supply environment in the industrial metal complex. Nickel has broken out of a six-month base while both zinc and lead are firming from previous areas of support and look primed for additional upside. 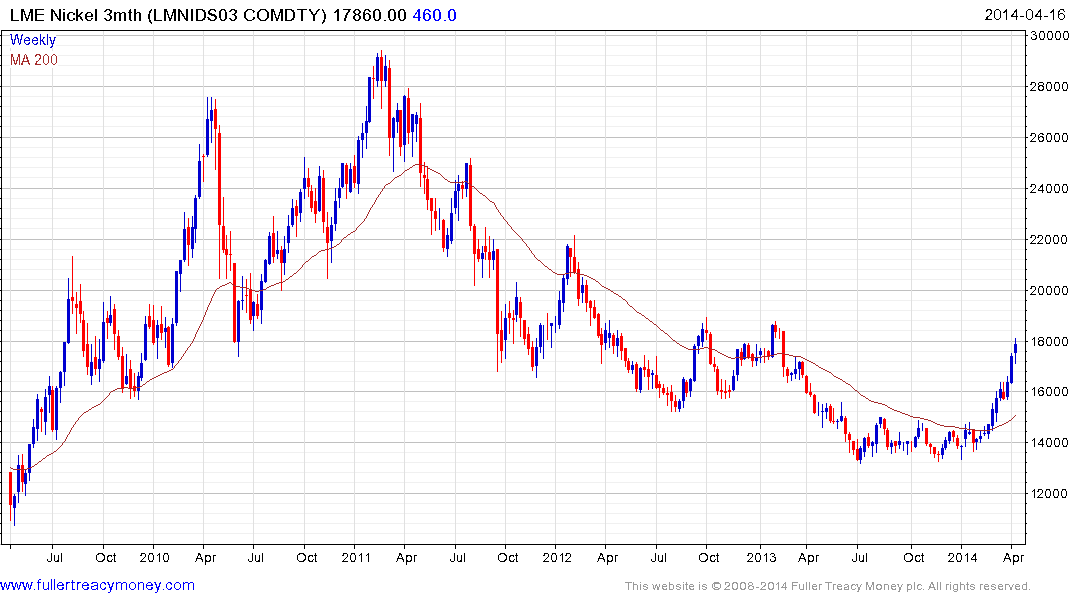 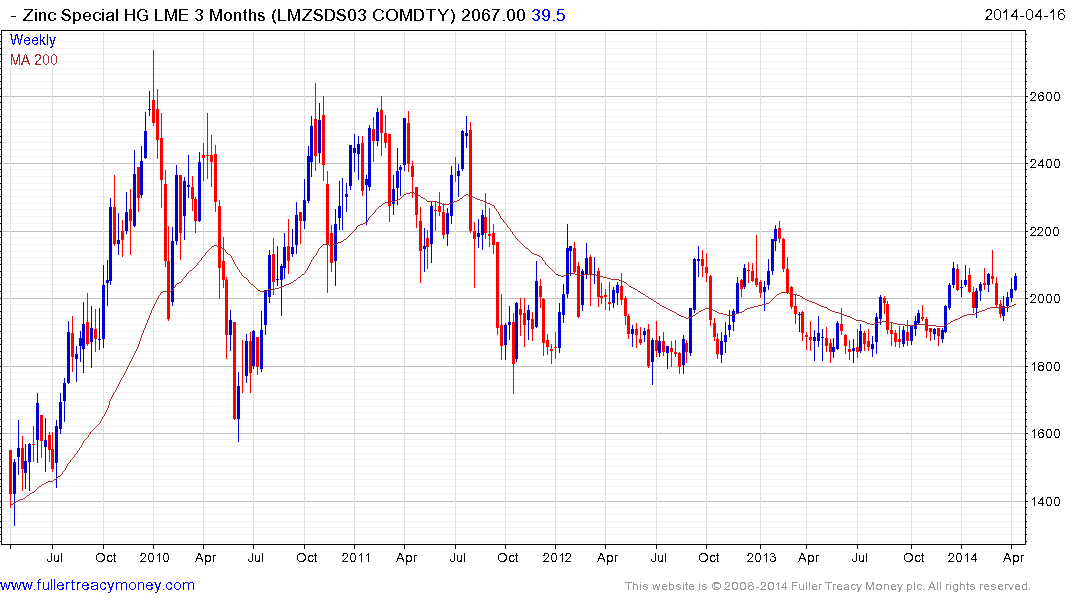 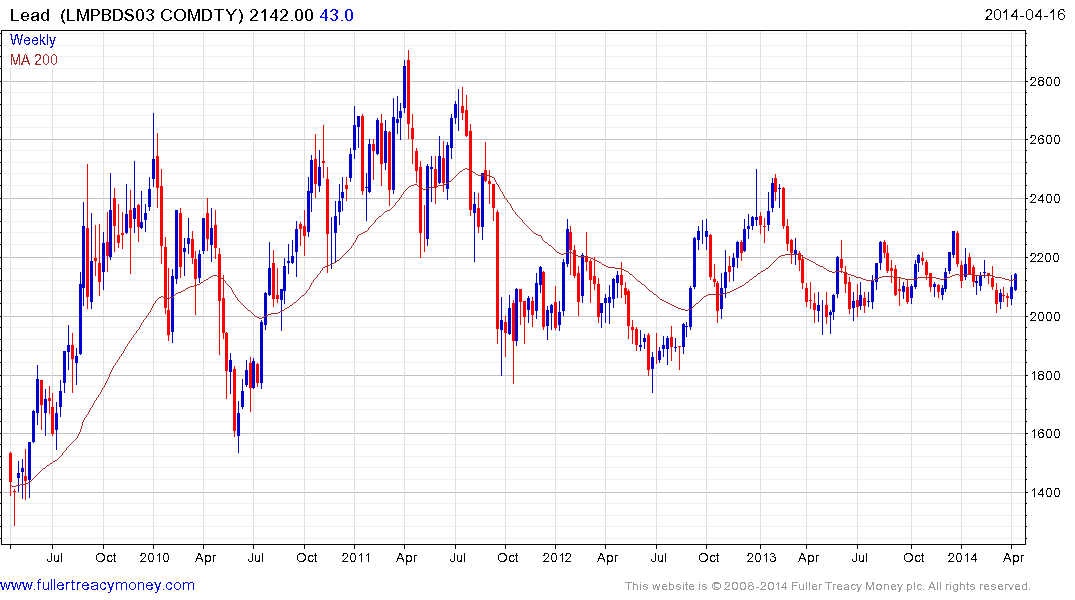 Much of the mining sector trended lower for nearly three years. The steady pace and persistence of the decline gave ample opportunity to anyone who wanted to sell to liquidate their positions. It is reasonable to assume that those still holding the shares represent a core of long-term investors rather than what might be considered weak holders. Base formation development is underway and breakouts to new 12-month highs would signal returns to medium-term demand dominance for companies like BHP Billiton, Rio Tinto, VALE, Anglo American and Glencore/Xstrata. 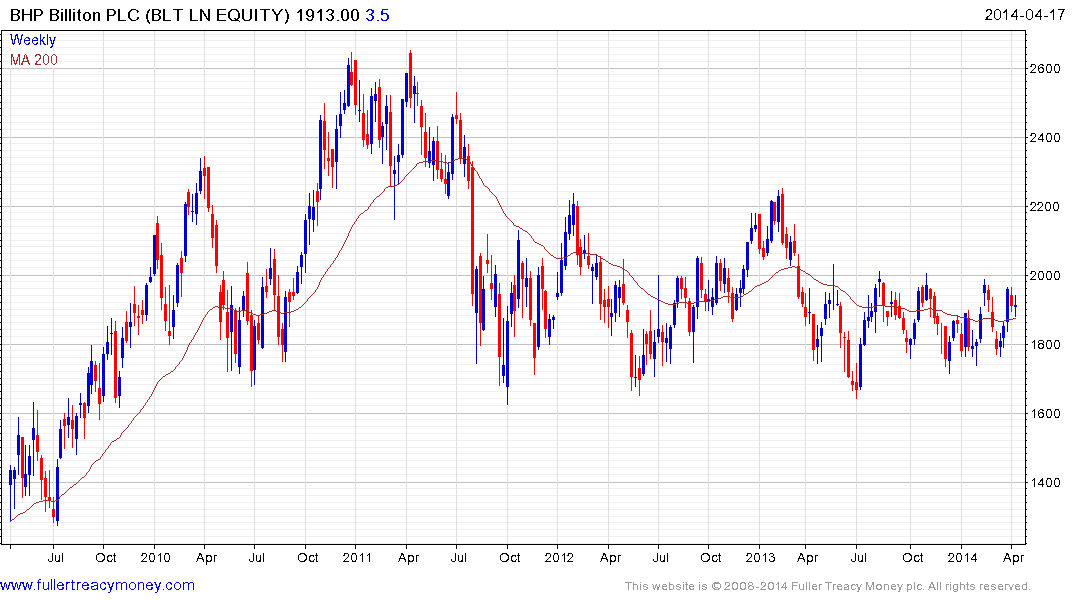 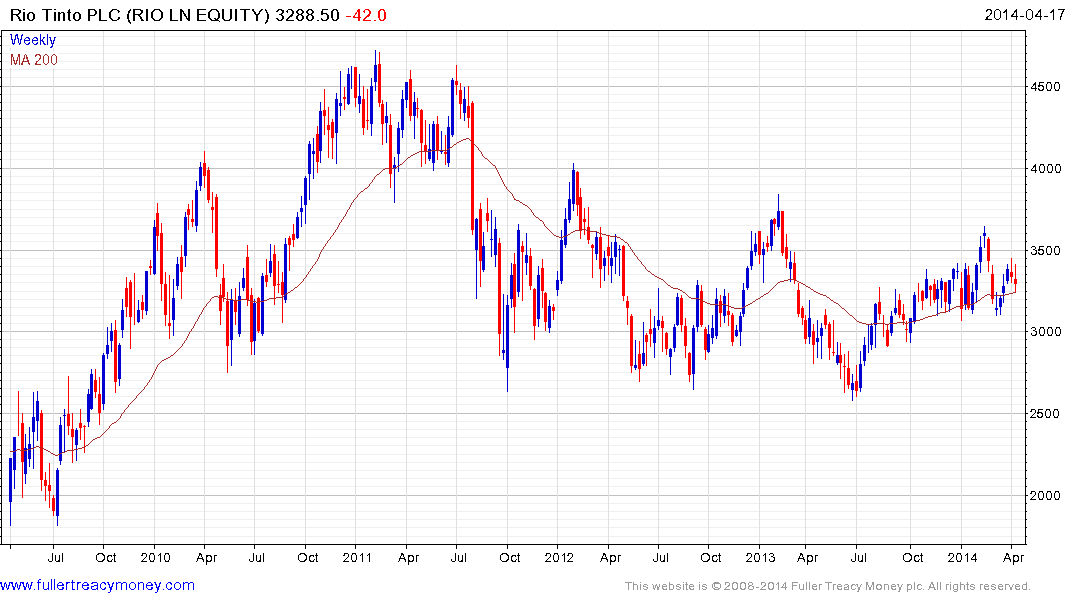 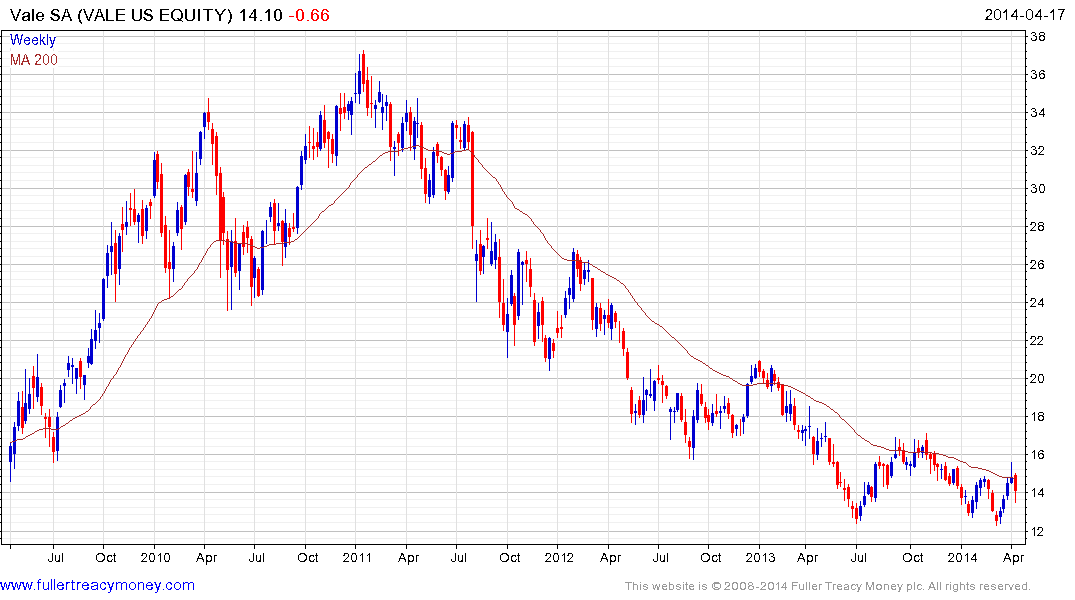 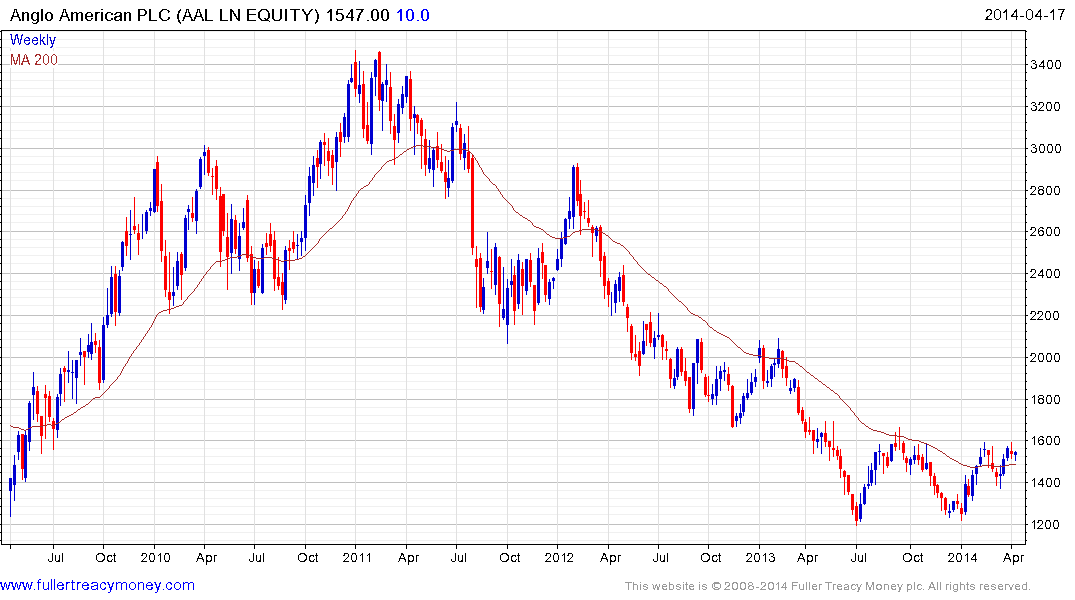 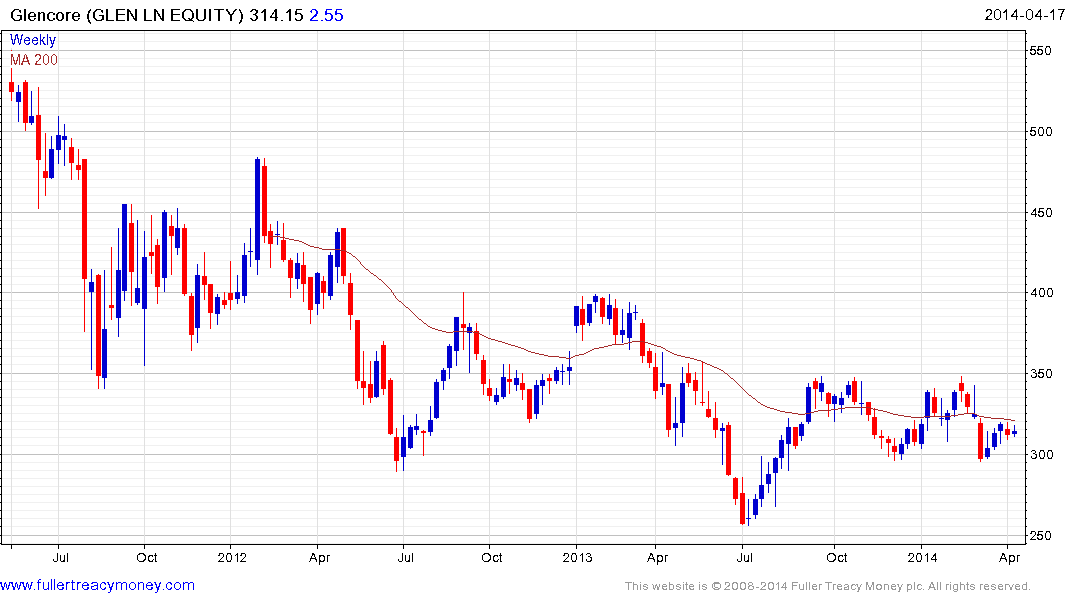 An additional consideration is that the FTSE-100 has been ranging in the region of the upper side of its 14-year range for much of the last year and is 25% weighted by miners and oil and gas companies. A more favourable outlook for these sectors could see the Index breaking out which could also act as a bullish catalyst for many of its constituents. 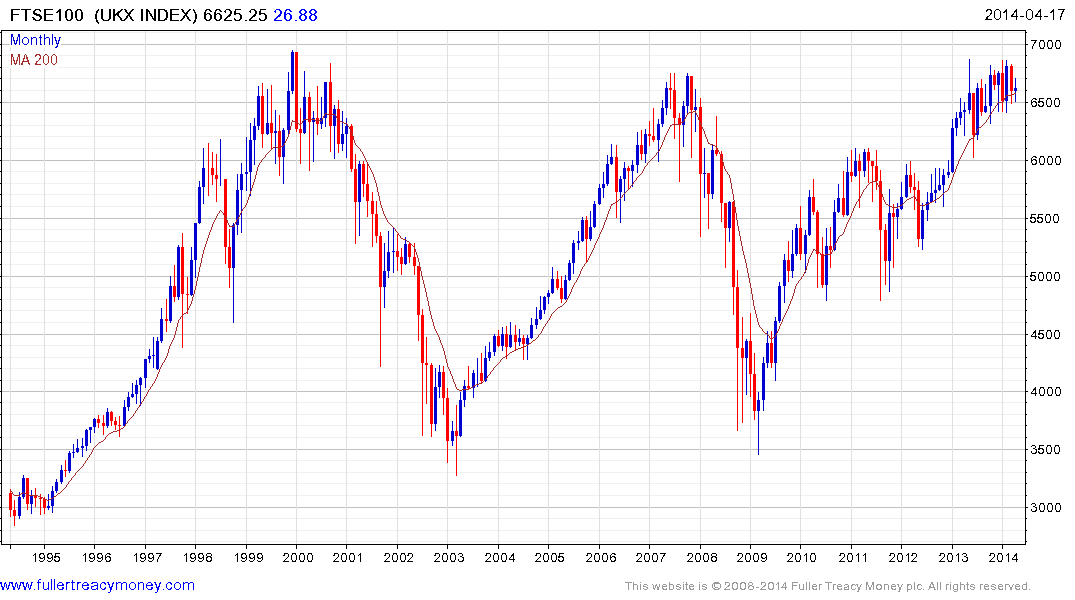